Top Ten Tuesday: Ten Authors that I Read for the First Time This Year 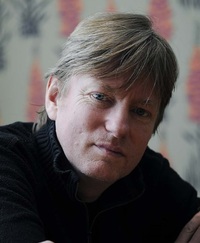 1. Michel Faber
I read The Crimson Petal and the White in April of this year and absolutely fell in love with Faber's writing. He has such a flowing, effortless style that gripped me and dragged me into his story. I then knew I had to read more of his work, and picked up The Book of Strange New Things, which is so different from The Crimson Petal and the White, but just as magnificent. He has so much range in what he writes about, which I truly discovered when I read yet another one his novels, Under the Skin, which was insanely bizarre. Long story short: Faber is a masterful author and I cannot wait to read more of his already published work (as he is no longer writing :( ). 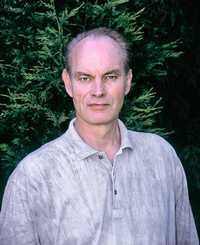 2. David Gemmell
David Gemmell's name is thrown around the fantasy book world all the time, so I finally decided to try his books out with Lord of the Silver Bow, the first in his Troy series. I also love Ancient Greece (you know, if that hasn't been mentioned by now), so I had high hopes for his Troy series. Gemmell's writing is exciting and detail-oriented, and I am really hoping to read more by him next year.

3. Philippa Gregory
I know, I'm a little late to the Philippa Gregory party, but I somehow picked up Wideacre at the beginning of the year and was shocked by how horrible the main character was and how much I didn't like the book... but at the same time, I could never put it down, which made me intrigued by her talented writing style. I recently picked up The Other Boleyn Girl (finally), as I am a big historical fiction fan - particularly the Tudor era - and loved it. I was not bored for one minute while reading that book, as Gregory's writing is so entertaining that it is nearly impossible to put down. 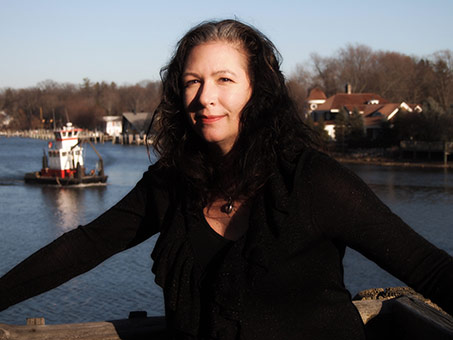 4. Jacqueline Carey
Carey's reputation as one of the best fantasy authors is well-earned. I finally read Kushiel's Dart this year, and while I didn't follow all the details (so many names and places and politics!), I was blown away by how detailed and well-developed her fantasy world is. If you like epic fantasy, fantasy with highly developed world, or political fantasy - read Kushiel's Dart! I am dying to read more of her work! 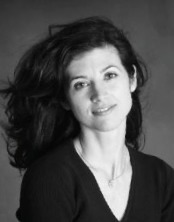 5. Candice Millard
Millard is easily one of my favorite nonfiction writers, and I would not have discovered her work if I had not been sent an ARC of Hero of the Empire, which then prompted me to read The River of Doubt and Destiny of the Republic. She writes in such an engaging style that you forget it's not fiction sometimes, and her books are also incredibly well-researched and unique in theme, focusing on a particular time in each subject's life (i.e., Theodore Roosevelt's exploration of the Amazon, Winston Churchill's capture during war).

6. Jay Kristoff
I never realized Kristoff was the author of the popular book Illuminae until I finished my ARC of Nevernight and began searching desperately for more by Kristoff. He is such a creative writer and I fell in love with his writing in Nevernight; I really can't wait to see what else he has in store for future works.

7. Han Kang
Han Kang is a South Korean writer that really seemed to take the book world by storm this year. The Vegetarian was such a heavy read, and the style was simplistic, but at the same time chock-full of meaning and intrigue with each line. Her words and themes stick with me long after reading, and I am so glad I finally picked up her book this year.

8. John Williams
I read Stoner this year, and by god, I need more John Williams. Stoner wasn't exactly a 'thrilling' novel, but Williams writing style is really engaging and honest, and something about it just made me fall in love. I really hope I get to some other books by Williams this year, as Stoner has earned a spot as one of my favorite books.

9. Victoria/V. E. Schwab
Yes, yes, I know - how have I not read V. E. Schwab yet!? Well, I finally rectified that this year with A Darker Shade of Magic and This Savage Song, both of which I loved. This woman knows how to create strong world-building, well-developed characters, and complicated yet understandable storylines that always leave me wanting more.

10. Edna O'Brien
So I first heard about Edna O'Brien, a native Ireland author, from a large article/interview spread in Smithsonian magazine. Her words captivated me in the interview, so I immediately requested Into the Woods, from my local library, which is based on a true story about a killer. This book was difficult to read because of the alternative perspectives and writing style, but something about it really drew me in and has made me much more interested in reading more from O'Brien.


Have you read anything by these authors? Who are some great authors you discovered this year?
Posted by Jordan @ForeverLostinLiterature at 7:02 AM