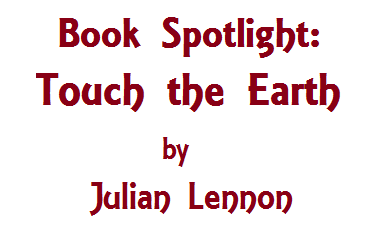 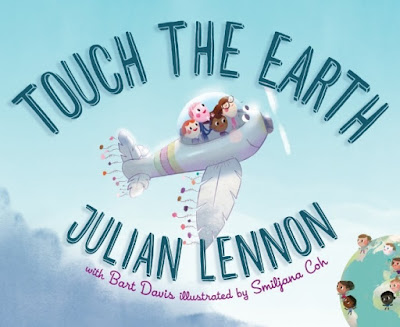 About the Touch the Earth (from the publisher): 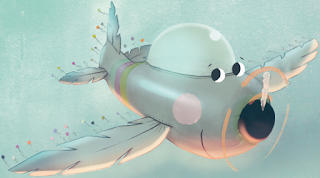 From internationally known singer, songwriter, and environmental activist Julian Lennon—along with New York Times bestselling author Bart Davis and beloved Croatian illustrator Smiljana Coh—comes TOUCH THE EARTH, an inspiring and lyrical story about how children can change the word and make it a better place.

In this debut picture book, readers will jump aboard the White Feather Flier, a magical plane that can go wherever you want, just point it up in the air, or down into the water. The White Feather Flier’s mission is to take children to places all over the world, engage them in helping to save the environment, and teach them how to keep it clean for future generations.

A passion project that comes from the heart, this stunningly illustrated book is inspired by the white feather he was given by his father when he was young. TOUCH THE EARTH is the first in a planned trilogy of similarly-themed picture books, and each will be released one year apart on Earth Day. A thrilling interactive experience à la Press Here, readers will participate in the action by pushing buttons within the book to help “fly the plane.”

Lennon has written an original poem to accompany the release of this legacy book, and all proceeds will be donated to the White Feather Foundation.

Blurbs about Touch the Earth:

“When a book takes you on an adventure, it’s a good thing and allows you to think about something in a new way. When a book also reminds us how to treat what we have, it’s even better because it’s a win win. That’s exactly what Julian has done with his book. . . . He’s given us a win win.” —Whoopi Goldberg

“I’ve always admired Julian Lennon’s singing, because for all he has seen of the world, his melodies contain such childlike wonder . . . his words, too. Buy this book, and his words turn into actions.” —Bono

When I was contacted by Sky Pony Press about Touch the Earth, I was excited to have the opportunity to check out such a unique and beautiful book. This is a truly adventurous, one-of-a-kind reading experience that I highly recommend to anyone with young children in their lives. Touch the Earth is a wonderfully interactive way to teach kids about the importance of the earth and protecting the environment. The book itself becomes a plane of sorts that urges kids to press the 'buttons' and direct the plane in various directions. It's a ton of fun--definitely check this one out. :)


About the Authors and Illustrator: 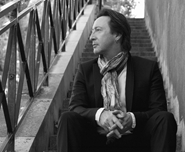 Julian Lennon (author) is a Grammy-nominated singer-songwriter, photographer, documentarian, and philanthropist. Born in Liverpool, England, Lennon is an observer of life in all its forms developing his personal expression through his artistic endeavors. In 2007, Lennon founded the global environmental and humanitarian organization The White Feather Foundation whose key initiatives are education, health, conservation, and the protection of indigenous culture. 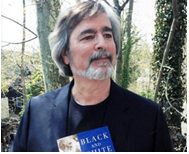 Bart Davis (author) is an international bestselling author of novels and nonfiction books. His most recent is Black and White—The Way I See It, the biography of Richard Williams, father of tennis champions Venus and Serena Williams. He has also written two feature films and a wide range of print articles. Davis lives in New York City.

Smiljana Coh (illustrator)is an artist who studied film animation and combines traditional and digital illustration techniques in her work. She has illustrated thepicture books I Want to Be a Ballerina and wrote and illustrated The Seven Princesses. She lives in Croatia and can be found online at cohillustration.com.

Never miss a post of bookish fun by subscribing to Forever Lost in Literature!
Posted by Jordan @ForeverLostinLiterature at 7:23 AM