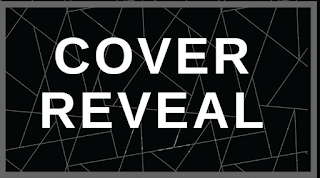 Today I am excited to announce my involvement in the cover reveal for Jesse Teller's upcoming release, Hemlock! Without further ado, please feast your eyes upon this beauty: 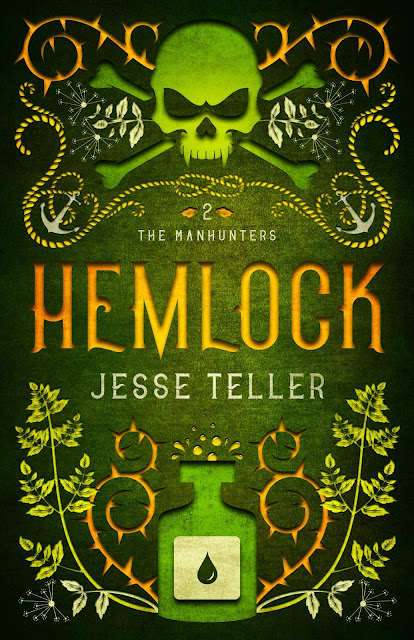 "The busiest pirate bay in Perilisc is newly infested with vampires. These monsters will soon overrun the world, but the Manhunters must try to stop them in secret. Agents of the king are hunting the vigilante crew. With one false step, they could all end up at a royal execution."

Jesse Teller fell in love with fantasy when he was five years old and played his first game of Dungeons & Dragons. The game gave him the ability to create stories and characters from a young age. He started consuming fantasy in every form and, by nine, was obsessed with the genre. As a young adult, he knew he wanted to make his life about fantasy. From exploring the relationship between man and woman, to studying the qualities of a leader or a tyrant, Jesse Teller uses his stories and settings to study real-world themes and issues. He lives with his supportive wife, Rebekah, and his two inspiring children, Rayph and Tobin.

Be sure to catch up with the Manhunters book one, Song!

"Some of the darkest minds in Perilisc attacked Mending Keep, releasing all its prisoners. Despite his strained relationship with the crown, Rayph Ivoryfist calls old friends to his aid in a subversive attempt to protect King Nardoc and thwart terrorist plots to ruin the Festival of Blossoms. But someone else is targeting Rayph, and even his fellow Manhunters might not be enough to save him."

“Fantasy that comes alive, with no holds barred, from start to finish. Mr. Teller’s storytelling is bold, his characters are fierce and his plot is a fascinating twist of scenes and events that are spellbinding.” —Tome Tender Book Blog

“A ton of action and fighting scenes. On top of that, the world building was so ‘otherworldly’ even when not much was going on, it was still interesting because it’s so different from our own world.” —The Weatherwax Report

“If you are the kind of person who loves super powerful wizards or swordsmen battling it out in very descriptive battle scenes with a high body count that remind me of battles right out of an Avengers movie then this is the book for you.” —The Nerd Book Review

“One of Teller’s greatest skills is relationships. Not romantic quest love relationships, but bonds between people and spirits. These bonds draw the readers in sometimes more than the story lines do because they are so powerful and relatable.” —Literary Titan

“A plotline that flowed really well from beginning to end.… Very difficult to put down. I rather enjoyed this one. I’m excited to see where the story goes in the next volume of The Manhunters.” —Kristen Reads Too Much

“Teller is a skilled storyteller, with some outstanding worldbuilding. This is a fully realized world that we’re dropped into, with interesting mythology, demons and magic that doesn’t need to explain itself to us – indeed, the mystery makes it more alluring.” —Tome and Tankard

Posted by Jordan @ForeverLostinLiterature at 6:57 AM