Can't Wait-Wednesday: Foundryside by Robert Jackson Bennett & The Silence of the Girls by Pat Barker 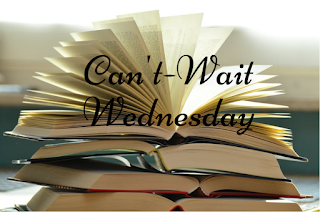 "In a city that runs on industrialized magic, a secret war will be fought to overwrite reality itself--the first in a dazzling new fantasy series from City of Stairs author Robert Jackson Bennett.

Sancia Grado is a thief, and a damn good one. And her latest target, a heavily guarded warehouse on Tevanne's docks, is nothing her unique abilities can't handle.

But unbeknownst to her, Sancia's been sent to steal an artifact of unimaginable power, an object that could revolutionize the magical technology known as scriving. The Merchant Houses who control this magic--the art of using coded commands to imbue everyday objects with sentience--have already used it to transform Tevanne into a vast, remorseless capitalist machine. But if they can unlock the artifact's secrets, they will rewrite the world itself to suit their aims.

Now someone in those Houses wants Sancia dead, and the artifact for themselves. And in the city of Tevanne, there's nobody with the power to stop them.

To have a chance at surviving--and at stopping the deadly transformation that's under way--Sancia will have to marshal unlikely allies, learn to harness the artifact's power for herself, and undergo her own transformation, one that will turn her into something she could never have imagined."
I was just granted access to the ARC of this one, but I'm still really excited for its release! The entire magic system and concept sounds fascinating, so I can't wait to see what it's all about. Plus, I'm already hearing great things about it.

"From the Booker Prize-winning author of the Regeneration trilogy comes a monumental new masterpiece, set in the midst of literature's most famous war. Pat Barker turns her attention to the timeless legend of The Iliad , as experienced by the captured women living in the Greek camp in the final weeks of the Trojan War.

The ancient city of Troy has withstood a decade under siege of the powerful Greek army, who continue to wage bloody war over a stolen woman--Helen. In the Greek camp, another woman watches and waits for the war's outcome: Briseis. She was queen of one of Troy's neighboring kingdoms, until Achilles, Greece's greatest warrior, sacked her city and murdered her husband and brothers. Briseis becomes Achilles's concubine, a prize of battle, and must adjust quickly in order to survive a radically different life, as one of the many conquered women who serve the Greek army.

When Agamemnon, the brutal political leader of the Greek forces, demands Briseis for himself, she finds herself caught between the two most powerful of the Greeks. Achilles refuses to fight in protest, and the Greeks begin to lose ground to their Trojan opponents. Keenly observant and cooly unflinching about the daily horrors of war, Briseis finds herself in an unprecedented position to observe the two men driving the Greek forces in what will become their final confrontation, deciding the fate, not only of Briseis's people, but also of the ancient world at large.

Briseis is just one among thousands of women living behind the scenes in this war--the slaves and prostitutes, the nurses, the women who lay out the dead--all of them erased by history. With breathtaking historical detail and luminous prose, Pat Barker brings the teeming world of the Greek camp to vivid life. She offers nuanced, complex portraits of characters and stories familiar from mythology, which, seen from Briseis's perspective, are rife with newfound revelations. Barker's latest builds on her decades-long study of war and its impact on individual lives--and it is nothing short of magnificent."

I just received access to the ARC of this one too and I'm thrilled. I am an absolute sucker for any Ancient Greek/Roman-inspired story or retelling and will almost always pick them up, so this was an immediate 'must-read' for me. A lot of these types of books are super hit or miss, but I have high hopes that this will be wonderful!

Posted by Jordan @ForeverLostinLiterature at 6:42 AM