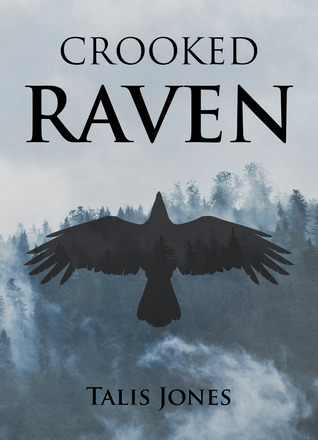 
"'Sometimes you must let go of who you were to
embrace what you could become.”
“And if that damns me to Hell?” she asked.
He smiled. “Then we shall meet again."

There is an island that protects the young not because they are lost, but because they were taken. The Island of Oneiroi is not a mere destination for children and dreamers – it’s a sanctuary for the murdered and vengeance has come.

Adrianna Verdandi holds the cooling corpse of her foster brother, Geoffrey Martinez, when a curious stranger turns up with an invitation of passage to an impossible realm. Little did she know that accepting a second chance would bind their fates to the very darkness they flee from.

Time is of the essence, the rebels are rising up, ancient forces stir in the northern woods, and through it all a strange sailor named Titus watches bemused, shrewd, and knowing far more than he is willing to divulge about this ruthless game for power.

The darkness isn’t coming. It’s already there, walking in your shadow."

Crooked Raven is an imaginative tale set on the Island of Oneiroi, a place where children are protected and that acts as a bit of a different sort of afterlife for many. There is definitely a very Peter Pan sort of vibe from the story, but Jones makes this story wholly unique and full of adventure. Still, there is a bit of a classic overtone that lingers throughout the book in the best way possible and that really drew me in.

For some reason, however, it took me a little while to initially become engrossed in this story. I felt a bit confused at many times in the very beginning of the book, though at some point I realized that all of my confusion was slowly melting away and I was beginning to find myself more engaged in the characters, the plot, and the world itself. There are also plenty of unexpected twists and turns that kept me turning the pages and waiting to find out more about this new land and the conflict that currently brews there.

The main characters we follow are a pair of siblings, Adrianna and Geoffrey, as they are thrust into an unexpected direction. I was pleasantly surprised by how much I enjoyed reading these characters and caring about both their present struggles and the background that led them to their present. I wasn't initially drawn to either of them so it took a little while to develop a connection, but I soon grew to really feel attached to these characters and couldn't help but root them on. I liked following Adrianna a bit more and thought she was a particularly well developed character. She wasn't perfect, she wasn't horrible--she was very human, and I appreciated that.

Jones' writing style itself is lovely. She has a very unique and engaging way of writing that completely drew me in and made me really appreciate the obvious care she puts into each word and sentence. The only issue I occasionally had with the writing was that it felt slightly choppy and inconsistent at times, though this seemed to be more of an overall writing/editing/plotting issue rather than a stylistic one, as Jones' voice remained strong at all times.

I also loved the themes explored in Crooked Raven as well, such as bravery, goodness, and justice--all of which sound like very common ideas, but the way they are conveyed throughout the story really bring them to life. It left me curious to see what the rest of the series will be like, and I appreciated that this book wrapped up enough of the story to make me satisfied, but also left enough to keep me excited for the next book.

Overall, I decided to give Crooked Raven four stars! Although there were some issues here and there, I have to say that I overall genuinely enjoyed exploring this world and finding out what would happen next in the story.

*I received a copy of Crooked Raven courtesy of the author in exchange for an honest review. This has no effect on my rating of the novel.*

Buy the book: Amazon
Posted by Jordan @ForeverLostinLiterature at 7:17 AM