Can't-Wait Wednesday: Queen of the Conquered by Kacen Callender & Songs from the Deep by Kelly Powell

"An ambitious young woman with the power to control minds seeks vengeance against the royals who murdered her family, in a Caribbean-inspired fantasy world embattled by colonial oppression.

Sigourney Rose is the only surviving daughter of a noble lineage on the islands of Hans Lollik. When she was a child, her family was murdered by the islands’ colonizers, who have massacred and enslaved generations of her people—and now, Sigourney is ready to exact her revenge.

When the childless king of the islands declares that he will choose his successor from amongst eligible noble families, Sigourney uses her ability to read and control minds to manipulate her way onto the royal island and into the ranks of the ruling colonizers. But when she arrives, prepared to fight for control of all the islands, Sigourney finds herself the target of a dangerous, unknown magic.

Someone is killing off the ruling families to clear a path to the throne. As the bodies pile up and all eyes regard her with suspicion, Sigourney must find allies among her prey and the murderer among her peers... lest she become the next victim."
I'm not sure if I've ever read a Caribbean-inspired fantasy world, so that alone draws me to this one! I'm also really into the idea that the protagonist is actually the one who wants power and is actively trying to get it--usually we always follow protagonists that don't want power or something! 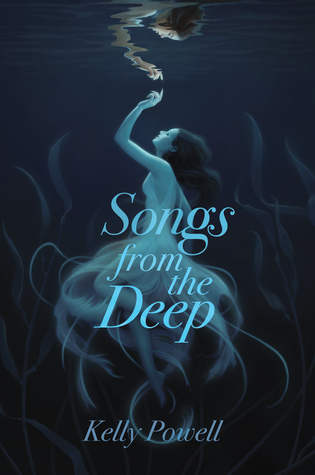 "A girl searches for a killer on an island where deadly sirens lurk just beneath the waves in this gripping, atmospheric debut novel.

The sea holds many secrets.

Moira Alexander has always been fascinated by the deadly sirens who lurk along the shores of her island town. Even though their haunting songs can lure anyone to a swift and watery grave, she gets as close to them as she can, playing her violin on the edge of the enchanted sea. When a young boy is found dead on the beach, the islanders assume that he's one of the sirens’ victims. Moira isn’t so sure.

Certain that someone has framed the boy’s death as a siren attack, Moira convinces her childhood friend, the lighthouse keeper Jude Osric, to help her find the real killer, rekindling their friendship in the process. With townspeople itching to hunt the sirens down, and their own secrets threatening to unravel their fragile new alliance, Moira and Jude must race against time to stop the killer before it’s too late—for humans and sirens alike."
I love a good siren and I'm interested to see how those elements are incorporated into this story!