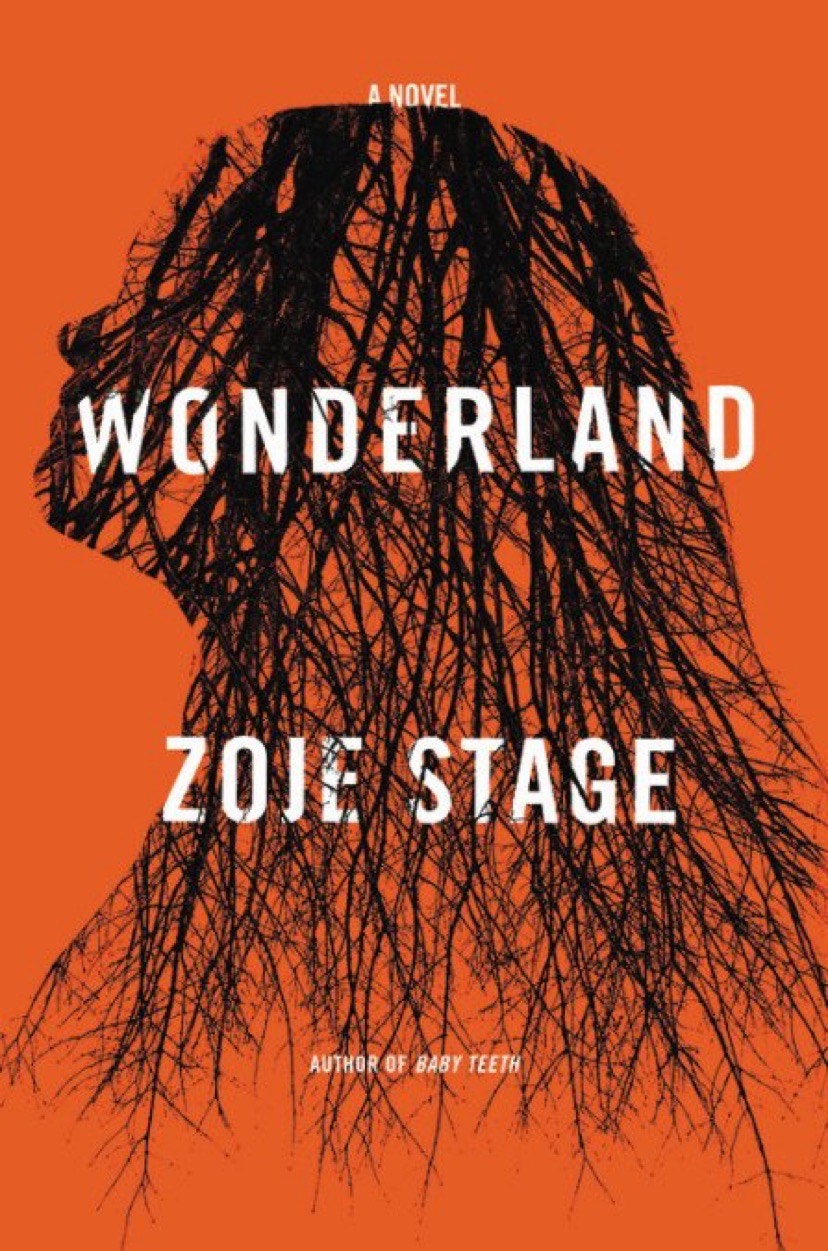 
"The Bennett family - artist parents and two precocious children - leave their familiar urban surroundings for a new home in far upstate New York. They're an hour from the nearest city, a mile from the nearest house, and everyone has their own room for the very first time. Shaw, the father, even gets his own painting studio, now that he and his wife Orla, a retired dancer, have agreed that it's his turn to pursue his passion.

But none of the Bennetts expect what lies waiting in the lovely woods, where secrets run dark and deep. Orla must finally find a way to communicate with - not just resist - this unknown entity that is coming to her family, calling to them from the land, in the earth, beneath the trees ... and in their minds."

I didn't initially plan to make Wonderland a mini review, but once I started writing about it I realized that I didn't really want to go too in-depth about different themes and plot or character points because I think a lot of my enjoyment came from the chilling build-up of the mysterious and creepy unknown. Wonderland follows Orla and her husband, Shaw, as they decide to move to a reclusive cabin in the woods with their two children, Eleanor Queen and Tycho (and yes, I had some issues with those names...). Unfortunately, hat is meant to be a relaxing and charming location turns out to be a haunting and creepy experience where even nature seems to turn against them.

What I liked: Wonderland has an incredibly strong atmosphere that made it hard not to be drawn into this secluded house in the woods setting. It completely captured the dark and foreboding environment of the woods around the house and within the house itself, in addition to a magnificent large and twisty tree that sort of takes center stage a few times and really becomes an additional character in the book. I was really invested in watching the slow descent of the characters from feeling relatively happy, to unease, to sheer fright at not knowing what will befall them next. I also really liked how nature itself played such a large role as a sort of antagonist to this unsuspecting family and I found myself having a hard time putting this book down because I just had to know what was going to happen next.

What I didn't like: The main reason this book didn't ending up getting a full five stars is because things do a get a bit weird at the end. It doesn't completely ruin the whole book that built up to it, but it does take a while a little bit from the chilling and carefully laid-out build-up to the final moment. What happens is definitely still a bit chilling, but it's also a little head-scratching at times. I also didn't find myself overly connected to the characters and felt some of their actions were occasionally odd, but overall this didn't really affect my rating as I still really enjoyed following them and learning more about them.

Overall, I recommend Wonderland to anyone who loves a creepy atmosphere or the favorite trope of being stuck out in a house in the middle of the woods where nature seems to be against you and, well, you never know what's going to happen! I've given Wonderland 4.5 stars--I was hooked the entire time!

*I received an ARC of Wonderland courtesy of Mulholland Books in exchange for an honest review. This has no effect on my rating or enjoyment of the novel.*