Review: The Library of Legends by Janie Chang 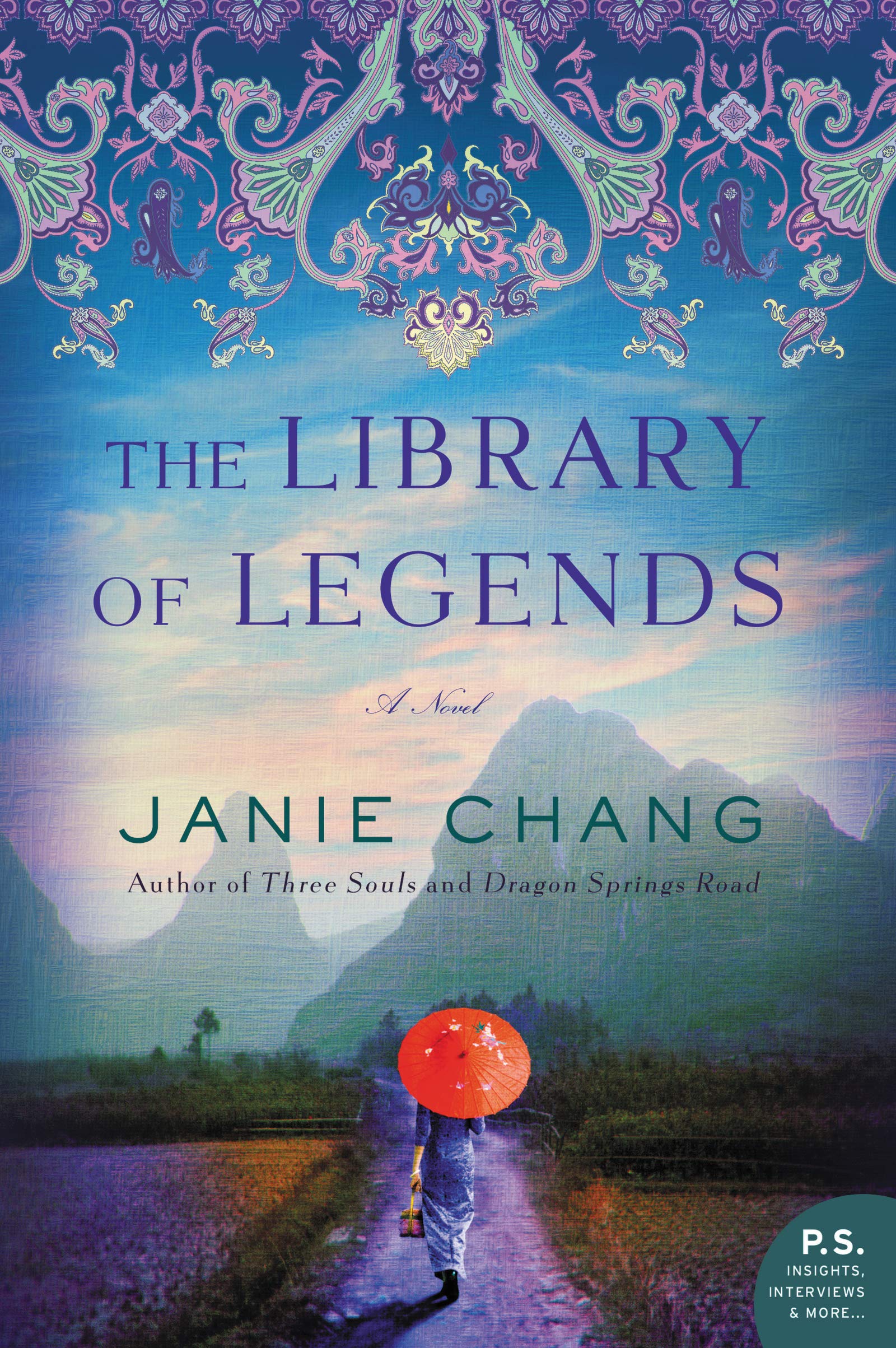 About The Library of Legends:


"“Myths are the darkest and brightest incarnations of who we are . . .”

During the journey, Lian learns of the connection between her two companions and a tale from the Library of Legends, The Willow Star and the Prince. This revelation comes with profound consequences, for as the ancient books travel across China, they awaken immortals and guardian spirits who embark on an exodus of their own, one that will change the country’s fate forever."

The Library of Legends is a beautifully written story about the evacuation of students from Minghua University in Nanking in 1937 China with the threat of Japanese invasion on the horizon. This book combines stories of myth and folklore with the harsh reality of living in an era of potential war and uncertainty.

I have some mixed feelings around this book overall. It has a really great concept overall and I liked all of the different elements that Chang combined, from the fascinating collection of Library of Legends books to the incredible journey the students take to flee to safety. However, I also found myself struggling to connect with any of the four main POVs that we follow, and I felt that this book dragged quite a bit in different places.

Starting with the characters, we get POV chapters from Lian, Shao, Sparrow, and Professor Kang. Lian seems to be the overall main protagonist, though Shao and Sparrow also have particularly prominent roles. Lian is not only part of the evacuation of students from Minghua, but she is also anxiously awaiting the time when she will be able to try to find and meet up with her mother in Shanghai. I found Lian to be a very thoughtful character who handles the uncertainties around her with a maturity that is admirable, and I felt similarly about Shao as he also navigated this new journey. My main issue with Lian and Shao is that I never really felt that connected to either one and therefore I was never overly invested in her journey.  Neither one had an overly strong sense of personality or character, which is what I struggled with the most, and which is what made their character growth feel fairly nonexistent. Professor Kang was actually slightly more compelling to me and although we get a decent bit of time with him, I almost wish we had more time following him on this journey and maybe learn more about him and his life. Lastly is Sparrow who is probably the most interesting character overall and seemed to have the most personality.

The pacing of The Library of Legends is slow, and I didn't really find myself invested in the story until I was probably about halfway through, with the exception of a few select moments. It was sort of stop and go for me, because there were scenes and moments where I was connecting well with the story, and then something would happen to the pacing and I would lost interest for a while. The pacing never really speeds up, so if you like slow paced stories then you'll probably enjoy this one, though the slowness does occasionally (not too often, though!) turn into a dragging situation.

If you're coming into this book for the historical fiction aspect, then there aren't any problems, but if you are hoping for some great fantasy elements, you'll probably be disappointed. The fantasy aspects are largely contained within the folklore elements and although I can't really tell you exactly how they are incorporated, it really isn't overly prominent. I actually found that aspect of the book didn't mesh as well with the rest of the plot as it could have. I can see how they were supposed to fit and related with the entire Library of Legends, but the two storylines just felt a bit too separate at times.

Lastly, I want to give a quick note on Chang's prose, which is simply that it's beautiful. Chang has a very quiet and simple yet meaningful way of telling this story, and because of this I will absolutely be checking out some of Chang's backlist titles, which I've been meaning to for a while--though now I'm even more motivated to do so.

Overall, I've given The Library of Legends 3.75 stars, but rounded up to a four on places like Goodreads/Amazon/NetGalley. I would definitely recommend this one if the premise sounds interesting and you enjoy historical fiction and/or folklore elements! It's very much a slow paced story, though, so keep that in mind if that's not your really your thing.

Email ThisBlogThis!Share to TwitterShare to FacebookShare to Pinterest
Labels: janie chang, review, the library of legends