Review: The Rightful Queen (Paths of Lantistyne #2) by Isabelle Steiger 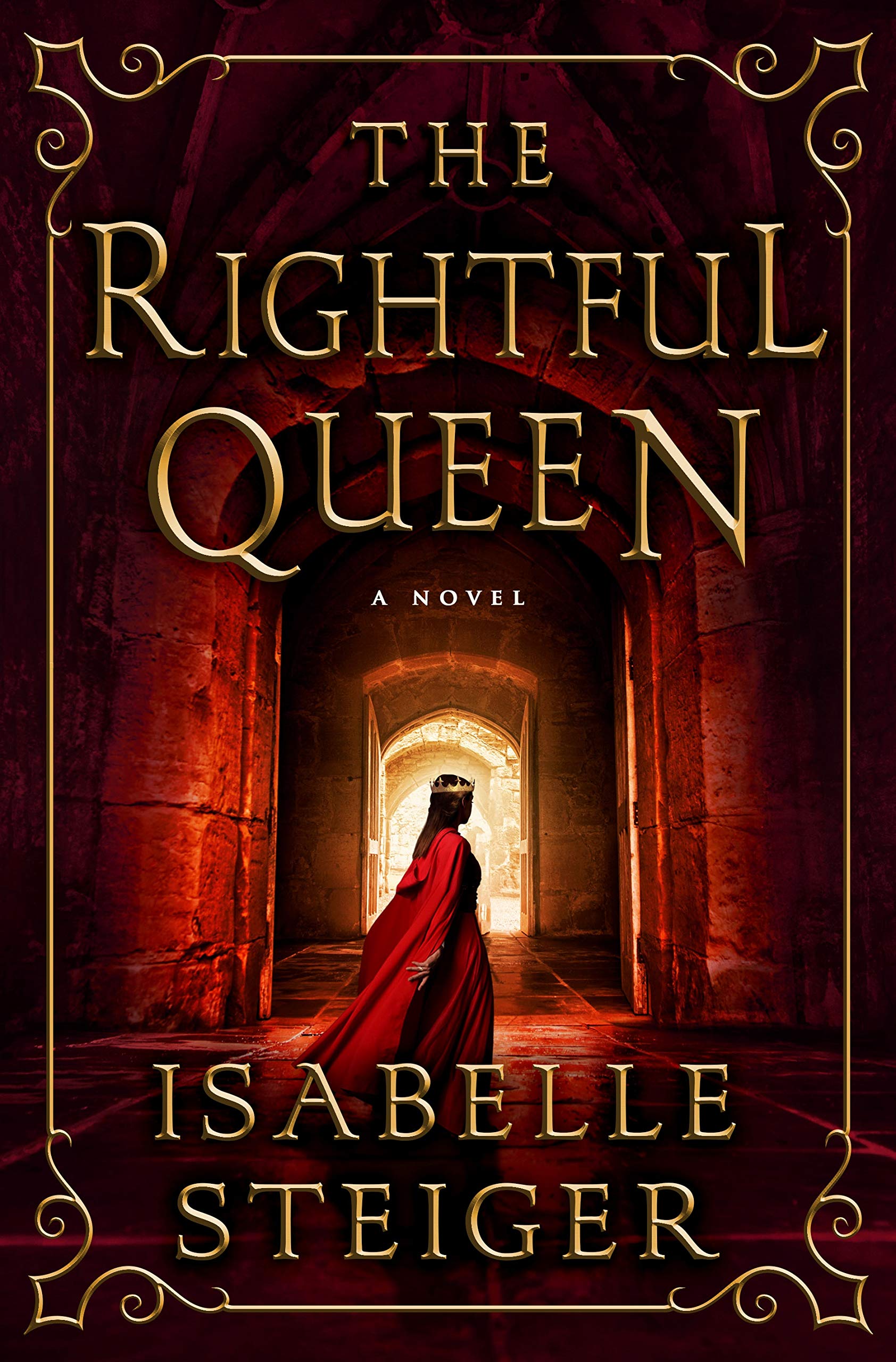 About The Rightful Queen:


"The Rightful Queen returns readers to the territories of Lantistyne. Imperator Elgar has brought war to the continent once again, and the rogues of the Dragon's Head, once forced into his service, are scattered to the winds, wracked by tragedy and struggling to reunite.

While a cornered King Kelken grows increasingly desperate, Arianrod Margraine, the brilliant but outmanned marquise of Esthrades, devises a plan to stretch Elgar's forces thin and turn the tide of battle in their favor. But when the sheltered queen of Issamira is driven from her throne by a long-simmering plot and the use of forbidden magic, Arianrod faces an even more pressing crisis.

Adora Avestri is more than the rightful queen of Issamira, more even than the key to defeating Elgar on the field--she has drawn the attention of beings older than Lantistyne itself, who possess hidden knowledge Arianrod has long desired. But if the queen and the marquise hope to survive long enough to learn it, Adora must find the strength to claim her birthright once and for all, and Arianrod must match wits and magic with a foe she has never before encountered: an equal."

The Rightful Queen has been one of my most anticipated reads of 2020 and I've been so anxiously awaiting being able to write this review! The Empire of Ghosts was an epic, highly political, character-focused fantasy novel that promised big things in its sequel, The Rightful Queen, and I was not disappointed.

With the return to the lands of Lantistyne, we continue on the epic path that was introduced in The Empire's Ghost, though this time our story has expanded quite a bit and has introduced us to even more lands, characters, and storylines. I was already impressed with Steiger's world-building, but somehow she made it even more in-depth and broadened the boundaries of the world, both in terms of physical size and locations and the magic and more intricate details that are explored.

This is usually the part of the review where I would talk about the characters, but there are so many that I'm not entirely sure where to start. The major players in The Rightful Queen include many from The Empire's Ghost, but there are also a pretty wide array of new characters that become rather prominent and play large roles. There are some new POVs, some old, some from the first book that seem to have more time in this book (such as Seren), and some(such as Elgar) who seem to have less. One thing that I can easily say about all of the Steiger's characters, however, is that they are all so authentic and multilayered. If there is one thing that Steiger excels at (and really, she excels at so many!), it's her characterization. Arianrod is easily one of the most compelling characters to me; she's not necessarily likable at first, but her character is so true, yet also full of development and hints at change that she has easily become one of my favorites.

The pacing of The Rightful Queen is easily on the slow side. There were a lot of different plot threads in the first book, and this sequel brings with it those plus a whole slew more. It is, admittedly, a little hard to keep track of them at times, and at POV switches I would occasionally have to take a moment to reorient and remind myself what exactly is going on in this particular POV before moving on. Despite this, I didn't really mind all the different storylines? Everything does sort of come together in a bit of a big confusing-yet-brilliant mix and the characters intertwine in the most interesting ways, and I think it's this big ball of tangled up yarn-like storylines that really makes this book so exciting to me. You really don't know what is ever going to be around the corner, and I appreciate how Steiger can make such a character and political-driven fantasy be so suspenseful and page-turning.

I highly recommend this series to anyone who is interested, but I should also note that it might be a little hit or miss for people. The political aspect is an enormous part of the plot, and the pacing, as mentioned, is on the slow side with a heavy focus on a pretty large array of characters. If you're looking for a fast-paced epic fantasy filled with a lot of action scenes, this isn't that. But this book is something very special and compelling, and the characters are so highly developed that you hardly even notice the slower pace. There's always something happening, whether it's a high-action event or some careful, devious plotting behind the scenes.

Overall, I can't help but give The Rightful Queen another five stars! It's definitely not going to be for everyone, but I really love this series for everything it does and how truly enjoyable and unique it is. I'm not sure what the timeline is like for the next book, but I will happily be here waiting until it comes out and we get to revisit all of my favorite characters!