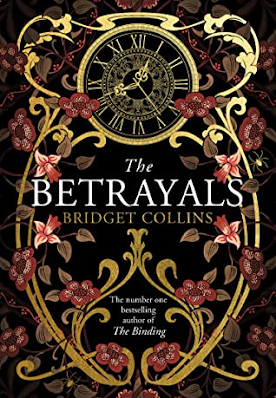 From Goodreads:
"If everything in your life was based on a lie Would you risk it all to tell the truth?
At Montverre, an exclusive academy tucked away in the mountains, the best and brightest are trained for excellence in the grand jeu: an arcane and mysterious contest. Léo Martin was once a student there, but lost his passion for the grand jeu following a violent tragedy. Now he returns in disgrace, exiled to his old place of learning with his political career in tatters.
Montverre has changed since he studied there, even allowing a woman, Claire Dryden, to serve in the grand jeu’s highest office of Magister Ludi. When Léo first sees Claire he senses an odd connection with her, though he’s sure they have never met before.
Both Léo and Claire have built their lives on lies. And as the legendary Midsummer Game, the climax of the year, draws closer, secrets are whispering in the walls…"
So I just recently realized that this isn't out until May of 2021 in the US, but it's out in November in the UK so we're going off of that release date because this sounds fantastic. I am utterly in love with that gorgeous cover, as well. 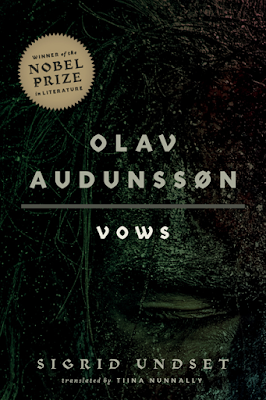 "The initial volume in the Nobel Prize–winning author’s tumultuous, epic story of medieval Norway—the first new English translation in nearly a century
As a child, Olav Audunssøn is given by his dying father to an old friend, Steinfinn Toressøn, who rashly promises to raise the boy as his foster son and eventually marry him to his own daughter, Ingunn. The two children, very different in temperament, become both brother and sister and betrothed. In the turbulent thirteenth-century Norway of Sigrid Undset’s epic masterpiece, bloodlines and loyalties often supersede law, and the crown and the church vie for power and wealth. Against this background and the complicated relationship between Olav and Ingunn, a series of fateful decisions leads to murder, betrayal, exile, and disgrace. In Vows, the first book in the powerful Olav Audunssøn tetralogy, Undset presents a richly imagined world split between pagan codes of retribution and the constraints of Christian piety—all of which threaten to destroy the lives of two young people torn between desires of the heart and the dictates of family and fortune.
As she did when writing her earlier and bestselling epic Kristin Lavransdatter, Sigrid Undset immersed herself in the legal, religious, and historical documents of medieval Norway to create in Olav Audunssøn remarkably authentic and compelling portraits of Norwegian life in the Middle Ages. In this new English edition, renowned Scandinavian translator Tiina Nunnally again captures Undset’s fluid prose, conveying in an engaging lyrical style the natural world, complex culture, and fraught emotional territory of Olav and Ingunn’s dramatic story."
This one is a bit different, but I think it sounds like it will be a really interesting and epic story, plus I love reading translated works, especially from places I don't often read from (such as Norway!).
and... 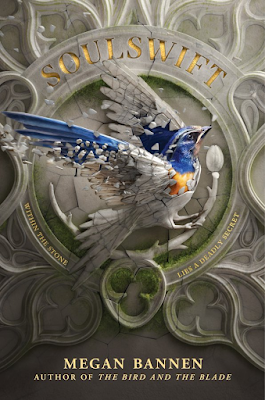 Soulswift by Megan Bannen
Balzer + Bray
Hardcover. 480 pages.
Pre-order: Amazon | IndieBound
From Goodreads:
"Gelya is a Vessel, a girl who channels the word of the One True God through song. Cloistered with the other Vessels of her faith, she believes—as all Ovinists do—that a saint imprisoned Elath the Great Demon centuries ago, saving humanity from earthly temptation.
When Gelya stumbles into a deadly cover-up by the Ovinists’ military, she reluctantly teams up with Tavik, an enemy soldier, to survive. Tavik believes that Elath is actually a mother goddess who must be set free, but while he succeeds in opening Her prison, he inadvertently turns Gelya into Elath’s unwilling human vessel.
Now the church that raised Gelya considers her a threat. In a race against the clock, she and Tavik must find a way to exorcise Elath’s presence from her body. But will this release stop the countdown to the end of the world, or will it be the cause of the earth’s destruction? And as Tavik and Gelya grow closer, another question lingers between them: What will become of Gelya?
I'm always up for a new fantasy and this one sounds like it might have a particularly unique magic system and world-building!