Can't-Wait Wednesday: Rhythm of War by Brandon Sanderson, Master of One by Jaida Jones, Danielle Bennett, & These Violent Delights by Chloe Gong 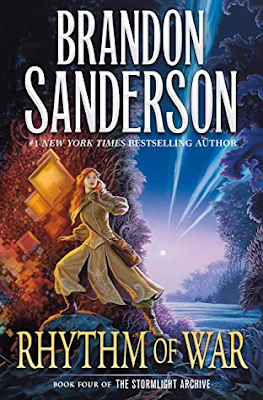 From Goodreads:
"After forming a coalition of human resistance   against the enemy invasion, Dalinar Kholin and his   Knights Radiant have spent a year fighting a   protracted, brutal war. Neither side has gained an   advantage.
Now, as new technological discoveries begin to change the face of the war, the enemy prepares a bold and dangerous operation. The arms race that follows will challenge the very core of the Radiant ideals, and potentially reveal the secrets of the ancient tower that was once the heart of their strength.
At the same time that Kaladin Stormblessed must come to grips with his changing role within the Knights Radiant, his Windrunners face their own problem: As more and more deadly enemy Fused awaken to wage war, no more honorspren are willing to bond with humans to increase the number of Radiants. Adolin and Shallan must lead the coalition’s envoy to the honorspren stronghold of Lasting Integrity and either convince the spren to join the cause against the evil god Odium, or personally face the storm of failure."
I have been so excited for this next installment in the Stormlight Archive series! I desperately need to find some recaps for the first three books, though, as I don't really want to re-read three one thousand plus page books in preparation, and I really need to refresh myself!
and... 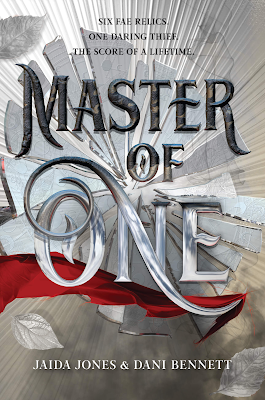 "Sinister sorcery. Gallows humor. A queer romance so glorious it could be right out of fae legend itself. Master of One is a fantasy unlike any other.
Rags is a thief—an excellent one. He's stolen into noble's coffers, picked soldier's pockets, and even liberated a ring or two off the fingers of passersby. Until he's caught by the Queensguard and forced to find an ancient fae relic for a sadistic royal sorcerer.
But Rags could never have guessed this "relic" would actually be a fae himself—a distractingly handsome, annoyingly perfect, ancient fae prince called Shining Talon. Good thing Rags can think on his toes, because things just get stranger from there...."
This synopsis doesn't really give a whole to go off of in my opinion, but I still think it sounds like a lot of fun.
and... 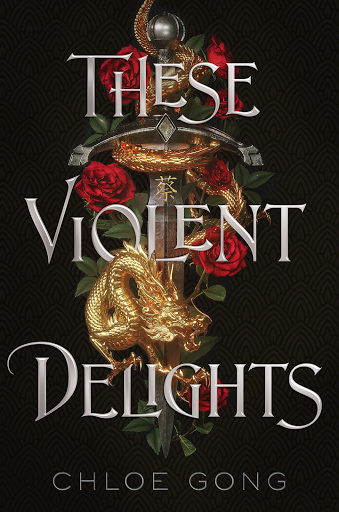 These Violent Delights by Chloe Gong
Margaret K. McElderry Books
Hardcover. 464 pages.
Pre-order: Amazon | IndieBound
From Goodreads:
"The year is 1926, and Shanghai hums to the tune of debauchery.
A blood feud between two gangs runs the streets red, leaving the city helpless in the grip of chaos. At the heart of it all is eighteen-year-old Juliette Cai, a former flapper who has returned to assume her role as the proud heir of the Scarlet Gang—a network of criminals far above the law. Their only rivals in power are the White Flowers, who have fought the Scarlets for generations. And behind every move is their heir, Roma Montagov, Juliette’s first love…and first betrayal.
But when gangsters on both sides show signs of instability culminating in clawing their own throats out, the people start to whisper. Of a contagion, a madness. Of a monster in the shadows. As the deaths stack up, Juliette and Roma must set their guns—and grudges—aside and work together, for if they can’t stop this mayhem, then there will be no city left for either to rule."
I'm really excited about this setting, so the interesting plot is just a bonus! ;)