Can't-Wait Wednesday: Marion Lane and the Midnight Murder by T.A. Willberg & The Mermaid from Jeju by Sumi Hahn 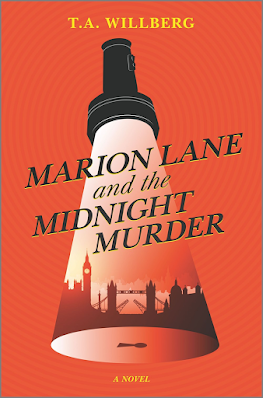 From Goodreads:
"The letter was short. A name, a time, a place.
Marion Lane and the Midnight Murder plunges readers into the heart of London, to the secret tunnels that exist far beneath the city streets. There, a mysterious group of detectives recruited for Miss Brickett’s Investigations & Inquiries use their cunning and gadgets to solve crimes that have stumped Scotland Yard.
Late one night in April 1958, a filing assistant for Miss Brickett’s named Michelle White receives a letter warning her that a heinous act is about to occur. She goes to investigate but finds the room empty. At the stroke of midnight, she is murdered by a killer she can’t see—her death the only sign she wasn’t alone. It becomes chillingly clear that the person responsible must also work for Miss Brickett’s, making everyone a suspect.
Almost unwillingly, Marion Lane, a first-year Inquirer-in-training, finds herself being drawn ever deeper into the investigation. When her friend and mentor is framed for the crime, to clear his name she must sort through the hidden alliances at Miss Brickett’s and secrets dating back to WWII. Masterful, clever and deliciously suspenseful, Marion Lane and the Midnight Murder is a fresh take on the Agatha Christie—style locked-room mystery with an exciting new heroine detective at the helm."
Something about this one just sounds really fun and I'm curious to see how it plays out. I feel like this will be one of those fast-paced reads to settle into and relax with. 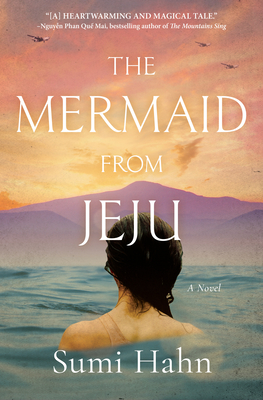 "In the aftermath of World War II, Goh Junja is a girl just coming into her own. She is the latest successful deep sea diver in a family of strong haenyeo. Confident she is a woman now, Junja urges her mother to allow her to make the Goh family's annual trip to Mt. Halla, where they trade abalone and other sea delicacies for pork. Junja, a sea village girl, has never been to the mountains, where it smells like mushrooms and earth, and it is there she falls in love with a mountain boy Yang Suwol, who rescues her after a particularly harrowing journey. But when Junja returns one day later, it is just in time to see her mother take her last breath, beaten by the waves during a dive she was taking in Junja's place.
Spiraling in grief, Junja sees her younger siblings sent to live with their estranged father, Suwol is gone, the ghost of her mother haunts their home--from the meticulously tended herb garden that has now begun to sprout weeds, to the field where their bed sheets are beaten. She has only her grandmother and herself. But the world moves on without Junja.
The political climate is perilous. Still reeling from Japan's forced withdrawal from the peninsula, Korea is forced to accommodate the rapid establishment of US troops, and her grandmother, who lived through the Japanese invasion that led to Korea's occupation understands the signs of danger all too well. When Suwol is arrested for working with and harboring communists, and the perils of post-WWII overtake her homelands, Junja must learn to navigate a tumultuous world unlike anything she's ever known."
This sounds like it has such a unique premise, I'm not really sure what to expect from this one, but I'm looking forward to checking it out sometime!