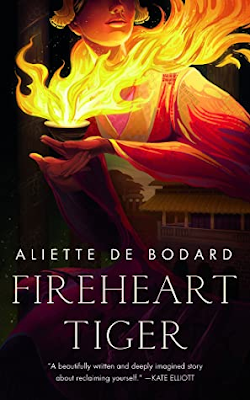 From Goodreads:
"Fire burns bright and has a long memory….
Quiet, thoughtful princess Thanh was sent away as a hostage to the powerful faraway country of Ephteria as a child. Now she’s returned to her mother’s imperial court, haunted not only by memories of her first romance, but by worrying magical echoes of a fire that devastated Ephteria’s royal palace.
Thanh’s new role as a diplomat places her once again in the path of her first love, the powerful and magnetic Eldris of Ephteria, who knows exactly what she wants: romance from Thanh and much more from Thanh’s home. Eldris won’t take no for an answer, on either front. But the fire that burned down one palace is tempting Thanh with the possibility of making her own dangerous decisions.
Can Thanh find the freedom to shape her country’s fate—and her own?"
I still haven't read anything by Aliette de Bodard despite my intentions to, and this novella sounds particularly exciting! I'm not sure how everything in that premise will fit into 96 pages, but I'm ready to find out! 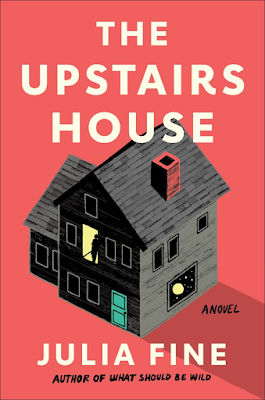 "There’s a madwoman upstairs, and only Megan Weiler can see her.
Ravaged and sore from giving birth to her first child, Megan is mostly raising her newborn alone while her husband travels for work. Physically exhausted and mentally drained, she’s also wracked with guilt over her unfinished dissertation—a thesis on mid-century children’s literature.
Enter a new upstairs neighbor: the ghost of quixotic children’s book writer Margaret Wise Brown—author of the beloved classic Goodnight Moon—whose existence no one else will acknowledge. It seems Margaret has unfinished business with her former lover, the once-famous socialite and actress Michael Strange, and is determined to draw Megan into the fray. As Michael joins the haunting, Megan finds herself caught in the wake of a supernatural power struggle—and until she can find a way to quiet these spirits, she and her newborn daughter are in terrible danger."
I love that the ghost is Margaret Wise Brown!? This book sounds like all kinda of weird and I am here for it! 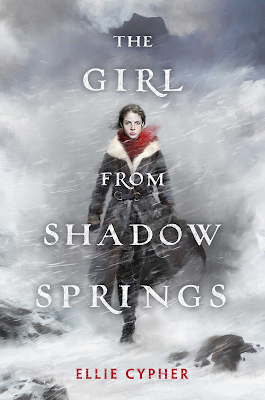 "Everyone in Shadow Springs knows that no one survives crossing the Flats. But the threat of a frozen death has never deterred the steady stream of treasure hunters searching for a legendary prize hidden somewhere in the vast expanse of ice. Jorie thinks they’re all fools, which makes scavenging their possessions easier. It’s how she and her sister, Brenna, survive.
Then Jorie scavenges off the wrong body. When the dead man’s enemy believes Jorie took something valuable from the body, he kidnaps Brenna as collateral. He tells Jorie that if she wants her sister back, she’ll have to trade her for the item he thinks she stole. But how can Jorie make a trade when she doesn’t even know what she’s looking for?
Her only source of information is Cody, the dead man’s nephew and a scholar from the South who’s never been hardened by the harsh conditions of the North. Though Jorie’s reluctant to bring a city boy out onto the Flats with her, she’ll do whatever it takes to save her sister. But anything can happen out on the ice, and soon Jorie and Cody find they need one another more than they ever imagined—and they’ll have to trust each other to survive threats beyond their darkest nightmares."
This sounds like a really promising setting and I enjoy the sort of scavenger/Western/treasure hunter vibes I'm getting from it.
What do you think about these upcoming releases? What are your anticipated upcoming releases?
Posted by Jordan @ForeverLostinLiterature at 2:00 AM