Can't-Wait Wednesday: A History of What Comes Next by Sylvain Neuvel, The Hatmakers by Tamzin Merchant, & Cathedral of Bones by A.J. Steiger 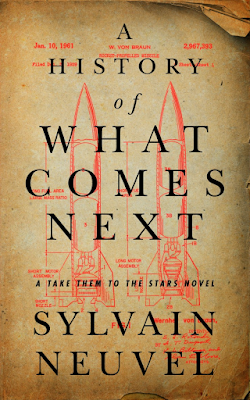 From Goodreads:
"Showing that truth is stranger than fiction, Sylvain Neuvel weaves a scfi thriller reminiscent of Blake Crouch and Andy Weir, blending a fast moving, darkly satirical look at 1940s rocketry with an exploration of the amorality of progress and the nature of violence in A History of What Comes Next.
Always run, never fight.
Preserve the knowledge.
Survive at all costs.
Take them to the stars.
Over 99 identical generations, Mia’s family has shaped human history to push them to the stars, making brutal, wrenching choices and sacrificing countless lives. Her turn comes at the dawn of the age of rocketry. Her mission: to lure Wernher Von Braun away from the Nazi party and into the American rocket program, and secure the future of the space race.
But Mia’s family is not the only group pushing the levers of history: an even more ruthless enemy lurks behind the scenes.
A darkly satirical first contact thriller, as seen through the eyes of the women who make progress possible and the men who are determined to stop them..."
This sounds so weird yet so intriguing and I'm really excited to find out more about it! 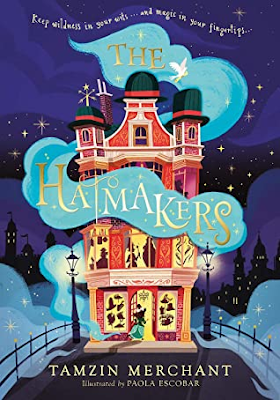 "'Cordelia comes from a long line of magical milliners, who weave alchemy and enchantment into every hat. In Cordelia's world, Making - crafting items such as hats, cloaks, watches, boots and gloves from magical ingredients - is a rare and ancient skill, and only a few special Maker families remain.
When Cordelia's father Prospero and his ship, the Jolly Bonnet, are lost at sea during a mission to collect hat ingredients, Cordelia is determined to find him. But Uncle Tiberius and Aunt Ariadne have no time to help the littlest Hatmaker, for an ancient rivalry between the Maker families is threatening to surface. Worse, someone seems to be using Maker magic to start a war.
It's up to Cordelia to find out who, and why . . ."
I already read an eARC of this from NetGalley, but I loved it and am so excited for the finished copy! Apparently it will have illustrations and I can't wait to see them. 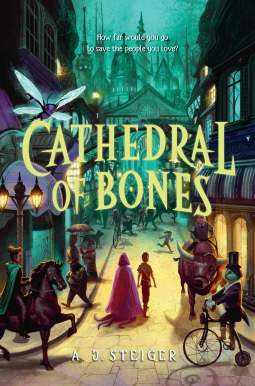 "A stunningly imagined world, page-turning thrills, and a pair of unlikely heroes on an epic quest make this unique and immersive dark fantasy—from acclaimed author A. J. Steiger—perfect for fans of Holly Black and Kelly Barnhill.
Simon Frost lives in a curious place, where magic is used by the very best Animists to do wondrous things—like call upon imps, wraiths, and all manner of monsters to right wrongs, deliver justice, and accomplish feats no human could achieve.
Simon Frost is not one of those Animists, though he’s been trying to become one for years.
When a plea arrives from a distant hamlet, preyed upon by an abominable monster, Simon sees the opportunity to finally prove his worth.
But upon arriving in the tiny village, Simon finds not just a monster but a key to his past—and a pathway into an unbelievable future."
I'll admit, I'm a little confused about what exactly to expect from this book because it's sounds like a really magical and exciting fantasy, but then it's described as a "dark fantasy" and I'm not getting those vibes at all from the cover. Either way, it sounds amazing and I can't wait to have a chance to read it!

Email ThisBlogThis!Share to TwitterShare to FacebookShare to Pinterest
Labels: a history of what comes next, a.j. steiger, can't-wait wednesday, cathedral of bones, cww, sylvain neuvel, tamzin merchant, the hatmakers