Can't-Wait Wednesday: The Sanatorium by Sarah Pearse, The Iron Raven by Julie Kagawa, Wings of Fury by Emily R. King 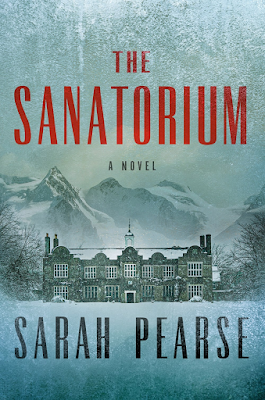 From Goodreads:
"Half-hidden by forest and overshadowed by threatening peaks, Le Sommet has always been a sinister place. Once a sanatorium treating tuberculosis patients, it was abandoned years ago and had fallen into disrepair. Long plagued by troubling rumors, it has recently been renovated into a lavish hotel.
An imposing, isolated getaway spot high up in the Swiss Alps is the last place detective Elin Warner wants to be. But Elin's on a career break, scarred by a particularly brutal case she just can't shake. So when her estranged brother, Isaac, and his fiance, Laure, invite her to celebrate their engagement at the hotel, Elin really has no reason not to accept.
But when Elin wakes the following morning to discover Laure is missing, Elin must trust her instincts if they hope to find her. And she soon realizes that Laure is not the first person to have vanished mysteriously from the old sanatorium.
As one of the worst snowstorms in thirty years descends, Elin starts to connect the dots between Laure's disappearance and the hotel's troubling history. Just when she thinks she's making progress, a body is found, staged to send a terrifying message. With avalanches closing off all access to the hotel, Elin is under pressure to uncover the sanatorium's secrets and find her brother's fiance before the killer strikes again."
I'm not usually huge into straight mysteries, but something about this premise and setting really draw me in and I'm curious to see what this book is all about. 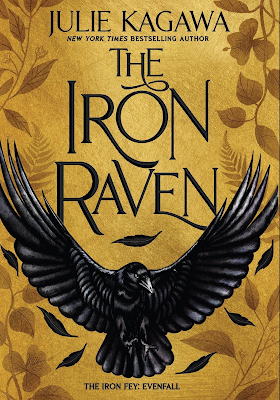 "You may have heard of me...
Robin Goodfellow. Puck. Prankster, joker, raven, fool… King Oberon’s right-hand jester from A Midsummer Night’s Dream. The legends are many, but the truth will now be known as never before, as Puck finally tells his own story and faces a threat to the lands of Faery and the human world unlike any before.
With the Iron Queen Meghan Chase and her prince consort, Puck’s longtime rival Ash, and allies old and new by his side, Puck begins a fantastical and dangerous adventure not to be missed or forgotten."
I love that this book is about Puck and I can't wait to see what Kagawa does this with this story! 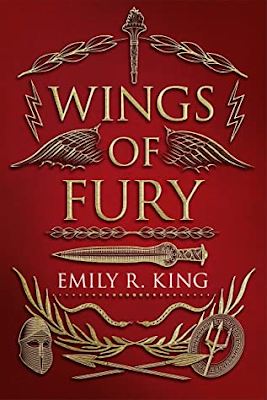 "My mother told me that men would speak about the Golden Age as a time of peace and happiness for all… However, the women of our age would tell a very different story…
Cronus, God of Gods, whose inheritance is the world. Among his possessions: women, imprisoned and fated to serve. The strong-minded Althea Lambros controls her own fate and lives to honor her dying mother’s plea to protect her two sisters at all costs. Althea’s journey toward crushing the tyranny has begun. It is a destiny foretold by the Fates. And she is following their visions.
On the southern isle of Crete, hidden among mortal women who have fled the Titans, is the Boy God, son of Cronus and believed dead. He shares Althea’s destiny to vanquish the Almighty—fate willing. Because Cronus has caught wind of the plot. He’s amassing his own forces against Althea’s righteous rebellion and all those who will no longer surrender or run. There will be war. If she’s to survive to write their history, the indomitable Althea must soar higher than any god."
I'm always drawn to anything related to ancient Greek, and I've found books like these can be super hit or miss so I'm a little hesitant, but I'm also excited to see what Emily R. King does with this story and setting! I've not read anything by her yet, but I'm excited to check it out!