Can't-Wait Wednesday: The Witch's Heart by Genevieve Gornichec, What Big Teeth by Rose Szabo, & The Wide Starlight by Nicole Lesperance 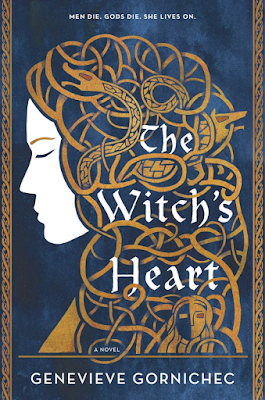 From Goodreads:
"When a banished witch falls in love with the legendary trickster Loki, she risks the wrath of the gods in this moving, subversive debut novel that reimagines Norse mythology.
Angrboda's story begins where most witches' tales end: with a burning. A punishment from Odin for refusing to provide him with knowledge of the future, the fire leaves Angrboda injured and powerless, and she flees into the farthest reaches of a remote forest. There she is found by a man who reveals himself to be Loki, and her initial distrust of him transforms into a deep and abiding love.
Their union produces three unusual children, each with a secret destiny, who Angrboda is keen to raise at the edge of the world, safely hidden from Odin's all-seeing eye. But as Angrboda slowly recovers her prophetic powers, she learns that her blissful life—and possibly all of existence—is in danger.
With help from the fierce huntress Skadi, with whom she shares a growing bond, Angrboda must choose whether she’ll accept the fate that she's foreseen for her beloved family…or rise to remake their future. From the most ancient of tales this novel forges a story of love, loss, and hope for the modern age."
I just finished an ARC of this and it was so fantastic and beautiful. This is going to be such a physically beautiful book as well, I can't wait to see it! 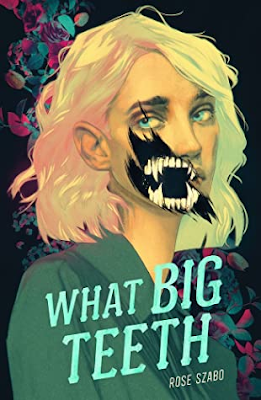 "Eleanor has not seen or spoken with her family in years, not since they sent her away to Saint Brigid's boarding school. She knows them only as vague memories: her grandfather's tremendous fanged snout, the barrel full of water her mother always soaked in, and strange hunting trips in a dark wood with her sister and cousins. And she remembers the way they looked at her, like she was the freak.
When Eleanor finally finds the courage to confront her family and return to their ancestral home on the rainy coast of Maine, she finds them already gathered in wait, seemingly ready to welcome her back with open arms. "I read this in the cards," her grandmother tells her. However, Grandma Persephone doesn't see all, for just as Eleanor is beginning to readjust to the life she always longed for, a strange and sudden death rocks the family, leaving Eleanor to manage this difficult new dynamic without help.
In order to keep the family that abandoned her from falling apart, Eleanor calls upon her mysterious other grandmother, Grandmere, from across the sea. Grandmere brings order to the chaotic household, but that order soon turns to tyranny. If any of them are to survive, Eleanor must embrace her strange family and join forces with the ghost of Grandma Persephone to confront the monstrousness lurking deep within her Grandmere-and herself."
Everything about this premise sounds so weird and interesting, I'm really intrigued! 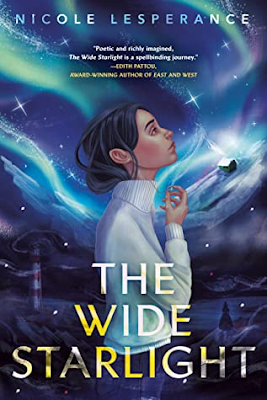 "Never whistle at the Northern Lights, the story goes, or they'll sweep down from the sky and carry you away.
Sixteen-year-old Eline Davis knows it's true. She was there ten years ago, on a frozen fjord in Svalbard, Norway, the night her mother whistled at the lights and then vanished.
Now Eli lives an ordinary life with her dad on Cape Cod. But when the Northern Lights are visible over the Cape for just one night, she can't resist the possibility of seeing her mother again. So she whistles—and it works. Her mother appears, with snowy hair, frosty fingertips and a hazy story of where she's been all these years. And she doesn't return alone.
Along with Eli's mother's reappearance come strange, impossible things. Narwhals swimming in Cape Cod Bay, meteorites landing in Eli's yard, and three shadowy princesses with ominous messages. It's all too much, too fast, and Eli pushes her mother away. She disappears again—but this time, she leaves behind a note that will send Eli on a journey across continents, to the northern tip of the world:
Find me where I left you."
This sounds incredibly beautiful, magical, and unique. I can't wait to have a chance to check it out.