Review: The Removed by Brandon Hobson 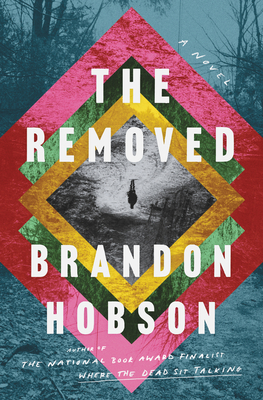 About The Removed:
"In the fifteen years since their teenage son, Ray-Ray, was killed in a police shooting, the Echota family has been suspended in private grief. The mother, Maria, increasingly struggles to manage the onset of Alzheimer’s in her husband, Ernest. Their adult daughter, Sonja, leads a life of solitude, punctuated only by spells of dizzying romantic obsession. And their son, Edgar, fled home long ago, turning to drugs to mute his feelings of alienation.
With the family’s annual bonfire approaching—an occasion marking both the Cherokee National Holiday and Ray-Ray’s death, and a rare moment in which they openly talk about his memory—Maria attempts to call the family together from their physical and emotional distances once more. But as the bonfire draws near, each of them feels a strange blurring of the boundary between normal life and the spirit world. Maria and Ernest take in a foster child who seems to almost miraculously keep Ernest’s mental fog at bay. Sonja becomes dangerously fixated on a man named Vin, despite—or perhaps because of—his ties to tragedy in her lifetime and lifetimes before. And in the wake of a suicide attempt, Edgar finds himself in the mysterious Darkening Land: a place between the living and the dead, where old atrocities echo.
Drawing deeply on Cherokee folklore, The Removed seamlessly blends the real and spiritual to excavate the deep reverberations of trauma—a meditation on family, grief, home, and the power of stories on both a personal and ancestral level. "

The Removed is one of those books that's a little difficult to review because it is very much one that benefits more from being experienced than merely talked about. The story begins with a look into the past to the night that Ray-Ray is shot by the police so that we can understand Ray-Ray's personality, role within the family, and how tragically he was killed. We then shift to the present where the family takes center stage and we begin to explore the current state of their lives.

This story is told in parts from perspectives of various members of the family and is also interspersed with occasional chapters from a Cherokee ancestor known as Tsala. The family members we follow are Maria, Sonja, and Edgar--mother, daughter and youngest son, respectively. I was glad we had the opportunity to follow each character in order to better understand their current place in life, as well as how they each individually reacted to and handled the death of Ray-Ray. The only POV we don't really get from the main family is Ernest, the father, who has been slowly succumbing to the effects of Alzheimer's.

Maria and Tsala's perspectives were probably the two that I enjoyed the most. Maria is a thoughtful, caring woman who has spent her years trying to come to grips with Ray-Ray's death and learn how to move on and keep the rest of her family close. She previously worked as a social worker and now still volunteers to read to children in the foster system, and I found her passion for helping others and caring for children in general very moving and reflective of her own loss of her son. Maria wants nothing more than for her family to be back together, particularly on September 6th when they have bonfire in honor of Ray-Ray. Her struggle with Ernest and watching him slowly lose his memory was painful and emotional to watch, and I thought Hobson captured a lot of the emotions and feelings in a careful, considerate manner that really let the readers feel the same losses that Maria was experiencing.

Tsala's perspective was quite different from Maria's and told of past experiences of Indigenous peoples and their experiences with forced relocations. These chapters were both heartbreaking and tragic, but also beautiful in turns. The prose itself was stunning, but the hope and emotions behind Tsala's experiences added such a incredible layer to the experiences of the Cherokee that I think are so important and needed.

Sonja and Edgar, the last two main characters we follow, are both rather unpredictable figures and I enjoyed the time spent getting to know them. I think Hobson did a great job of conveying this underlying sadness and loss that runs as an undercurrent throughout their lives and has impacted how they maneuver throughout the world. Edgar has fallen into a drug addiction, and although Sonja has not taken the same sort of path, she also seems a bit lost at times, but always with a hope for something more. Both Sonja and Edgar's storylines felt the most unpredictable and metaphorical to me, and Edgar's in particular felt hard to read at times in terms of emotional impact and watching the struggles he has to put up with. There's a very dreamlike quality to all of the perspectives that bleeds through into the rest of the narrative in a very compelling and difficult to describe manner, but I can say that it made it hard to put the book down and step away from the story.

The Removed incorporates some beautiful elements of Cherokee spirits and folklore that complements the story wonderfully. There is such a focus on roots and heritage that comes through really well through each narrative voice in different ways that were both subtle and overt, both of which were done really well. This is a rather slow-paced story that doesn't rush through any scene or moment--it's very deliberate in tone--and I thought that suited the message and style of the book perfectly. This isn't a story to be rushed through, but one to be savored and considered for what messages are present.

Overall, I've given The Removed four stars! This is a very moving and emotional story that explore some prominent themes and experiences in the lives of Indigenous peoples, specifically the Cherokee, as well as highlights a sad but hopeful family story that will stay with me.

*I received an ARC of The Removed courtesy of the publisher in exchange for an honest review.*