Can't-Wait Wednesday: The Light of the Midnight Stars by Rena Rossner & House of Hollow by Krystal Sutherland 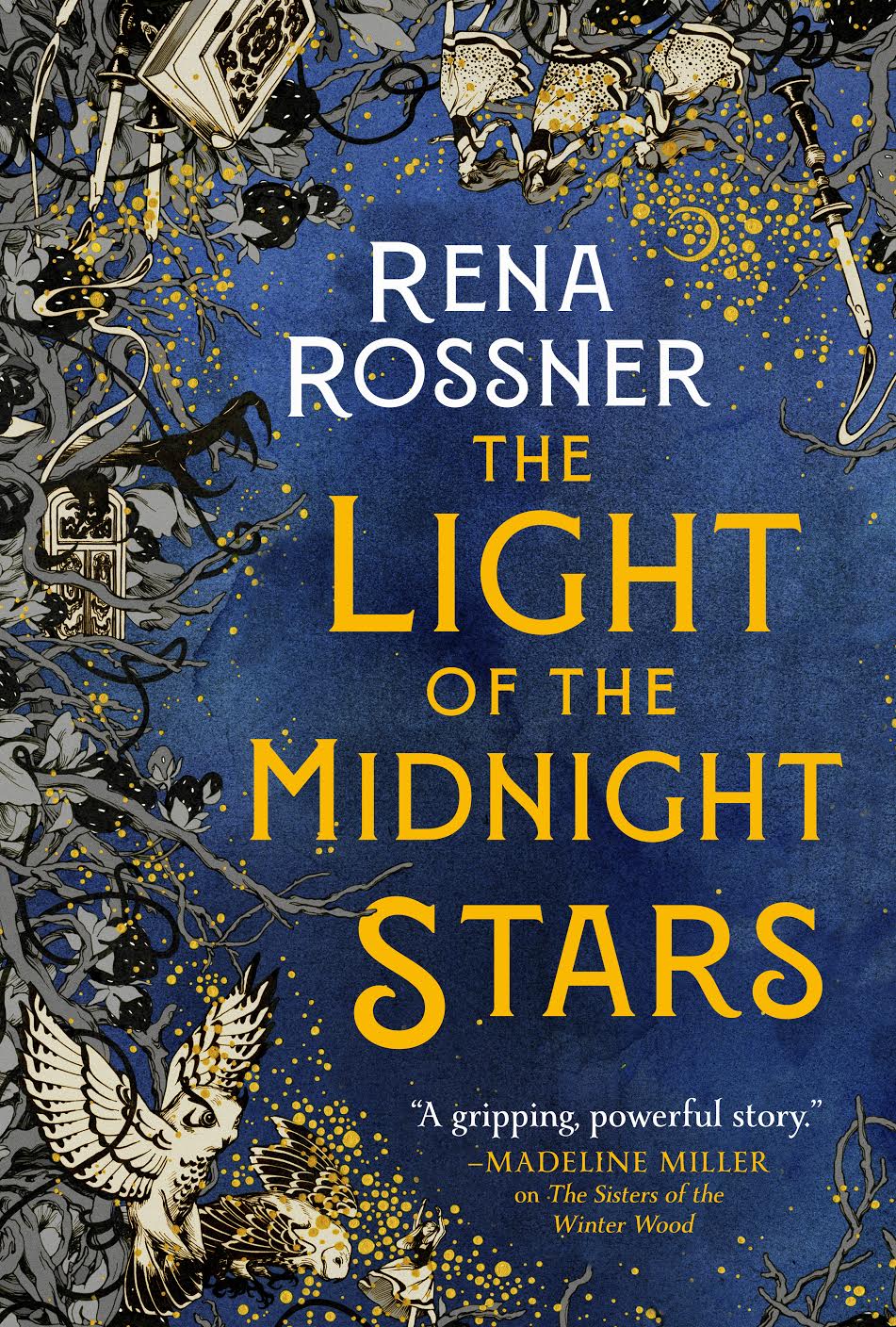 From Goodreads:
"An evocative combination of fantasy, history, and Jewish folklore, The Light of the Midnight Stars is fairytale-inspired novel from the author of The Sisters of the Winter Wood.
Deep in the Hungarian woods, the sacred magic of King Solomon lives on in his descendants. Gathering under the midnight stars, they pray, sing and perform small miracles - and none are more gifted than the great Rabbi Isaac and his three daughters. Each one is blessed with a unique talent - whether it be coaxing plants to grow, or predicting the future by reading the path of the stars.
When a fateful decision to help an outsider ends in an accusation of witchcraft, fire blazes through their village. Rabbi Isaac and his family are forced to flee, to abandon their magic and settle into a new way of life. But a dark fog is making its way across Europe and will, in the end, reach even those who thought they could run from it. Each of the sisters will have to make a choice - and change the future of their family forever."
Okay, so I've already read an ARC of this one, but it is so beautiful and I may have pre-ordered a Goldsboro edition for it, so I'm still extremely excited for this one to be released!

"Seventeen-year-old Iris Hollow has always been strange. Something happened to her and her two older sisters when they were children, something they can’t quite remember but that left each of them with an identical half-moon scar at the base of their throats.
Iris has spent most of her teenage years trying to avoid the weirdness that sticks to her like tar. But when her eldest sister, Grey, goes missing under suspicious circumstances, Iris learns just how weird her life can get: horned men start shadowing her, a corpse falls out of her sister’s ceiling, and ugly, impossible memories start to twist their way to the forefront of her mind.
As Iris retraces Grey’s last known footsteps and follows the increasingly bizarre trail of breadcrumbs she left behind, it becomes apparent that the only way to save her sister is to decipher the mystery of what happened to them as children.
The closer Iris gets to the truth, the closer she comes to understanding that the answer is dark and dangerous – and that Grey has been keeping a terrible secret from her for years."
This sounds so spooky and weird--two things I love! I really am not sure what to expect from this book, but I hope to have the chance to find out.

Email ThisBlogThis!Share to TwitterShare to FacebookShare to Pinterest
Labels: cww, house of hollow, krystal sutherland, rena rossner, the light of the midnight stars