Can't-Wait Wednesday: The Dragon of Jin-Sayeng by K.S. Villoso, The Ones We're Meant to Find by Joan He, & We Are Satellites by Sarah Pinsker 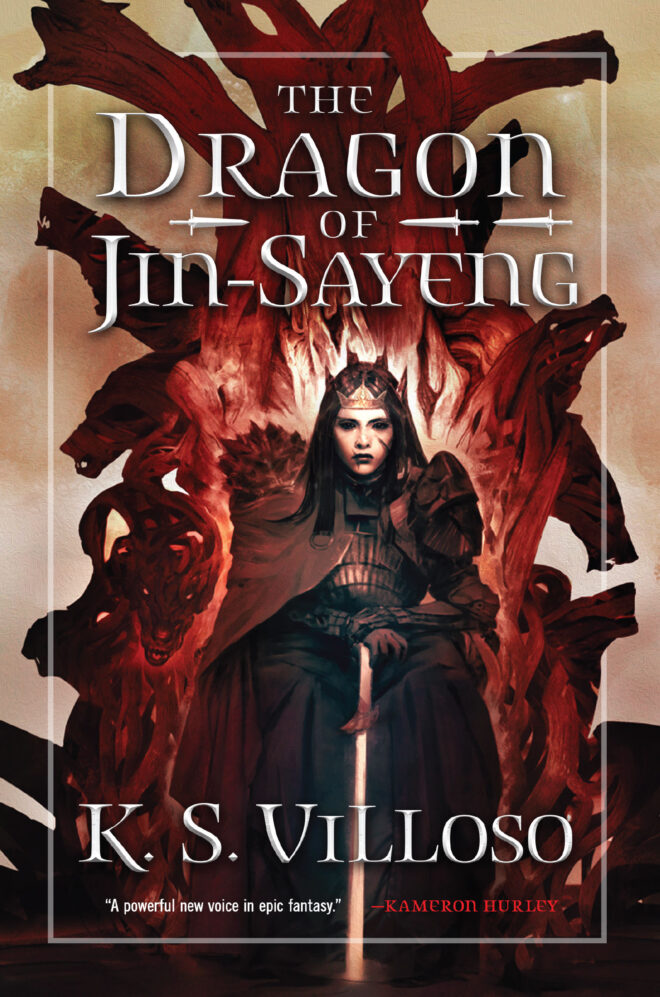 From Goodreads:
"The stunning finale to the Chronicles of the Bitch Queen trilogy where the queen of a divided land must unite her people against the enemies who threaten to tear her country apart. K. S. Villoso is a "powerful new voice in fantasy." (Kameron Hurley)
Queen Talyien is finally home, but dangers she never imagined await her in the shadowed halls of her father's castle.
War is on the horizon. Her son has been stolen from her, her warlords despise her, and across the sea, a cursed prince threatens her nation with invasion in order to win her hand.
Worse yet, her father's ancient secrets are dangerous enough to bring Jin Sayeng to ruin. Dark magic tears rifts in the sky, preparing to rain down madness, chaos, and the possibility of setting her nation aflame.
Bearing the brunt of the past and uncertain about her future, Talyien will need to decide between fleeing her shadows or embracing them before the whole world becomes an inferno."
I'm not sure what to say about this other than: I'm so excited to find out how Villoso is going to wrap up this incredible and unpredictable trilogy! I've really been enjoying this series and I'm glad I'll get a chance to pick up the finale soon. :)

The Ones We're Meant to Find by Joan He
Publication: May 4th, 2021
Roaring Brook Press
Hardcover. 384 pages.
Pre-order: Amazon | IndieBound

From Goodreads:
"Cee has been trapped on an abandoned island for three years without any recollection of how she arrived, or memories from her life prior. All she knows is that somewhere out there, beyond the horizon, she has a sister named Kay. Determined to find her, Cee devotes her days to building a boat from junk parts scavenged inland, doing everything in her power to survive until the day she gets off the island and reunites with her sister.
In a world apart, 16-year-old STEM prodigy Kasey Mizuhara is also living a life of isolation. The eco-city she calls home is one of eight levitating around the world, built for people who protected the planet―and now need protecting from it. With natural disasters on the rise due to climate change, eco-cities provide clean air, water, and shelter. Their residents, in exchange, must spend at least a third of their time in stasis pods, conducting business virtually whenever possible to reduce their environmental footprint. While Kasey, an introvert and loner, doesn’t mind the lifestyle, her sister Celia hated it. Popular and lovable, Celia much preferred the outside world. But no one could have predicted that Celia would take a boat out to sea, never to return.
Now it’s been three months since Celia’s disappearance, and Kasey has given up hope. Logic says that her sister must be dead. But as the public decries her stance, she starts to second guess herself and decides to retrace Celia’s last steps. Where they’ll lead her, she does not know. Her sister was full of secrets. But Kasey has a secret of her own."
I'm not usually a big fan of people on covers, but since the moment I saw this cover I was absolutely enraptured by it and it's pretty much what made me have to know what it was about--and I think it sounds like an amazing story, also! 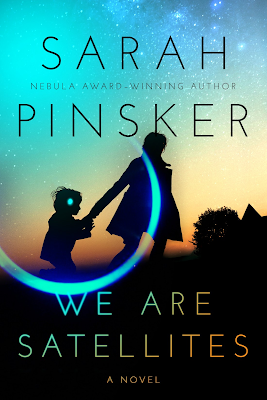 "Everybody's getting one.
Val and Julie just want what's best for their kids, David and Sophie. So when teenage son David comes home one day asking for a Pilot, a new brain implant to help with school, they reluctantly agree. This is the future, after all.
Soon, Julie feels mounting pressure at work to get a Pilot to keep pace with her colleagues, leaving Val and Sophie part of the shrinking minority of people without the device.
Before long, the implications are clear, for the family and society: get a Pilot or get left behind. With government subsidies and no downside, why would anyone refuse? And how do you stop a technology once it's everywhere? Those are the questions Sophie and her anti-Pilot movement rise up to answer, even if it puts them up against the Pilot's powerful manufacturer and pits Sophie against the people she loves most."
I'm honestly ever-so-slightly hesitant about this one simply because this feels very similar in premise to other books I've read, but I did  enjoy Pinsker's A Song for a New Day and I have high hopes that she can do something cool with this one! It's definitely a premise I'm drawn to and I can't wait to have a chance to check it out!

Email ThisBlogThis!Share to TwitterShare to FacebookShare to Pinterest
Labels: can't-wait wednesday, cww, fantasy, joan he, k.s. villoso, sarah pinsker, sci-fi, the ones we're meant to find, we are satellites