Can't-Wait Wednesday: Flowers for the Sea by Zin E. Rocklyn, The Lighthouse Witches by C.J. Cooke, & The Last Cuentista by Donna Barba Higuera 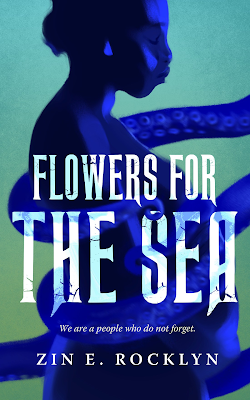 Flowers for the Sea by Zin E. Rocklyn
Publication: October 19th, 2021
Tordotcom
Paperback. 112 pages.
Pre-order: Amazon | IndieBound
From Goodreads:
"We are a people who do not forget.
Survivors from a flooded kingdom struggle alone on an ark. Resources are scant, and ravenous beasts circle. Their fangs are sharp.
Among the refugees is Iraxi: ostracized, despised, and a commoner who refused a prince, she’s pregnant with a child that might be more than human. Her fate may be darker and more powerful than she can imagine.
Zin E. Rocklyn’s extraordinary debut is a lush, gothic fantasy about the prices we pay and the vengeance we seek."
I feel like this synopsis doesn't give us much, but what it does give us has me incredibly intrigued! Can't wait to check this one out. 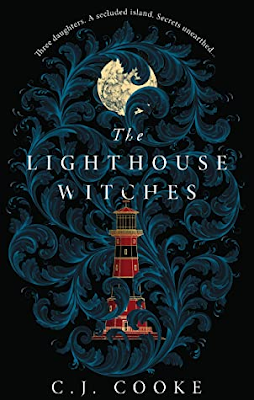 The Lighthouse Witches by C.J. Cooke
Publication: October 5th, 2021
Berkley Books (US)/ HarperCollins (UK)
Paperback. 368 pages.
Pre-order: Amazon | IndieBound
From Goodreads:
"When single mother Liv is commissioned to paint a mural in a 100-year-old lighthouse on a remote Scottish island, it's an opportunity to start over with her three daughters--Luna, Sapphire, and Clover. When two of her daughters go missing, she's frantic. She learns that the cave beneath the lighthouse was once a prison for women accused of witchcraft. The locals warn her about wildlings, supernatural beings who mimic human children, created by witches for revenge. Liv is told wildlings are dangerous and must be killed.
Twenty-two years later, Luna has been searching for her missing sisters and mother. When she receives a call about her youngest sister, Clover, she's initially ecstatic. Clover is the sister she remembers--except she's still seven years old, the age she was when she vanished. Luna is worried Clover is a wildling. Luna has few memories of her time on the island, but she'll have to return to find the truth of what happened to her family. But she doesn't realize just how much the truth will change her."
Is that cover not gorgeous?? I also love how mysterious and witchy this book sounds, it definitely seems like something right up my alley! (UK cover pictured)
and... 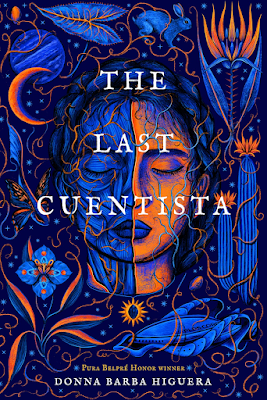 The Last Cuentista by Donna Barba Higuera
Publication: October 12th, 2021
Levine Querido
Hardcover. 336 pages.
Pre-order: Amazon | IndieBound
From Goodreads:
"Había una vez . . .
There lived a girl named Petra Peña, who wanted nothing more than to be a storyteller, like her abuelita.
But Petra's world is ending. Earth has been destroyed by a comet, and only a few hundred scientists and their children – among them Petra and her family – have been chosen to journey to a new planet. They are the ones who must carry on the human race.
Hundreds of years later, Petra wakes to this new planet – and the discovery that she is the only person who remembers Earth. A sinister Collective has taken over the ship during its journey, bent on erasing the sins of humanity's past. They have systematically purged the memories of all aboard – or purged them altogether.
Petra alone now carries the stories of our past, and with them, any hope for our future. Can she make them live again?
Pura Belpré Honor-winning author Donna Barba Higuera presents us with a brilliant journey through the stars, to the very heart of what makes us human."
Another truly gorgeous cover! This sounds super interesting and I always love books that explore end-of-the-world ideas like this. I really hope to have a chance to read this one!
What do you think about these upcoming releases? What are your anticipated upcoming releases?
Posted by Jordan @ForeverLostinLiterature at 2:00 AM