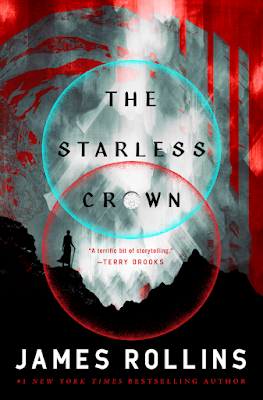 The Starless Crown by James Rollins
Publication: January 4th, 2022
Tor Books
Hardcover. 560 pages.
Pre-order: Amazon | Bookshop.org
From Goodreads:
"An alliance embarks on a dangerous journey to uncover the secrets of the distant past and save their world in this captivating, deeply visionary adventure from #1 New York Times bestselling thriller-master James Rollins.
A gifted student foretells an apocalypse. Her reward is a sentence of death.
Fleeing into the unknown she is drawn into a team of outcasts:
A broken soldier, who once again takes up the weapons he’s forbidden to wield and carves a trail back home.
A drunken prince, who steps out from his beloved brother's shadow and claims a purpose of his own.
An imprisoned thief, who escapes the crushing dark and discovers a gleaming artifact - one that will ignite a power struggle across the globe.
On the run, hunted by enemies old and new, they must learn to trust each other in order to survive in a world evolved in strange, beautiful, and deadly ways, and uncover ancient secrets that hold the key to their salvation.
But with each passing moment, doom draws closer.
WHO WILL CLAIM THE STARLESS CROWN?"
I hadn't realized that James Rollins wrote fantasy before receiving an ARC of this, but I'm certainly excited to check it out now! I'm hoping to read this one soon, it sounds really intriguing. 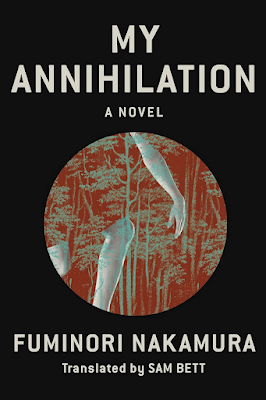 My Annihilation by Fuminori Nakamura, trans. Sam Bett
Publication: January 11th, 2022
Soho Crime
Hardcover. 264 pages.
Pre-order: Amazon | Bookshop.org
From Goodreads:
"What transforms a person into a killer? Can it be something as small as a suggestion?
Turn this page, and you may forfeit your entire life.
With My Annihilation, Fuminori Nakamura, master of literary noir, has constructed a puzzle box of a narrative in the form of a confessional diary that implicates its reader in a heinous crime.
Delving relentlessly into the darkest corners of human consciousness, My Annihilation interrogates the unspeakable thoughts all humans share that can be monstrous when brought to life, revealing with disturbing honesty the psychological motives of a killer."
The only crime fiction I really read is Japanese crime fiction occasionally, and I've been meaning to check out Nakamura's work for quite a while. I think this sounds like a great place to start!
What do you think about these upcoming releases? What are your anticipated upcoming releases?
Posted by Jordan @ForeverLostinLiterature at 2:00 AM