Can't-Wait Wednesday: Age of Ash by Daniel Abraham, Daughters of a Dead Empire by Carolyn Tara O'Neil, & A Lullaby for Witches by Hester Fox 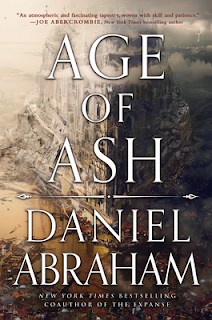 From Goodreads:
"From New York Times bestselling and critically acclaimed author Daniel Abraham, co-author of The Expanse, comes a monumental epic fantasy trilogy that unfolds within the walls of a single great city, over the course of one tumultuous year, where every story matters, and the fate of the city is woven from them all.
“An atmospheric and fascinating tapestry, woven with skill and patience.” –Joe Abercrombie, New York Times bestselling author of A Little Hatred
Kithamar is a center of trade and wealth, an ancient city with a long, bloody history where countless thousands live and their stories unfold.
This is Alys's.
When her brother is murdered, a petty thief from the slums of Longhill sets out to discover who killed him and why.  But the more she discovers about him, the more she learns about herself, and the truths she finds are more dangerous than knives. Swept up in an intrigue as deep as the roots of Kithamar, where the secrets of the lowest born can sometimes topple thrones, the story Alys chooses will have the power to change everything."
So I've actually read an ARC of this since making this Can't-Wait Wednesday list, but I wanted to include it anyway because I always enjoy a final copy release and I think a lot of people will love it! I can't say I ended up loving this one, but I do still look forward to seeing it out in the wild! And have you seen that awesome cover??
and... 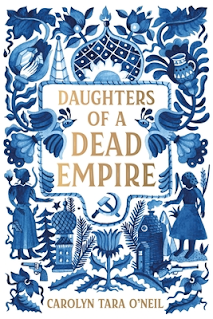 From Goodreads:
"From debut author Carolyn Tara O'Neil comes a thrilling alternate history set during the Russian Revolution.
Russia, 1918: With the execution of Tsar Nicholas, the empire crumbles and Russia is on the edge of civil war—the poor are devouring the rich. Anna, a bourgeois girl, narrowly escaped the massacre of her entire family in Yekaterinburg. Desperate to get away from the Bolsheviks, she offers a peasant girl a diamond to take her as far south as possible—not realizing that the girl is a communist herself. With her brother in desperate need of a doctor, Evgenia accepts Anna's offer and suddenly finds herself on the wrong side of the war.
Anna is being hunted by the Bolsheviks, and now—regardless of her loyalties—Evgenia is too.
Daughters of a Dead Empire is a harrowing historical thriller about dangerous ideals, loyalty, and the price we pay for change. An imaginative retelling of the Anastasia story."
I'm always curious about a new alternate history, and one set during the Russian Revolution and with an Anastasia retelling component?? I'm in, can't wait to check this one out!
and... 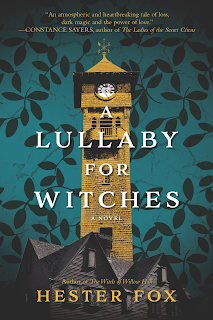 From Goodreads:
"Once there was a young woman from a well-to-do New England family who never quite fit with the drawing rooms and parlors of her kin.
Called instead to the tangled woods and wild cliffs surrounding her family’s estate, Margaret Harlowe grew both stranger and more beautiful as she cultivated her uncanny power. Soon, whispers of “witch” dogged her footsteps, and Margaret’s power began to wind itself with the tendrils of something darker.
One hundred and fifty years later, Augusta Podos takes a dream job at Harlowe House, the historic home of a wealthy New England family that has been turned into a small museum in Tynemouth, Massachusetts. When Augusta stumbles across an oblique reference to a daughter of the Harlowes who has nearly been expunged from the historical record, the mystery is too intriguing to ignore.
But as she digs deeper, something sinister unfurls from its sleep, a dark power that binds one woman to the other across lines of blood and time. If Augusta can’t resist its allure, everything she knows and loves—including her very life—could be lost forever."
I'm excited to see a new Hester Fox book (even though I need to majorly catch up on some of her other releases!) and this sounds like it could be a great witchy story.
What do you think about these upcoming releases? What are your anticipated upcoming releases?
Posted by Jordan @ForeverLostinLiterature at 2:00 AM

Email ThisBlogThis!Share to TwitterShare to FacebookShare to Pinterest
Labels: a lullaby for witches, age of ash, cww, daniel abraham, daughters of a dead empire, hester fox