Can't-Wait Wednesday: The School of Mirrors by Eva Stachniak, A River Enchanted by Rebecca Ross, & Last Exit by Max Gladstone 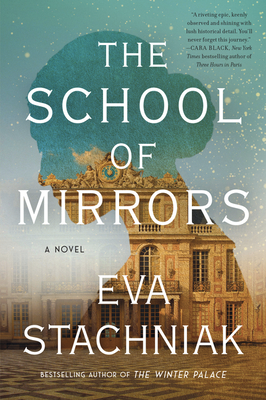 The School of Mirrors by Eva Stachniak
Publication: February 22nd, 2022
William Morrow & Company
Hardcover. 320 pages.
Pre-order: Amazon | Bookshop.org
From Goodreads:
"A scintillating, gorgeously written historical novel about a mother and a daughter in eighteenth-century France, beginning with decadence and palace intrigue at Versailles and ending in an explosive new era of revolution.
During the reign of Louis XV, impoverished but lovely teenage girls from all over France are sent to a discreet villa in the town of Versailles. Overseen by the King’s favorite mistress, Madame de Pompadour, they will be trained as potential courtesans for the King. When the time is right, each girl is smuggled into the palace of Versailles, with its legendary Hall of Mirrors. There they meet a mysterious but splendidly dressed man who they’re told is merely a Polish count, a cousin of the Queen. Living an indulgent life of silk gowns, delicious meals, and soft beds, the students at this “school of mirrors” rarely ask questions, and when Louis tires of them, they are married off to minor aristocrats or allowed to retire to one of the more luxurious nunneries.
Beautiful and canny Veronique arrives at the school of mirrors and quickly becomes a favorite of the King. But when she discovers her lover’s true identity, she is whisked away, sent to give birth to a daughter in secret, and then to marry a wealthy Breton merchant. There is no return to the School of Mirrors.
This is also the story of the King’s daughter by Veronique—Marie-Louise. Well-provided for in a comfortable home, Marie-Louise has never known her mother, let alone her father. Capable and intelligent, she discovers a passion for healing and science, and becomes an accredited midwife, one of the few reputable careers for women like her. But eventually Veronique comes back into her daughter’s life, bringing with her the secret of Marie-Louise’s birth. But the new King—Louis XVI—is teetering on his throne and it’s a volatile time in France…and those with royal relatives must mind their step very carefully."
I am loving the sound of this setting and premise! I always enjoy a story that focuses on courtesans in a really compelling and insightful way, and I think this one will have so much intrigue and excitement. Really can't wait to check this one out!
and... 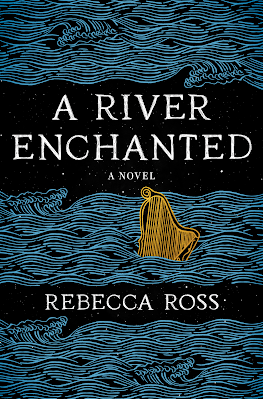 A River Enchanted by Rebecca Ross
Publication: February 15th, 2022
Harper Voyager
Hardcover. 480 pages.
Pre-order: Amazon | Bookshop.org
From Goodreads:
"Jack Tamerlaine hasn’t stepped foot on Cadence in ten long years, content to study music at the mainland university. But when young girls start disappearing from the isle, Jack is summoned home to help find them. Enchantments run deep on Cadence: gossip is carried by the wind, plaid shawls can be as strong as armor, and the smallest cut of a knife can instill fathomless fear. The capricious spirits that rule the isle by fire, water, earth, and wind find mirth in the lives of the humans who call the land home. Adaira, heiress of the east and Jack’s childhood enemy, knows the spirits only answer to a bard’s music, and she hopes Jack can draw them forth by song, enticing them to return the missing girls.
As Jack and Adaira reluctantly work together, they find they make better allies than rivals as their partnership turns into something more. But with each passing song, it becomes apparent the trouble with the spirits is far more sinister than they first expected, and an older, darker secret about Cadence lurks beneath the surface, threatening to undo them all.
With unforgettable characters, a fast-paced plot, and compelling world building, A River Enchanted is a stirring story of duty, love, and the power of true partnership, and marks Rebecca Ross’s brilliant entry on the adult fantasy stage."
I'm really curious to see Rebecca Ross with an adult fantasy release! I enjoyed one of her YA books, but it didn't really blow me away–I'm excited to see how this one is, it sounds like a really promising premise.
and... 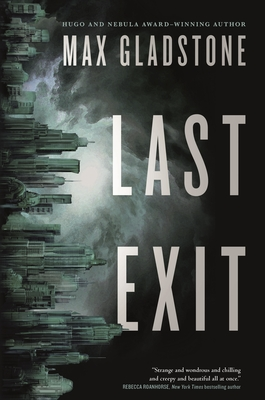 Last Exit by Max Gladstone
Publication: February 22nd, 2022
Tor Books
Paperback. 400 pages.
Pre-order: Amazon | Bookshop.org
From Goodreads:
"Ten years ago, Zelda led a band of merry adventurers whose knacks let them travel to alternate realities and battle the black rot that threatened to unmake each world. Zelda was the warrior; Ish could locate people anywhere; Ramon always knew what path to take; Sarah could turn catastrophe aside. Keeping them all connected: Sal, Zelda’s lover and the group's heart.
Until their final, failed mission, when Sal was lost. When they all fell apart.
Ten years on, Ish, Ramon, and Sarah are happy and successful. Zelda is alone, always traveling, destroying rot throughout the US.
When it boils through the crack in the Liberty Bell, the rot gives Zelda proof that Sal is alive, trapped somewhere in the alts.
Zelda’s getting the band back together—plus Sal’s young cousin June, who has a knack none of them have ever seen before.
As relationships rekindle, the friends begin to believe they can find Sal and heal all the worlds. It’s not going to be easy, but they’ve faced worse before.
But things have changed, out there in the alts. And in everyone's hearts.
Fresh from winning the Hugo and Nebula Awards, Max Gladstone weaves elements of American myth--the muscle car, the open road, the white-hatted cowboy--into a deeply emotional tale where his characters must find their own truths if they are to survive."
I really have no idea what to expect from this one, but I think it sounds weird and interesting enough to get me excited!
What do you think about these upcoming releases? What are your anticipated upcoming releases?
Posted by Jordan @ForeverLostinLiterature at 2:00 AM