Can't-Wait Wednesday: The City of Dusk (The Dark Gods #1) by Tara Sim & The Carnival of Ash by Tom Beckerlegge 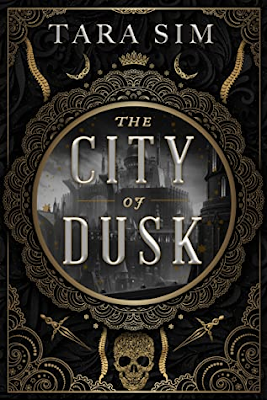 From Goodreads:
"The Four Realms—Life, Death, Light, and Darkness—all converge on the city of dusk. For each realm there is a god, and for each god there is an heir.
But the gods have withdrawn their favor from the once vibrant and thriving city. And without it, all the realms are dying.
Unwilling to stand by and watch the destruction, the four heirs—Risha, a necromancer struggling to keep the peace; Angelica, an elementalist with her eyes set on the throne; Taesia, a shadow-wielding rogue with rebellion in her heart; and Nik, a soldier who struggles to see the light— will sacrifice everything to save the city. But their defiance will cost them dearly."
This is a weird Can't-Wait Wednesday where I've actually read both of these books this week, but I'm still really excited for their release because I loved them! The City of Dusk is so intense and intriguing, I actually would love to re-read it sometime. Can't wait to see the final edition!
and... 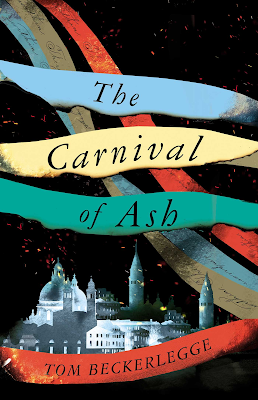 From Goodreads:
"An extravagant, lyrical fantasy about a city of poets and librarians. A city that never was.
Cadenza is the City of Words, a city run by poets, its skyline dominated by the steepled towers of its libraries, its heart beating to the stamp and thrum of the printing presses in the Printing Quarter.
Carlo Mazzoni, a young wordsmith arrives at the city gates intent on making his name as the bells ring out with the news of the death of the city’s poet-leader. Instead, he finds himself embroiled with the intrigues of a city in turmoil, the looming prospect of war with their rival Venice ever-present. A war that threatens not only to destroy Cadenza but remove it from history altogether…"
The Carnival of Ash is a really unexpected alternate history sort of book and I'm so excited for its release, especially because I bought a nice signed Goldsboro edition since I enjoyed it so much!
What do you think about these upcoming releases? What are your anticipated upcoming releases?
Posted by Jordan @ForeverLostinLiterature at 2:00 AM

Email ThisBlogThis!Share to TwitterShare to FacebookShare to Pinterest
Labels: cww, tara sim, the carnival of ash, the city of dusk, tom beckerlegge