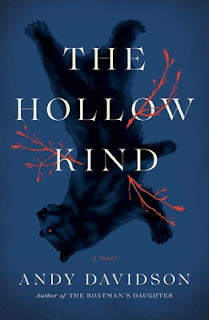 From Goodreads:
"Andy Davidson's epic horror novel about the spectacular decline of the Redfern family, haunted by an ancient evil.
Nellie Gardner is looking for a way out of an abusive marriage when she learns that her long-lost grandfather, August Redfern, has willed her his turpentine estate. She throws everything she can think of in a bag and flees to Georgia with her eleven-year-old son, Max, in tow.
It turns out that the estate is a decrepit farmhouse on a thousand acres of old pine forest, but Nellie is thrilled about the chance for a fresh start for her and Max, and a chance for the happy home she never had. So it takes her a while to notice the strange scratching in the walls, the faint whispering at night, how the forest is eerily quiet. But Max sees what his mother can't: They're no safer here than they had been in South Carolina. In fact, things might even be worse. There's something wrong with Redfern Hill. Something lurks beneath the soil, ancient and hungry, with the power to corrupt hearts and destroy souls. It is the true legacy of Redfern Hill: a kingdom of grief and death, to which Nellie's own blood has granted her the key.
From the author of The Boatman's Daughter, The Hollow Kind is a jaw-dropping novel about legacy and the horrors that hide in the dark corners of family history. Andy Davidson's gorgeous, Gothic fable tracing the spectacular fall of the Redfern family will haunt you long after you turn the final page."
This sounds spectacularly creepy and I am so intrigued by this entire premise, it sounds like something I would love. I also really like this cover! Although I think I thought it was a bird for the longest time, oops.
and... 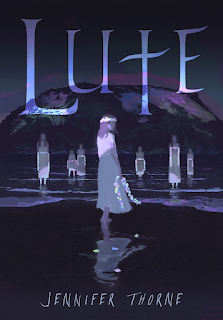 From Goodreads:
"On the idyllic island of Lute, every seventh summer, seven people die. No more, no less.
Lute and its inhabitants are blessed, year after year, with good weather, good health, and good fortune. They live a happy, superior life, untouched by the war that rages all around them. So it’s only fair that every seven years, on the day of the tithe, the island’s gift is honored.
Nina Treadway is new to The Day. A Florida girl by birth, she became a Lady through her marriage to Lord Treadway, whose family has long protected the island. Nina’s heard about The Day, of course. Heard about the horrific tragedies, the lives lost, but she doesn’t believe in it. It's all superstitious nonsense. Stories told to keep newcomers at bay and youngsters in line.
Then The Day begins. And it's a day of nightmares, of grief, of reckoning. But it is also a day of community. Of survival and strength. Of love, at its most pure and untamed. When The Day ends, Nina―and Lute―will never be the same."
This sounds really weird and I'm loving it! I feel like I really don't know what to expect from this book based on the synopsis, which makes me all the. more excited to find out.
and... 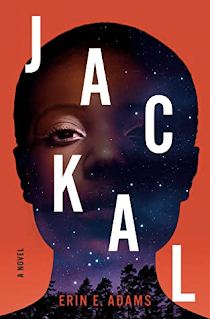 From Goodreads:
"It’s watching.
Liz Rocher is coming home . . . reluctantly. As a Black woman, Liz doesn’t exactly have fond memories of Johnstown, Pennsylvania, a predominantly white town. But her best friend is getting married, so she braces herself for a weekend of awkward and passive-aggressive reunions. Liz has grown, though; she can handle whatever awaits her. But on the day of the wedding, somewhere between dancing and dessert, the bride’s daughter, Caroline, goes missing—and the only thing left behind is a piece of white fabric covered in blood.
It’s taking.
As a frantic search begins, with the police combing the trees for Caroline, Liz is the only one who notices a pattern: a summer night. A missing girl. A party in the woods. She’s seen this before. Keisha Woodson, the only other Black girl in school, walked into the woods with a mysterious man and was later found with her chest cavity ripped open and her heart missing. Liz shudders at the thought that it could have been her, and now, with Caroline missing, it can’t be a coincidence. As Liz starts to dig through the town’s history, she uncovers a horrifying secret about the place she once called home. Children have been going missing in these woods for years. All of them Black. All of them girls.
It’s your turn.
With the evil in the forest creeping closer, Liz knows what she must do: find Caroline, or be entirely consumed by the darkness."
This sounds very intense and I'm really excited to dive in to my NetGalley ARC! I feel like the general concept reminds me of a few other books, but all in a great way and I can't wait to see how this story plays out.
What do you think about these upcoming releases? What are your anticipated upcoming releases?
Posted by Jordan @ForeverLostinLiterature at 2:00 AM