Let's just talk for a second about the new cover reveals going on at Epic Reads for fall 2015. I'm pretty excited. It likes there are going to be some really great books coming out this fall, and I know this is only the half of it!

Here are some of the ones that I am most excited for/I know many others will be excited for:
(all books/summaries/information are courtesy of Epic Reads)

1. Walk on Earth a Stranger by Rae Carson
I loved The Girl of Fire and Thorns trilogy, and was extremely saddened when I finished the trilogy. Although Carson's new book is completely unrelated, I am so excited to see what she has in store for us now. I really enjoyed Carson's writing style and character creations.

2. Ice Like Fire by Sara Raasch
I'm just now reading Snow Like Ashes and so far I am really, really loving it! I love the idea of using the Seasons as a world set-up, and Raasch executes it wonderfully. I am now extremely excited for the release of Ice Like Fire, the sequel to Snow Like Ashes.

3. Newt's Emerald by Garth Nix
Garth Nix is a personal favorite. I remember reading The Keys to the Kingdom when I was 10 years old, and they really helped to spark my love for fantasy. Since then, I've always had a soft spot for Nix. You can read a summary of this at Epic Reads or Goodreads. It seems to be quite a departure from Nix's past work, so it should definitely be an interesting read.

Also, I am in love with this cover. How could you not love that!? (if you dont, it's really okay, I'll only judge you a little)

4. Da Vinci's Tiger by Laura Malone Elliot
I love da Vinci, I love historical, and I think this has wonderful potential! Basically, this story follows Ginevra de Benci, who falls in love with Leonardo da Vinci and becomes his muse. (you can find a better summary at Goodreads) Renaissance Florence is such an exciting and vibrant time period, and I think this novel will be an extremely interesting look into the romance between da Vinci and de Benci.

5. Ash & Bramble by Sarah Prineas
I am such a sucker for fairytale retellings, and this extremely reworked story of Cinderella sounds amazing! What I like about this retelling is it seem as though the author is trying to make the "Cinderella" character much more independent and reliant on herself, rather than a nice young prince. All in all, I'm very intrigued for this one.

Personally, this cover isn't my favorite. I think if they were to just take out the nice woman there and leave everything else, it would be much better.

6. Velvet Undercover by Teri Brown
This is one of those completely unexpected novels that I knew nothing about, and I know just about nothing about the author. The story follows a young British girls who acts as a spy during World War I. I don't know about you, but that sounds pretty enticing to me. Who doesn't love a good spy novel?

7. This Monstrous Thing by Mackenzi Lee
Two words: "reimagined Frankenstein." You've got me. Hook, line, and sinker. A young boy brings his brother back from the dead... and then Frankenstein is published. There's your basic plot. I'm so excited. I know I've said that so much already, but seriously. I haven't read very many Frankenstein retellings, and this is so cool.

9.  The Immortal Heights by Sherry Thomas
And for those of you who are fans of Sherry Thomas' The Burning Sky trilogy... the third and final installment is coming! I read the first one, and while I liked it, I didn't  like it enough to read the second (which wasn't out yet, I don't think), but with so many people talking about it lately it's really giving me the itch to check it out again. The Burning Sky is book 1, followed by The Perilous Sea, and now wrapping it up is The Immortal Heights. 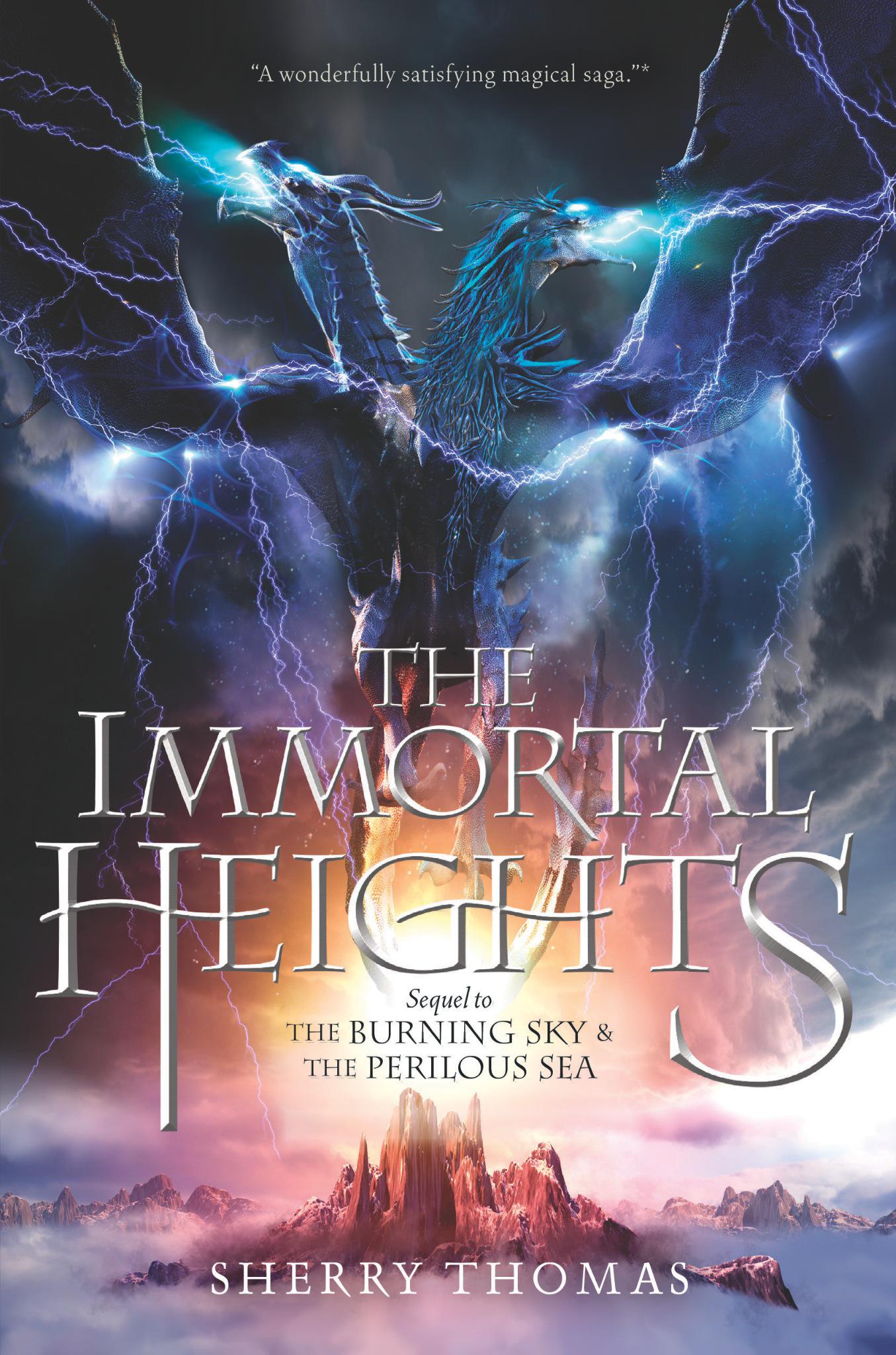 
What are you guys most excited for!? Leave a comment below!

Posted by Jordan @ForeverLostinLiterature at 9:00 AM