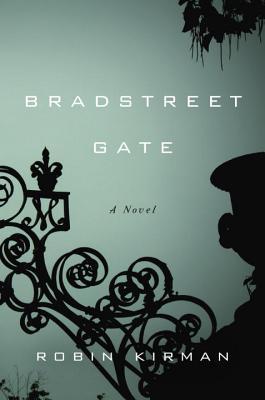 What I hoped would be a delicious, mysterious novel centered around the murder of a college student turned out to be a rather ho-hum story more focused on the minute details of the supporting cast's lives that, let's be honest, weren't all that interesting.

This story centers around the lives of three college students and a professor, both during and after another fellow classmate is murdered. Through various narratives, we learn about the lives, secrets, obsessions, and general complexities that have led to the transpiring of many events.

Despite the fact that the murder is the main plot for this novel, it's really not all that interesting. The student who is murdered? She's not event that important. Most of us probably couldn't care less about her or her death. I can understand that it was more of a plot device to get the ball rolling and explain the hidden and taboo issues that surround the student's murder, but for a novel that boasts itself as a college murder mystery, it doesn't quite live up to that.

Our four main characters are: quiet, somewhat shy Charlie who comes from a working-class family, but wishes to rub elbows with the rich Harvard elite; Georgia, the enigmatic blonde that everyone wants, but basically no one gets, and who has a complicated history with her father; Alice, a pissed-off-at-the-world young woman who despises her family, which leaves her full of rage and motivation; and we have Storrow, the mysterious, somewhat awkward professor that rolls into bed with one of his students, accidentally offends his students, and is accused of murder.

I had an extremely difficult time caring about any of the character. I'm not necessarily one of those people that has to like the characters in order to enjoy a novel, but I simply didn't care about them. There were no great, defining qualities that drew you to them and made you want to follow their life and participate in their difficulties. I hated Storrow; he was an incredibly pathetic, disgusting man who I simply couldn't bring myself to like or pity in the slightest manner, despite Charlie's early attempts to make him appear pitiable. Sorry, Charlie, not going to happen.

The way in which these characters stayed "connected" after college is incredibly weird as well. I just can't possibly believe that these people who really didn't have that strong of a connection even while attending college would possibly rely on one another outside of college. In fact, beside the facade of each character and their interactions, they almost (sort of) hated one another. There was always tension, always some issue, and I can't recall any interactions that were, well, happy. The best way to describe their interaction would be as extremely unhealthy, magnetized attractions to one another.

Kirman also seemed to keep hinting at a huge, incredibly wide array of interesting subplots and secrets, but she never dug deeper and explored those ideas, which would have added so much to this otherwise disappointing novel. I both liked and disliked the way in which Kirman jumped back and forth between characters and time periods. It was incredibly confusing, but that style sort of fit with this book. The timeline and jumping around sort of matched the jilted and troubled lives of the characters; nothing was linear, nothing made sense, and nothing was ever perfect/right/etc.

Oh, and to anyone who compares it to The Secret History by Donna Tartt: stop. The only comparison is that it's a college campus and there was a murder. Comparison stops there; nothing else is the same.

Despite the many things I apparently really disliked about this novel, I kept reading it. Something, somehow, dragged me on. I feel a large part of that reason was Kirman's writing style; she truly does have a haunting, melodic tone to her narrative which does add to the air of intrigue and ability to keep readers turning those pages (or tapping their Kindles, in my case). There are moments throughout this story where Kirman's voice shines through, and that is what made this somewhat dry and unlikable a bit more enjoyable and intriguing. Because of this, Bradstreet Gate will be receiving three stars from me.

You might also like:
The House at Riverton by Kate Morton
The Book of Speculation by Erika Swyler
The Paying Guests by Sarah Waters

Posted by Jordan @ForeverLostinLiterature at 8:34 AM