**I received free copies of "The Chosen Voice." "The Rat," and "Under the Bright Water" in exchange for honest reviews**

I was recently contact by author Beth Madden regarding her fantasy series, Treading Twisted Lines, which takes place in a technological advanced area known as Four Free Areas. Within this world are wizards and priests that you are introduced to through a variety of short stories. For this review, I read the first three short stories form this fantasy cycle and have reviewed them below. In brief, this was a refreshing and delightful surprise of short stories that I am sincerely looking forward to continuing. I am not always a big fan of short stories, as I find it difficult to immerse myself in such a short amount o time, but I had absolutely no problem with that in these stories, and instead found myself immediately drawn to each setting and story.

These stories are all connected through the setting and perhaps later events in later books, but they are also independent from one another, which makes them easy to pick up. 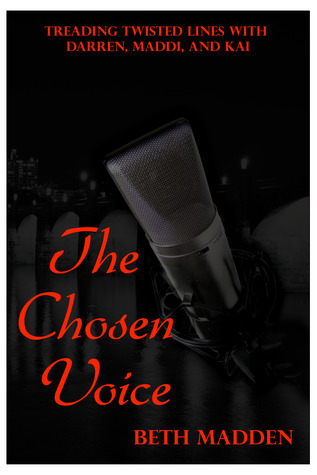 "The Chosen Voice" (#1) ⋆⋆⋆⋆
The first thing that stood out to me in this short story was Madden's wonderfully crafted characters. She is able to develop strong, interesting personalities in a very short amount of time, something that takes a great deal of skill to do. The main character of this story is Christine, a bold young woman who knows what she wants and will do whatever it takes to do her job in order to get ahead. We are also introduced to Darren, a man with a special singing power that makes him rather exceptional and stand out among others. I won't say what this power is, but suffice to say it is something I would have never expected and is a brilliant idea. Christine is sent to interview Darren for his abilities, and the meeting between these two creates a powerful conflict of personalities that somehow works out really well.

In regards to these two characters' personalities, I can't say I would necessarily want to be their friends in real life, but they were perfect for this story and I loved learning about them through their actions and thoughts. I don't feel the need to "connect" to every character in a book like most people (for some reason) do, so the fact that I didn't see a personal connection with them was no problem at all. "The Chosen Voice" is clever and unique, and the characters  have a sense of realness to them that makes it much more realistic entertaining. I felt like I could actually encounter any number of these people or circumstances (minus the magic parts) on any regular day.

The setting is a somewhat alternative yet still normal world, though the inserted elements of fantasy stand out in a good way. It's a gritty and dark setting, and I felt some Asian (Japanese?) vibes from it; it's uncertain yet still interesting. I am hoping that a longer, continued story would expand more on this setting, because so far I am extremely intrigued by it.

The story is told mainly in the present with a few flashbacks that confused me at first, but I eventually caught on and actually grew to enjoy them - which is saying something, considering I'm not normally a huge fan of flashbacks in stories. "The Chosen Voice" was very engaging and I was impressed by how high quality this story was - I highly recommend it. 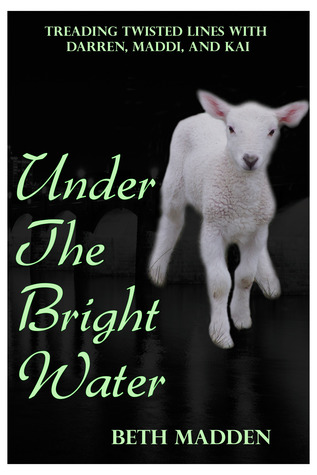 Under the Bright Water focuses on Kai, a young boy who is afflicted with a curse that causes him to constantly feel dirty and to see dirt and grime in all places; he struggles with the constant need to feel clean.

I felt immediately drawn to Kai and sympathized with his constant internal conflictions. His solution to this problem is the Bright Waters. His actions almost turn into an addiction, and following along with the emotions and struggles that Kai faces were extremely compelling.

In "Under the Bright Water," we are also introduced to a wide variety of various magical priests, which added a new element to this fantasy story cycle and brought so much more depth and intrigue overall. I did feel that there were a few too many characters crammed into this story, and at times I found it difficult discerning exactly who was who and what was going on. I understand that this  adds to the air of intrigue and mystery, but it made it somewhat difficult to follow along at times. 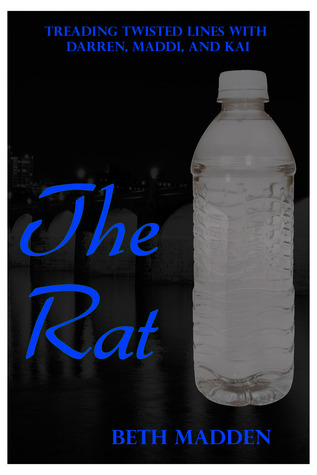 "The Rat" (#3) ⋆⋆⋆⋆
If you read the first two stories and felt like you were missing some of the darker, bleaker atmosphere of this world, "The Rat" will deliver. This is much more depressing story, but it still kept me hooked on every page. I felt that although Madden's writing skills are blatantly apparent in her other stories, I feel that this story in particular shows her full depth and quality of writing, as this story takes the reader to an entirely different level.

"The Rat" tells the brief story of an unpleasant trip across the country with the Rat and his cruel father. We start off being introduced to a character known as the Rat, who is actually a young boy. What I loved about Madden calling this character 'the Rat' is that for the first few pages, I genuinely believed that the Rat was an actual rat. It took me quite a while to transfer my mental image, and even then I still view him as a rat of some sort, so kudos to the author for that stroke of genius.

The other main character we are introduced to is the father, a dark and unappealing man. He's clever, I'll give him that much, but certainly not someone you ever want to have to deal with. His treatment of the Rat is horrible and disheartening to read.

I think my only problem with this story is similar to that of the second one, which was that I felt a bit lost with the different characters and in trying to discern what was really going on without it being explicitly said. Again, this seems to be a stylistic choice that is effective and well-written, but it does leave things a bit uncertain.

Overall, this is a series that I would highly recommend to anyone looking for an intriguing, unique, and well-written new fantasy series that will continue to surprise and intrigue throughout the entire story. I look forward to continuing these stories! Altogether, I am giving these first three stories a combined four-star rating.

You might also like:
Sun Kissed by Coco Nichole
A Fierce and Subtle Poison by Samantha Mabry
Uprooted by Naomi Novik

Posted by Jordan @ForeverLostinLiterature at 11:27 AM