I've got two graphic novels waiting for me on my TBR, so I've decided to feature both of them! Up first is Aether & Empire by Mike Horan, and second is The Wicked + Divine by Kieran GIllen. I'm already a little bit into Aether & Empire, but haven't had a chance to read more yet, so I'm excited to see how the story continues to go. The Wicked + Divine sounds really interesting and I've heard so many split opinions on it, so I can't wait to find out for myself. Read on for synopses! 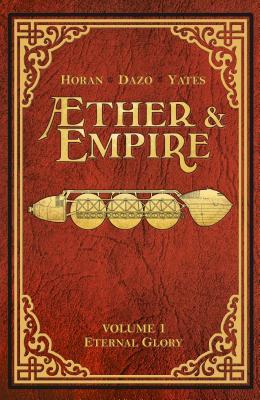 "At the height of Victoria's reign, a scientific expedition to Mars has vanished and the daring rescue mission is now a race against time and space. When control is wrested from fellow scientists and given to a heroic crew of Her Majesty's Navy, can the two groups work together to save the men of the first voyage? Jules Verne meets Star Trek in Aether & Empire, a tale of adventure, mystery, and terror from Blue Juice Comics! This volume collects Issues 1-6 of the comic book."

"Every ninety years, twelve gods incarnate as humans. They are loved. They are hated. In two years, they are dead. The team behind critical tongue-attractors like Young Avengers and PHONOGRAM reunite to create a world where gods are the ultimate pop stars and pop stars are the ultimate gods. But remember: just because you’re immortal, doesn’t mean you’re going to live forever."


Are you interested in reading these books? What books are on your TBR?