Fools and Mortals by Bernard Cornwell 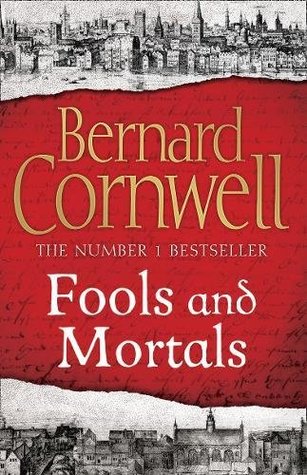 "A dramatic new departure for international bestselling author Bernard Cornwell, FOOLS AND MORTALS takes us into the heart of the Elizabethan era, long one of his favourite periods of British history.
Fools and Mortals follows the young Richard Shakespeare, an actor struggling to make his way in a company dominated by his estranged older brother, William. As the growth of theatre blooms, their rivalry – and that of the playhouses, playwrights and actors vying for acclaim and glory – propels a high-stakes story of conflict and betrayal.
Showcasing his renowned storyteller’s skill, Bernard Cornwell has created an Elizabethan world incredibly rich in its portrayal: you walk the London streets, stand in the palaces and are on stage in the playhouses, as he weaves a remarkable story in which performances, rivalries and ambition combine to form a tangled web of intrigue."


This idea of having Richard Shakespeare, little brother to William, wanting to become an actor in the Elizabethan era sounds so intriguing! I love historical fiction, and this sounds like it will be a fantastic piece of work. Can't wait to pick this one up. :)

Never miss a post of bookish fun by subscribing to Forever Lost in Literature!
Posted by Jordan @ForeverLostinLiterature at 7:07 AM