This week's top ten Tuesday theme is: yummy foods mentioned in books!
I've collected some books that I remember having at least one fantastic food description, or at least food that I personally love. I added a few quotes here and there as examples, but for some of these I couldn't pinpoint exactly where they showed up, so I've just described the goodness.

This might be obvious,  but this book has so much food and some of it sounds incredible. I thought about including some sort of quote, but there are so many that I couldn't decide! If you want a sneak peak of some ancient food recipes, this is your book. 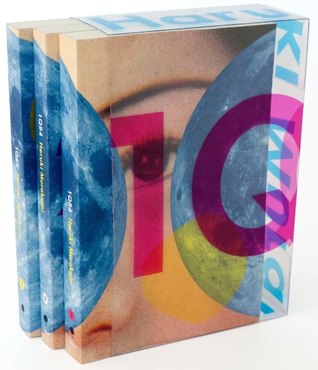 Literally any book by Haruki Murakami
Okay, so there are a few that don't have much in the way of food, but most of his books feature plenty of scenes of men and women cooking food in intricate detail. Even if I don't like the dish they're making, I always want it and I am always completely enraptured in his descriptions.

The Name of the Wind by Patrick Rothfuss
There is very little in this world that I love more than classic fantasy inn/tavern food. Stew, bread, and ale? Hell yes, sign me up. Everything about the cliche'd, typical fare is so deliciouly fantasy and makes me just want to curl up by a fire and read my book in cold weather. There is plenty of classic fantasy fare in this book  just waiting for you to enjoy. From the beginning:
"The innkeeper appeared with five bowls of stew and two warm, round loaves of bread. He pulled more beer for Jake, Shep, and Old Cob, moving with an air of bustling efficiency."

Heartlesss by Marissa Meyer (Review)
The girl loves to bake, so of course that lends to some delicious pastries and other desserts to be described in these pages.
"The luscious lemon tarts glistened up at Catherine.... She picked through the curled, sugared lemon peels laid out on parchment and arranged them like rose blossoms on the tarts, settling each strip into the still-warm center. The aromas of sweet citrus and buttery, flaky crust curled beneath her nose." I have never wanted lemon tarts so much in my life.

The Girl Who Circumnavigated Fairyland in a Ship of Her Own Making by Catherynne Valente
I think all that needs to be said is done with this excerpt:
"A long table groaned with food: apple dumplings and apple tartlets and candied apples and apple chutney in big crystal bowls, huge roasted geese glistening brown and gold, giant potatoes and turnips split and steaming, rum cakes and blackberry pies, sheafs of toffee bundled together like wheat, squash soup in tureens shaped like stars, golden pancakes, slabs of gingerbread, piles of hazelnuts and walnuts, butter domes carved like pine cones, a stupendous broiled boar with a pear in his mouth and parsley in his hoofs. And pumpkin, pumpkin everywhere: orange pumpkin soup bubbling in hollowed-out gurds, pumpkin bread, pumpkin muffins, frothy pumpkin milk, pumpkin trifles piled up with whipped cream, pumpkin-stuffed quail, and pumpkin pies of ever size cooling on the clean tablecloth" (133). I wouldn't even know what to do with all of that in front me... but I'm more than willing to find out.

The Eye of the World by Robert Jordan
This is just filled with more classic fantasy fare as the characters travel through various lands and stop at different inns.
Excerpt: "Of course, Mistress al'Vere would insist on putting a hot meal in front of him once they reached the inn. A steaming plate of her thick lamb stew, probably. And some of that bread she had been baking. And lots of hot tea" (95). Uhm, yes please?

The Lord of the Rings trilogy by J.R.R. Tolkien
I mean, what don't I want to try? Honey-cakes, cram, lembas--I want it all. They don't all necessarily sound delicious, but the nutrition benefits sound awesome. The Elvish lembas bread is described as able to stay fresh for months (imagine!) and is able to provide so much sustenance. I also wouldn't say no to trying some beverages, like the Elvish Miruvor drink. And, of course, potatoes.

The Crown's Game by Evelyn Skye  (Review)
There are actually a few moments in this book in which delicious foods--usually of the sweet variety--are mentioned, including this moment in the very first pages:
"The smell of sugar and yeast welcomed Vika even before she stepped into the pumpkin-shaped shop on the main street of their little town. She resisted the urge to burst into Cinderella Bakery—her father had labored for sixteen years to teach her how to be demure—and she slipped into the shop and took her place quietly at the end of the line of middle-aged women.
...
Ludmila laughed as she fetched a Borodinsky loaf, the dense Russian black bread that was Sergei’s daily staple. She wrapped the bread in brown paper, creased the corners, and tied it with cotton twine."
I just love the sound of this bakery!

A Face Like Glass by Frances Hardinge (Review)
This book has Cheeses that can make you feel wonderful things and see stars, Wines that make you forget things, and many more enchanting foods. I would definitely want to be careful when eating or drinking anything from this book, but I definitely would want to try something....

What are your favorite foods mentioned in books?