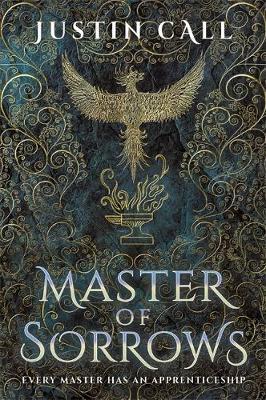 "You have heard the story before - of a young boy, orphaned through tragic circumstances, raised by a wise old man, who comes to a fuller knowledge of his magic and uses it to fight the great evil that threatens his world.

But what if the boy hero and the malevolent, threatening taint were one and the same?

What if the boy slowly came to realize he was the reincarnation of an evil god? Would he save the world . . . or destroy it?

Among the Academy's warrior-thieves, Annev de Breth is an outlier. Unlike his classmates who were stolen as infants from the capital city, Annev was born in the small village of Chaenbalu, was believed to be executed, and then unknowingly raised by his parents' killers.

Seventeen years later, Annev struggles with the burdens of a forbidden magic, a forgotten heritage, and a secret deformity. When he is subsequently caught between the warring ideologies of his priestly mentor and the Academy's masters, he must choose between forfeiting his promising future at the Academy or betraying his closest friends. Each decision leads to a deeper dilemma, until Annev finds himself pressed into a quest he does not wish to fulfil.

Will he finally embrace the doctrine of his tutors, murder a stranger, and abandon his mentor? Or will he accept the more difficult truth of who he is . . . and the darker truth of what he may become . . ."
The blurb is right, I have heard that story before.... until we get to the later part of the blurb! I have to say, the cover is what initially grabbed my attention, but that synopsis is what confirmed it. Really looking forward to this one! 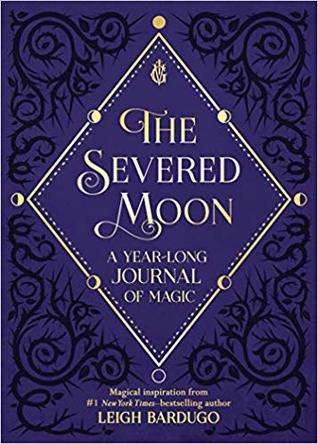 "A bewitching journal filled with prompts and quotations from the imagination of worldwide #1 bestselling author Leigh Bardugo.

"We learn to wring magic from the ordinary.”

Find the magic in your life with this year-long journal. On every page you will find an introspective question to respond to, or an evocative quotation from the novels of the Grishaverse—a magical world created by bestselling author Leigh Bardugo. Open your windows to the moon, write down what each prompt or quote conjures in your mind, and let this journal guide you through 365 days of magical self reflection."

So as you can no doubt see, this isn't really a book, but I've recently discovered it and am really interested in it! I've never been good at journals despite trying countless times to keep them, but this sounds like it might make for some thoughtful topics and ideas to ponder and write about, so I think I'll have to try to pick up a copy at some point.