This week's topic is a good one, but it's also a difficult one for me because I read books from a lot of new-to-me authors last year. What I decided to do was choose authors that I had either never heard of before or knew very little about other than their names and what they wrote. Still, this was hard to narrow down, but here we are! I also chose to leave out some authors that, although new to me, I already new a lot about and see mentioned a lot.

Also, as I was putting this list together I realized I made a similar post back in June and half of the authors I wanted to share here were already mentioned there! I decided to not include them here for that reason, so if you'd like to see a few others that were new to me, check this post out also!

*All author photos pulled from the author's website or Goodreads.

R.F. Kuang
What I read: The Poppy War
What I would like to read next: The Dragon Republic
R.F. Kuang hit the fantasy scene with a bang and I think she deserves all the praise and accolades she has received. The Poppy War was an incredibly intense fantasy and considering that was her debut, I can only imagine what else the future holds for her.
Author Website

Josiah Bancroft
What I read: Senlin Ascends, Arm of the Sphinx (currently reading The Hod King!)
What I would like to read next: The fourth book? Anything he decides to write!
Bancroft's debut, Senlin Ascends, started out its life as a fantastic self-published novel before it was picked up by Orbit. I'm pretty sure there were already plenty of people who loved Senlin Ascends when it was still self-published, and I actually first heard about his book via Mark Lawrence's gushing praise for it. Traditional publishing has only opened up the market for more to find out about his fantastic writing.
Author website

Tade Thompson
What I read: Rosewater
What I would like to read next: The Rosewater Insurrection, The Murder of Molly Southburne
When it comes to Thompson, I think I'm just slow on the uptake because I think he's been a pretty well-respected author for a while. Regardless, I'm glad I have finally been introduced to his work via Rosewater and can now explore what else he's written. If Rosewater is anything to go by, then I have a lot to look forward to. 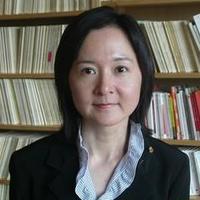 Yoko Ogawa
What I read: Revenge: Stories
What I would like to read next: Hotel Iris, The Housekeeper and the Professor
I just reviewed Ogawa yesterday so this might be a huge surprise, but I only recently discovered Ogawa and really enjoyed her first book of short stories. Hotel Iris sounds particularly interesting to me and I'm definitely intrigued to see what her style is like in a longer format. 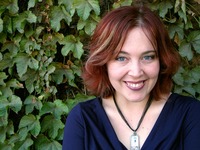 Tessa Gratton
What I read: The Queens of Innis Lear
What I would like to read next: Strange Grace
The Queens of Innis Lear was such a beautiful and impressive novel that I'm not really curious to see what her other books are like. Strange Grace already caught my eye earlier this year and I've heard great things about it, so I hope to have a chance to read that this year.
Author website

Travis Riddle
What I read: Balam, Spring, The Narrows (Wondrous up next!)
What I would like to read next: Wondrous
Travis Riddle has probably been one of my most exciting new finds this year. He is a self-published author from Texas who is really doing a fantastic job with his books. Just between Balam, Spring and The Narrows I've already seen some great range from him, and Wondrous seems like yet another one that's a bit different from the others. I love authors with range that can always surprise you, so he's an author that I will definitely continue to follow.
Author website 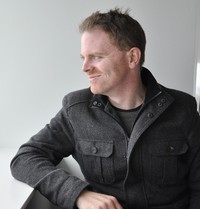 James Islington
What I read: The Shadow of What Was Lost
What I would like to read next: An Echo of Things to Come
Islington's Licanius trilogy (so far) is awesome and I really need more people to get on board with these books! I thoroughly enjoyed the first book and plan to continue soon. I really hope Islington starts to get more recognition soon because it is seriously deserved. I'm really excited to see what he writes after this trilogy is wrapped up as well because he has fantastic potential.
Author Website

Devin Madson
What I read: We Ride the Storm
What I would like to read next: The Blood of Whispers
I've rambled on about We Ride the Storm enough, but I still had to include Devin Madson on this list. She's another self-published author that I hadn't heard of before this year when she emailed about a review request and I'm so glad I had a chance to read her book. She already has a trilogy out that was published before We Ride the Storm, so that is something I plan to dive into (maybe?) sometime this year.
Author Website

Alexandria Warwick
What I read: The Demon Race
What I would like to read next: Below (North #1)--out 2020

Warwick's debut, The Demon Race, immediately screamed to me about her talent for writing detailed, three-dimensional characters with well-drawn inner turmoil. Warwick has such a beautiful and talented way with words and I cannot wait for her upcoming trilogy because I have a feeling it's going to be fantastic.
Author Website

Tasha Suri
What I read: Empire of Sand
What I would like to read next: Realm of Sand

Suri has such a beautiful way of telling a story. The plotting of Empire of Sand was such a perfect balance between taking it's time but also keeping me engaged and I look forward to continue reading books from her.
Author Website

Have you read any of these authors? Who are some new authors you discovered in 2018?


I am also an Amazon affiliate, so if you'd prefer to shop through Amazon, just click the banner on the upper right hand side of my blog! (above the 'Follow by email' box, you may need to pause adblock to see it!)
Posted by Jordan @ForeverLostinLiterature at 7:01 AM