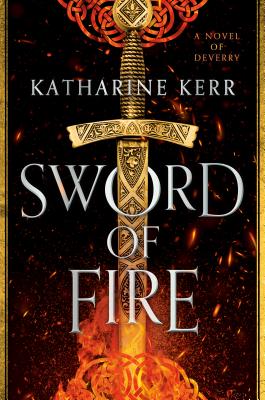 "This first novel of an epic fantasy trilogy reintroduces readers to the beloved and bestselling world of Deverry, blending magic, politics, and adventure in an unforgettable setting.

The bards are the people's voice--and their sword.

All over the kingdom of Deverry, the common people are demanding reform of the corrupt law courts. In Aberwyn, the situation catches fire when Gwerbret Ladoic, second in authority only to the High King, allows a bard to starve to death rather than hear their grievances.

Guildwoman Alyssa, a student at the local scholars' collegium, and Lady Dovina, the gwerbret's own daughter, know that evidence exists to overthrow the so-called traditional legal system, if they can only get it into the right hands. The powerful lords will kill anyone who threatens their privileges.

To retrieve the proof, Alyssa must make a dangerous journey that will either change her life forever--or end it."
This sounds intense and detailed and I love the sound of the political backdrop. I've not read anything by Katharine Kerr, but I've heard great things about her work so I'm really looking forward to this new one. And just like last week, I think both covers for this book are gorgeous and just give off such different vibes, so I had to share both. 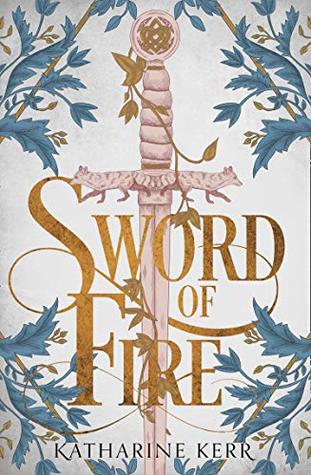 "I'm Fetch Phillips, just like it says on the window. There are a few things you should know before you hire me:
1. Sobriety costs extra.
2. My services are confidential - the cops can never make me talk.
3. I don't work for humans.

It's nothing personal - I'm human myself. But after what happened, Humans don't need my help. Not like every other creature who had the magic ripped out of them when the Coda came... I just want one real case. One chance to do something good. Because it's my fault the magic is never coming back.

The Last Smile in Sunder City is a brilliantly voiced fantasy for fans of Ben Aaronovitch, Rotherweird or Terry Pratchett's Discworld, and the debut novel from actor Luke Arnold - known for his lead role in Black Sails!"
This sounds like a lot of fun. I'm really not sure at all what to expect from this book, but I'm ready for the ride! I also just recently realized that the author, Luke Arnold, is the actor from Black Sailts (which is literally right there in the synopsis, so I just completely missed that tidbit of info!), so that's pretty fun as well.