When I scheduled this book, it had a May release day, but it now seems to be either June or August and I really have no idea, but I'm keeping it here anyway! I usually make my CWW for books coming out the following month, but times are crazy and we're crazy with them. 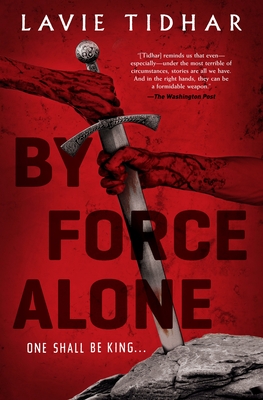 From Goodreads:
Blurb #1:
"Britannia, AD 535.
The Romans have gone. While their libraries smoulder, roads decay and cities crumble, men with swords pick over civilisation's carcass, slaughtering and being slaughtered in turn.

This is the story of a land neither green nor pleasant. An eldritch isle of deep forest and dark fell haunted by swaithes, boggarts and tod-lowries, Robin-Goodfellows and Jenny Greenteeths, and predators of rarer appetite yet.

This is the story of a legend forged from a pack of self-serving, turd-gilding, weasel-worded lies told to justify foul deeds and ill-gotten gains.

This is the story – viscerally entertaining, ominously subversive and poetically profane – of a Dark Age myth that shaped a nation."

OR
Blurb #2:
"Everyone thinks they know the story of King Arthur and his knights of the Round Table. The fact is they don't know sh*t.

Arthur? An over-promoted gangster.
Merlin? An eldritch parasite.
Excalibur? A shady deal with a watery arms dealer.
Britain? A clogged sewer that Rome abandoned just as soon as it could.

A savage and cutting epic fantasy, equally poetic and profane, By Force Alone is at once a timely political satire, a magical adventure, and a subversive masterwork."
I had to include both blurbs because they have such different vibes to them and altogether they really intrigue me. I have a lot of questions about this book and what to expect, but I think I'm overall feeling pretty excited about this Arthurian retelling and how new and innovative it sounds! Also, if you haven't the seen the UK cover, it's also great--check it out!

"There was and there was not, as all stories begin, a princess cursed to be poisonous to the touch. But for Soraya, who has lived her life hidden away, apart from her family, safe only in her gardens, it’s not just a story.

As the day of her twin brother’s wedding approaches, Soraya must decide if she’s willing to step outside of the shadows for the first time. Below in the dungeon is a demon who holds knowledge that she craves, the answer to her freedom. And above is a young man who isn’t afraid of her, whose eyes linger not with fear, but with an understanding of who she is beneath the poison.

Soraya thought she knew her place in the world, but when her choices lead to consequences she never imagined, she begins to question who she is and who she is becoming...human or demon. Princess or monster."
I just recently got an invitation to read this on NetGalley and I am so excited about it! This sounds like it has really magical and dark qualities to it, so I'm curious to see what it's all about.