Review: The Age of Witches by Louisa Morgan 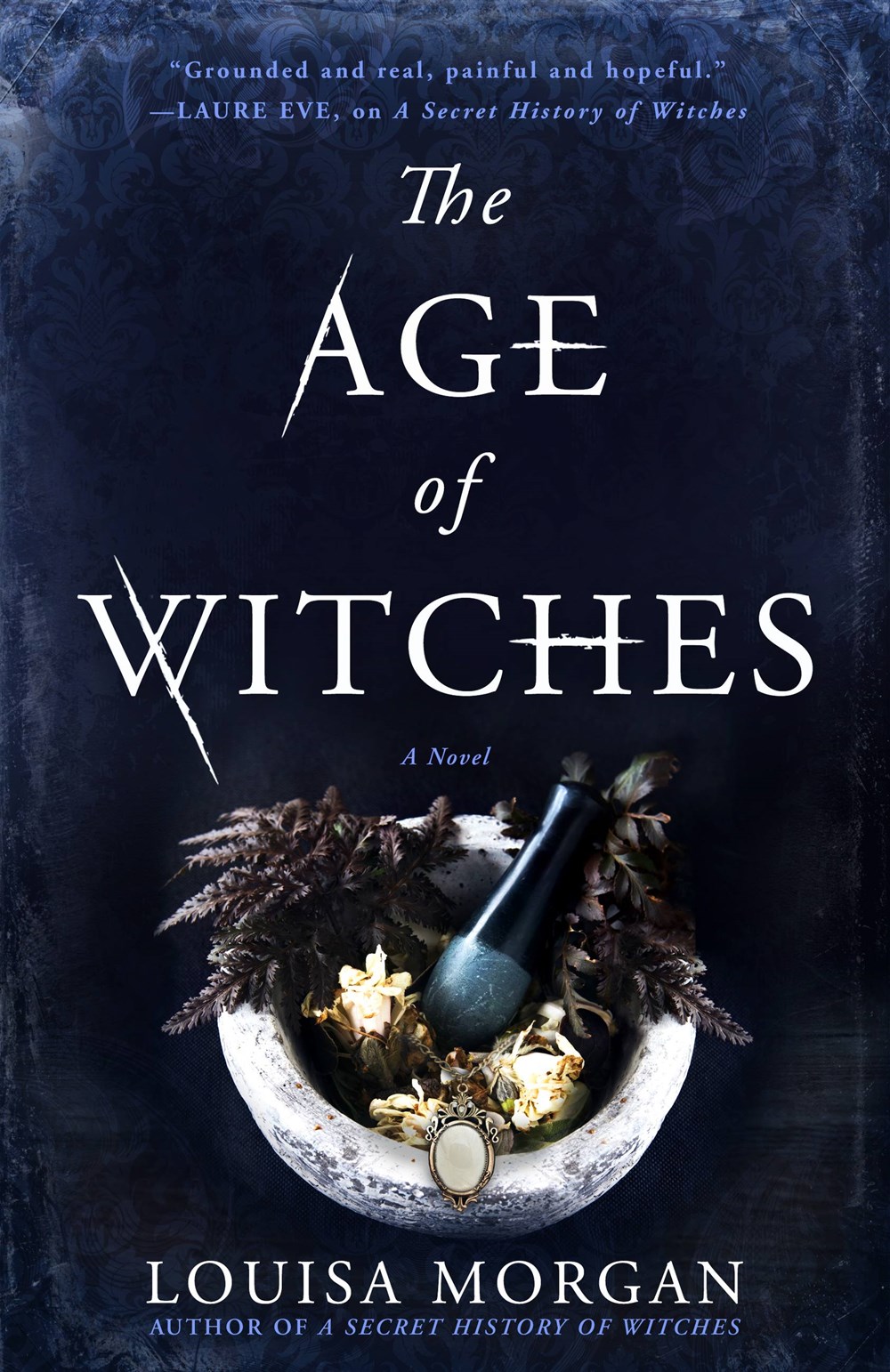 About The Age of Witches:

"Harriet Bishop, descended from a long line of witches, uses magic to help women in need -- not only ordinary women, but also those with powers of their own. She must intervene when a distant cousin wields dangerous magic to change the lives of two unsuspecting young people... one of whom might just be a witch herself.

Frances Allington has used her wiles and witchcraft to claw her way out of poverty and into a spectacular marriage with one of New York's wealthiest new tycoons. She is determined to secure the Allingtons' position amongst the city's elite Four Hundred families by any means necessary -- including a scheme to make a glorious aristocratic match for her headstrong and reluctant step-daughter, Annis, using the same strange power with which she ensnared Annis's father.

To save Annis from this dark magic, Harriet reveals to her Frances' misuse of their shared birthright and kindles in Annis her own nascent powers. Together, Harriet and Annis must resist her stepmother's agenda, lest she -- and the dashing young lord she suspects she could come to love -- lose their freedom, and possibly their lives."

This is the third book I've read from Louisa Morgan and, much like the previous two books, it immediately enveloped me with an enchanting story of witches and intrigue. Morgan has proven to be a consistent writer who always delivers stories that combine strong characters with an engaging magic and a compelling narrative.

The Age of Witches was such a comforting book to fall into during these uncertain times, and since I just read this at the end of March when everything was feeling chaotic, it was really something that fit my reading and attention needs perfectly. This book let me just lose myself into this world of witches and magic, as well as the conflicts and struggles that our main characters where struggling with.

Harriet and Annis are the two main characters and POVs that we follow, though we also occasionally get chapters from Annis' stepmother Francis and the young Lord James. I loved the willfulness and stubbornness that both Harriet and Annis embodied as women in a time in which women still struggled to gain their independence from the men in their lives. Annis in particular is passionately attempting to follow her dream of one day becoming a breeder of horses, a career that provokes looks of shook at the mere mention of a woman knowing what breeding is. Harriet, on the other hand, is older and has had time in her life to forge ahead with her own independent path, something that she cherishes and hopes that Annis can also one day have.

All three of Louisa Morgan's books have a slower overall pace, but The Age of Witches seems to be the slowest of the three with a plot that felt as though it had a really slow but steady build-up. I enjoyed the slow build, but I did feel as though there were more than a few places where it could have been moved forward at a slightly quicker pace. That being said, I had no problem keeping my attention and I wasn't ever bored by the slowness because I enjoyed all the different scenes Morgan incorporated into the story.

As much as I enjoyed The Age of Witches, I can't ignore that there was still something about this particular book that didn't grab me as much as the previous two I've read. I'm not sure if it was simply because my mind was all over the place given the current global circumstances, but I just didn't quite connect with the plot in the same way I did the previous two. The stakes were technically pretty high, but things just felt a bit too subtle and easy for me at various points. It's hard for me to really describe where my struggle came from with this book, but there was some sort of lack of connection present that disappointed me a bit and made me think this book was sort of going through the same motions as the other books. But, just to contradict myself, I also loved the familiarity of this story because it really felt like coming home to something that I know and love.

The last minor issue I have was that the last portion of this book dragged a bit. After the final climactic moment, there were more than a few additional sort of plot lines that were still left to wrap up or that were added that felt unnecessary and only there for the sake of extending the story. I didn't necessarily mind the extra content, but it just made the story feel like it had overstayed it's welcome when it could have wrapped up a bit quicker. The main reason this didn't cause more of an issue with me is simply because I enjoy the characters and spending more time with them.

Overall, I've given The Age of Witches four stars. As I've mentioned, there were definitely some issues, but overall I still really enjoyed this story and I am thankful that it was able to be a book that took my mind off of things and let me just enjoy the story before me. Louisa Morgan crafts some truly magical books that are filled with the most incredible female characters, all with different personalities, goals, and values, and they are a genuine joy to read


*I received a copy of The Age of Witches courtesy of Orbit in exchange for an honest review. This has no effect on my rating of the novel.*

Email ThisBlogThis!Share to TwitterShare to FacebookShare to Pinterest
Labels: louisa morgan, review, the age of witches