I recently read two books that heavily focus on Alexander the Great (though one is more about Aristotle teaching Alexander the Great), and I didn't really plan to write reviews for them but figured that this might be a fun way to provide some quick reviews about similar subjects! Next week I may be sharing a couple mini-reviews for Alice in Wonderland-inspired books! 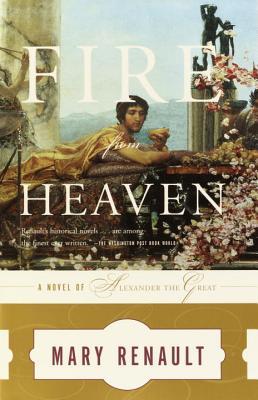 About Final Girls:
"What if you could fix the worst parts of yourself by confronting your worst fears?

Dr. Jennifer Webb has invented proprietary virtual reality technology that purports to heal psychological wounds by running clients through scenarios straight out of horror movies and nightmares. In a carefully controlled environment, with a medical cocktail running through their veins, sisters might develop a bond they’ve been missing their whole lives—while running from the bogeyman through a simulated forest. But…can real change come so easily?

Esther Hoffman doubts it. Esther has spent her entire journalism career debunking pseudoscience, after phony regression therapy ruined her father’s life. She’s determined to unearth the truth about Dr. Webb’s budding company. Dr. Webb’s willing to let her, of course, for reasons of her own. What better advertisement could she get than that of a convinced skeptic? But Esther’s not the only one curious about how this technology works. Enter real-world threats just as frightening as those created in the lab. Dr. Webb and Esther are at odds, but they may also be each other’s only hope of survival."

Mary Renault's Fire From Heaven is a fairly well-known and loved story of the beginning of Alexander the Great's life, and continues as a trilogy that covers his (unfortunately) fairly short life. I have had a copy of this book for many years and I've started reading it a few times, but I recently decided it was time to finally read the entire thing.

What I liked: Renault has some of the most beautiful prose and manages to weave such an intricate and effortless story. It is abundantly clear that she is passionate about the time period and her characters and does her research in order to make this story the best that it can be. There were honestly a few times where I felt the way she wrote certain descriptions reminded me a lot of some ancient sources I've read, which I thought conveyed a certain level of talent at assimilating her work to the period it's from. There were no anachronisms to pull me out of the story and I really enjoyed getting to know her version of Alexander, Hephaestion (if only we could get a story just about them!), Philip, Olympia, and everyone else involved in Alexander's life.

What I didn't like: As much as I appreciate her prose, there were definitely times when I felt my mind wandering and it couldn't quite hold my attention. Renault tends to go elaborate in detail on many different people and topics when it fits her narrative, and although I appreciated how much more depth this added to the setting and story, I sometimes wished she wouldn't spend quite as much time doing those sorts of diversions.

Overall, Fire from Heaven is a beautiful story of Alexander the Great's early years that I've given four stars and that I would certainly recommend it to anyone interested in him or the time period. If you prefer your historical fiction to be as close as possible in style to the period as well (with very few, if any, anachronisms), then this is the perfect one for you. 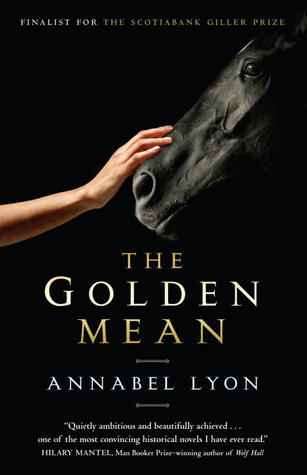 About Beneath the Sugar Sky:
"When Rini lands with a literal splash in the pond behind Eleanor West's Home for Wayward Children, the last thing she expects to find is that her mother, Sumi, died years before Rini was even conceived. But Rini can’t let Reality get in the way of her quest – not when she has an entire world to save! (Much more common than one would suppose.)

If she can't find a way to restore her mother, Rini will have more than a world to save: she will never have been born in the first place. And in a world without magic, she doesn’t have long before Reality notices her existence and washes her away. Good thing the student body is well-acquainted with quests...

A tale of friendship, baking, and derring-do.

The Golden Mean follows Aristotle's life as he travels to Macedon and is eventually hired by Philip to be a tutor to Alexander and select friends. This is another one I've had on my shelf for a while (reading books I've owned for a while has definitely become a theme for me as of late) and I'm glad I finally decided to pick it up.

What I liked: Lyon's writing style felt very distinct and simple. She seems to be almost the opposite of Renault in keeping her descriptions less expansive and more simplistic. However, this doesn't mean that she doesn't still have great prose because I really did ind myself immersed in her writing and adding a sticky note to various sentences that stood out to me. I really appreciated this focus on Aristotle and both his tutoring Alexander as well as his more personal life with his wife and occasionally his family. I feel like that isn't something that we really get to see very often, so it was a nice change and I always like to see authors' different portrayals and Aristotle and Alexander. I love how Lyon incorporated philosophical themes into the story as well.

What I didn't like: Sometimes the dialogue felt rather anachronous at times and it really drew me out of the story. The men can be rather vulgar and crass, which isn't what bothered me, but the words and way Lyon chose to write some of these instances came across a bit too modern for my taste. It definitely wasn't enough to be a deal breaker for me because I often try to imagine that this is how it would sound to them at the time also, but it is something very noticeable. There isn't as much attention to detail as From from Heaven, so there were a few times that the narrative was lacking in setting or description.

Overall, I've also given The Golden Mean four stars because of how much I enjoyed Lyon's writing and the various themes and quite moments of introspectiveness that the characters have that really stood out to me.