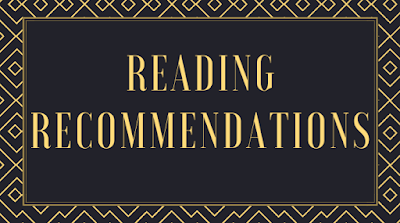 It has been ages since I've gotten around to making another one of these types of posts, but I figured it was time to introduce some new recommendations. I decided to sort of try to mix things up a bit with genres, so hopefully there's a little something for everyone. I have so much fun making these comparison posts, so hopefully I'll have another one up before it's been over a year again. ;) 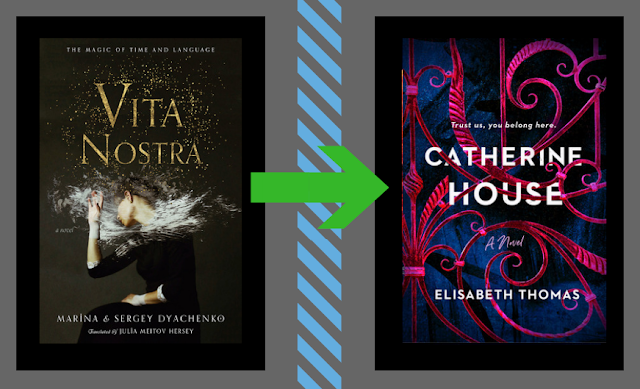 These two books are very unique from one another in a lot of ways, but while I was reading Catherine House recently, I kept having moments where it reminded me ever so slightly of Vita Nostra--the atmospheres felt like they would compliment each other a lot. With both books, we have a boarding school sort of setting where what is being studied is a bit mysterious and unknown even to the students, the students are majorly overworked, and there's an air of both casualness 'I don't care' mixed with the desire to be successful. They are also both fairly dark in tone, though have some rather quirky aspects that make things a little lighter here and there. If you read and enjoyed Vita Nostra, definitely check out Catherine House!
Vita Nostra: Amazon | Book Depository | IndieBound
Catherine House: Amazon | Book Depository | IndieBound 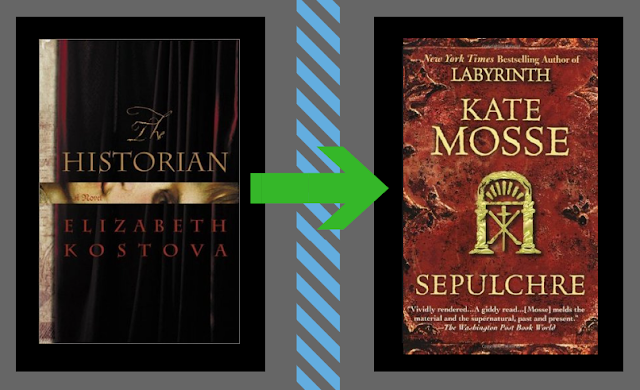 I read The Historian as a kid and thought it was just the most magnificent and and intriguing book out there. I haven't re-read it in a while, though I do plan to, and I am always searching for something that makes me feel the way The historian did. I was recently reading Sepulchre and found myself mentally comparing it to The Historian with it's some large scope that includes both modern day and a focus on elements from the past, as well as the somewhat mysterious component that hints at the supernatural. If you like the historical fiction and mystery of The Historian, you'll probably like Sepulchre as well (and vice versa)!
The Historian: Amazon | Book Depository | IndieBound
Sepulchre: Amazon | Book Depository | IndieBound 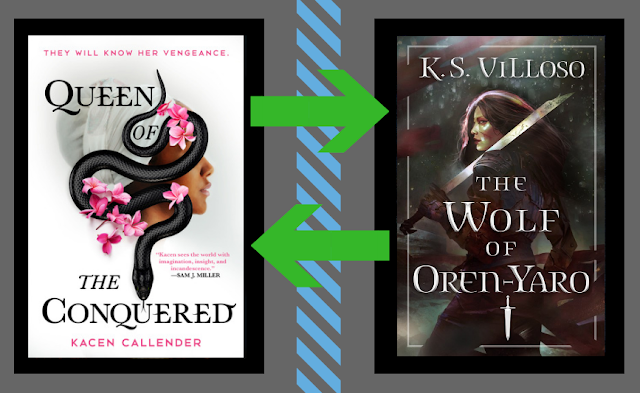 Both of these books are fairly recently published, so I don't know which one is more likely that people have already read, but if you liked one, I almost guarantee you'll enjoy the other! Both feature some intense, rather cutthroat and focused female protagonists who are determined to follow through with their respective plans. Queen of the Conquered is a fascinating story that is impossible to put down and that explores some intense topics, and The Wolf of Oren-Yaro is similarly intense and features a really unique plot premise.
Queen of the Conquered: Amazon | Book Depository | IndieBound
The Wolf of Oren-Yaro: Amazon | Book Depository | IndieBound

I read Wonderland a couple months back and really enjoyed it. I kept having moments of being reminded of other books, but I couldn't quite place my finger on which books. After thinking about it for far longer than I should have, I think Wonderland is a great example of a combination of elements from The Turn of the Key and And the Trees Crept In. It has the secluded setting with a woman mainly taking care of children with strange happenings (The Turn of the Key) and a sort of creeping and mysterious surrounding forest and environment that is a bit...well, unpredictable (And the Trees Crept In). Wonderland isn't out until June, but that just gives you more time to prepare and maybe even pre-order!
The Turn of the Key: Amazon | Book Depository | IndieBound
And the Trees Crept In: Amazon | Book Depository | IndieBound
Wonderland: Amazon | Book Depository | IndieBound 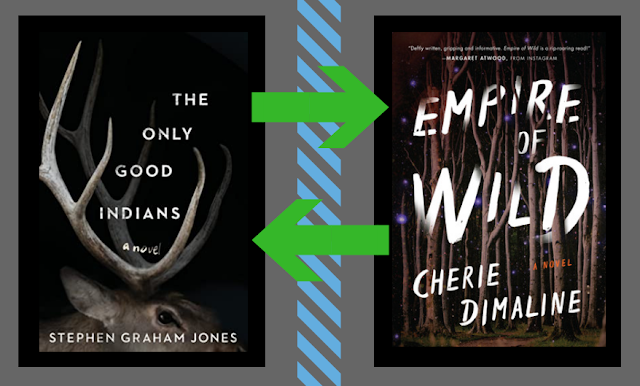 Okay, so I'm sort of cheating with this one because neither one of these books are out yet, but I loved them both so much and can't get them out of my head and they are perfect recommendations for each other. The Only Good Indians is a dark, haunting, gut punch of a read that follows four American Indian men as they try to overcome a momentous occasion for their youth that has essentially haunted them ever since. Empire of the Wild is about an indigenous Métis woman who is searching for her missing husband, but is confronted instead with the hauntings and horror of a traditional Métis story come to life. Both of these combine their incredible indigenous cultures into dark, moving stories that explore what it means to be indigenous in this modern world, along with so many more compelling discussions.
I really am sorry for being a tease, but in my defense I didn't realize The Only Good Indians wasn't going to be released in May as originally planned a couple weeks ago and I was already so set on comparing these two. Please do consider pre-ordering one or both of these, or at least checking them out from your library once they are out!
The Only Good Indians: Amazon | Book Depository | IndieBound
Empire of Wild: Amazon | Book Depository | IndieBound