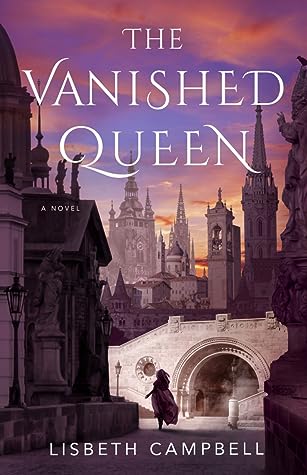 From Goodreads:
"When a country is held in thrall to a vicious, despotic king, it’s up to one woman to take him down.

Long ago, Queen Mirantha vanished. King Karolje claimed it was an assassination by a neighboring king, but everyone knew it was a lie. He had Disappeared her himself.

But after finding the missing queen’s diary, Anza—impassioned by her father’s unjust execution and inspired by Mirantha’s words—joins the resistance group to overthrow the king. When an encounter with Prince Esvar thrusts her into a dangerous game of court politics, one misstep could lead to a fate worse than death.

Esvar is the second son to an evil king. Trapped under his thumb and desperate for a way out, a chance meeting with Anza gives him the opportunity to join the resistance. Together, they might have the leverage to move against the king—but if they fail, their deaths could mean a total loss of freedom for generations to follow.."
So I actually just finished an ARC of this the other day, but it's another one where I am still so excited to see the finished product. The cover artwork is especially beautiful and I bet it looks wonderful on the hardcover (although it was already pretty lovely on my ARC)! This was also an really compelling and highly political fantasy, so I'd recommend it if that sounds up your alley. :) 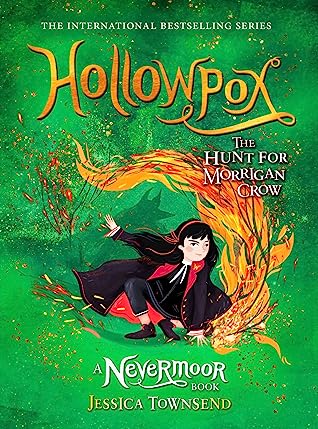 "Morrigan Crow and her friends have survived their first year as proud scholars of the elite Wundrous Society, helped bring down the nefarious Ghastly Market, and proven themselves loyal to Unit 919. Now Morrigan faces a new, exciting challenge: to master the mysterious Wretched Arts of the Accomplished Wundersmith, and control the power that threatens to consume her.

Meanwhile, a strange and frightening illness has taken hold of Nevermoor, turning infected Wunimals into mindless, vicious Unnimals on the hunt. As victims of the Hollowpox multiply, panic spreads. There are whispers - growing louder every day - that this catastrophe can only be the work of the Wundersmith, Ezra Squall.

But inside the walls of Wunsoc, everyone knows there is a new Wundersmith - one who's much closer to home. With Nevermoor in a state of fear and the truth about Morrigan threatening to get out, the city she loves becomes the most perilous place in the world. Morrigan must try to find a cure for the Hollowpox, but it will put her - and everyone in Nevermoor - in more danger than she could have imagined."
I have been loving the Nevermoor series and I can't wait to finally get a chance to read this next book in the series! This series is so imaginative, exciting, and easily enjoyed by kids and adults--if you haven't checked it out yet, I highly recommend it! 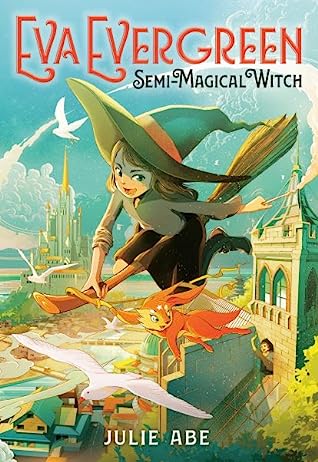 "Sometimes all you need is a pinch of magic...

Eva Evergreen is determined to earn the rank of Novice Witch before she turns thirteen years old. If she doesn't, she'll lose her magic forever. For most young witches and wizards, it's a simple enough test:

ONE: Help your town, do good all around.
TWO: Live there for one moon, don't leave too soon.
THREE: Fly home by broomstick, the easiest of tricks.

The only problem? Eva only has a pinch of magic. She summons heads of cabbage instead of flowers and gets a sunburn instead of calling down rain. And to add insult to injury, whenever she overuses her magic, she falls asleep.

When she lands on the tranquil coastal town of Auteri, the residents expect a powerful witch, not a semi-magical girl. So Eva comes up with a plan: set up a magical repair shop to aid Auteri and prove she's worthy. She may have more blood than magic, but her "semi-magical fixes" repair the lives of the townspeople in ways they never could have imagined. Only, Eva's bit of magic may not be enough when the biggest magical storm in history threatens the town she's grown to love. Eva must conjure up all of the magic, bravery, and cleverness she can muster or Auteri and her dreams of becoming a witch will wash away with the storm."
I thought I'd share another middle grade today because this one sounds particularly delightful and I think we could all use something fun like this to read right now!