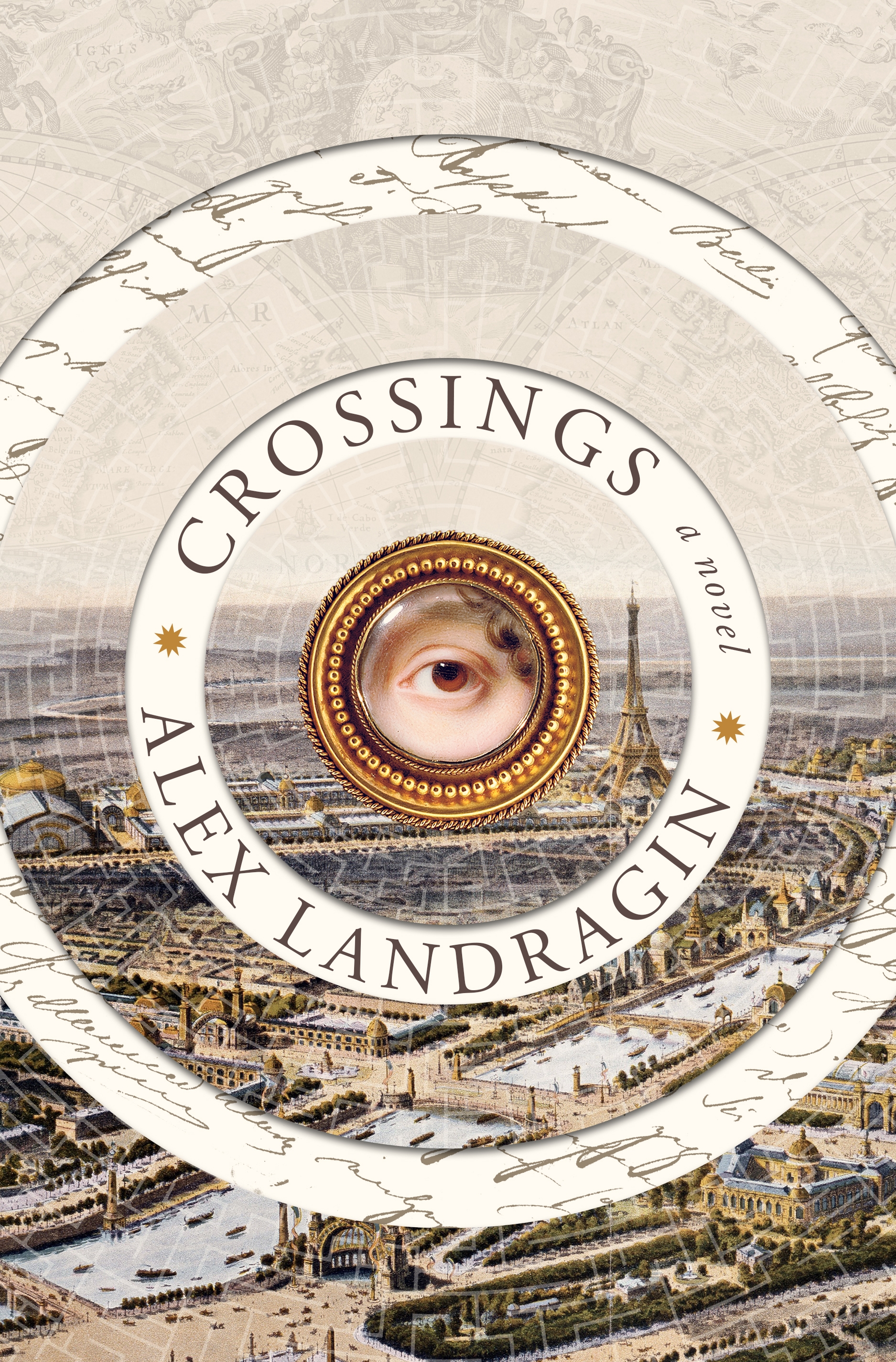 
"On the brink of the Nazi occupation of Paris, a German-Jewish bookbinder stumbles across a manuscript called Crossings. It has three narratives, each as unlikely as the next. And the narratives can be read one of two ways: either straight through or according to an alternate chapter sequence. The first story in Crossings is a never-before-seen ghost story by the poet Charles Baudelaire, penned for an illiterate girl. Next is a noir romance about an exiled man, modeled on Walter Benjamin, whose recurring nightmares are cured when he falls in love with a storyteller who draws him into a dangerous intrigue of rare manuscripts, police corruption, and literary societies. Finally, there are the fantastical memoirs of a woman-turned-monarch whose singular life has spanned seven generations. With each new chapter, the stunning connections between these seemingly disparate people grow clearer and more extraordinary. Crossings is an unforgettable adventure full of love, longing and empathy."

When I first finished Crossings, my immediate reaction was that it was one of the coolest reading experiences I'd had in a while. If you're someone who loves the format of 'choose-your-own-adventure' style stories, then this is going to be a must-read for you for the experience alone (though I promise the story itself is pretty great, too!) This is also one of those books that has a book-about-a-book feeling, as the prologue essentially consists of a man writing about these three manuscripts he has that he is planning to publish, and it really ties into a sort of meta feeling that will feel ever stronger once you finish the book and look back on it.

Crossings provides readers with the option to read the book one of two ways, either front to back like a traditional book, thus making the experience similar to that of reading three interconnected short novellas; or, it can be read according to the 'Baroness sequence,' a more varied chapter sequence that flips around throughout the book and different chapters. Since I've never read anything quite like this, I of course chose to go with the alternative chapter sequence method and found it to be a really compellingly crafted story that pulls readers across three different stories that, although different, meld together in ways that feel both effortless and genius in how carefully planned out they are. (I think one of the more interesting things about the chapter sequence is that you never know how many pages you actually have left in the book, which completely threw me for a loop!)  I haven't yet read it in the conventional manner, but I do plan to someday and I have no doubt that it will be an equally enjoyable journey.

The overarching premise of Crossings is about the concept of crossing itself, in which two people can essentially 'cross' or switch bodies and therefore live a different life or even extend a life by continuing to jump around to different bodies that are younger than them and continuing to live their life--though at a cost to the person who is switched into a younger body. We follow this premise across three main characters throughout different times and locations, and the story I followed in my sequence followed Alula and Koahu, two lovers who get mixed up in crossings that don't exactly go as they should. I will say that I didn't necessarily feel overly connected to the characters in the sense that I didn't have deep feelings or care for them, but I still cared about them and was invested in their respective journeys quite a bit. The focus of this book is definitely to some extent on the characters, but it is also very much about the grander journey and themes that are encountered along the way.

This book is, probably unsurprisingly, very complex and I have a difficult time describing the plot or exactly what it is, so I'll just mention some things that it contains within its pages: Paris, murder, stories of great loves and relationships, conspiracies, Nazi-era conflicts, colonization, philosophical pondering, and, well, a lot more. Despite all of that, it still doesn't have the most fast-paced plotting and I did find it a little slower at times, but I think all things considered the pacing matched the general exploratory nature of the book itself. This isn't really a book that you want to rush through and plough ahead without taking your time to acquaint yourself with the characters and the different setting we experience. Since physical bodies change so often, it's really important to get to know with individual characters as they experience new situations and unexpected changes.

Overall, I've given Crossings 4.75 stars! It's basically five stars for me (and I've rounded up on most sites), but I will admit that the plot itself was a little confusing or overly complex at times. Still, I am so enamored with the way that Landragin decided to play with narrative and storytelling that I would easily give that portion alone five stars.