Can't-Wait Wednesday: A Deadly Education by Naomi Novik, The Lights of Prague by Nicole Jarvis, & Night Shine by Tessa Gratton

From Goodreads:
"Lesson One of the Scholomance

Learning has never been this deadly

A Deadly Education is set at Scholomance, a school for the magically gifted where failure means certain death (for real) — until one girl, El, begins to unlock its many secrets. There are no teachers, no holidays, and no friendships, save strategic ones. Survival is more important than any letter grade, for the school won’t allow its students to leave until they graduate… or die! The rules are deceptively simple: Don’t walk the halls alone. And beware of the monsters who lurk everywhere. El is uniquely prepared for the school’s dangers. She may be without allies, but she possesses a dark power strong enough to level mountains and wipe out millions. It would be easy enough for El to defeat the monsters that prowl the school. The problem? Her powerful dark magic might also kill all the other students."
New Naomi Novik and it's a magic boarding school setting? Count me in for this one! I've been so excited for A Deadly Education and I really enjoyed the excerpts Naomi Novik read in some Instagram lives a couple months back, so I can't wait to read the entire book! 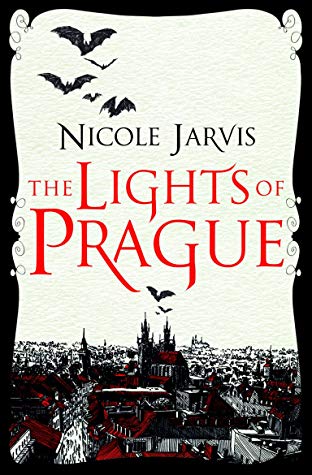 "In the quiet streets of Prague all manner of otherworldly creatures lurk in the shadows. Unbeknownst to its citizens, their only hope against the tide of predators are the dauntless lamplighters - a secret elite of monster hunters whose light staves off the darkness each night. Domek Myska leads a life teeming with fraught encounters with the worst kind of evil: pijavica, bloodthirsty and soulless vampiric creatures. Despite this, Domek find solace in his moments spent in the company of his friend, the clever and beautiful Lady Ora Fischer - a widow with secrets of her own.

When Domek finds himself stalked by the spirit of the White Lady - a ghost who haunts the baroque halls of Prague castle - he stumbles across the sentient essence of a will-o'-the-wisp, a mischievous spirit known to lead lost travellers to their death, but who, once captured, are bound to serve the desires of their owners.

After discovering a conspiracy amongst the pijavica that could see them unleash terror on the daylight world, Domek finds himself in a race against those who aim to twist alchemical science for their own dangerous gain.."
So a lot of the release dates for this book now show May 2021, but the Kindle and paperback editions on some sites still say September 21st... so I'm not really sure if this will be out next month or not, but either way I can't wait for it to actually come out! 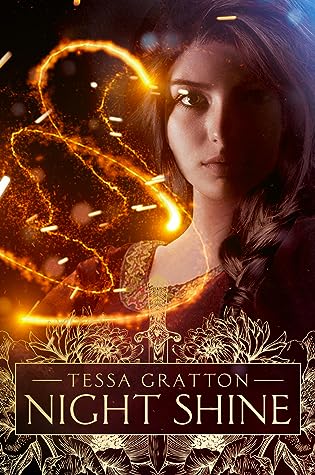 "How can you live without your heart?

In the vast palace of the empress lives an orphan girl called Nothing. She slips within the shadows of the Court, unseen except by the Great Demon of the palace and her true friend, Prince Kirin, heir to the throne. When Kirin is kidnapped, only Nothing and the prince’s bodyguard suspect that Kirin may have been taken by the Sorceress Who Eats Girls, a powerful woman who has plagued the land for decades. The sorceress has never bothered with boys before, but Nothing has uncovered many secrets in her sixteen years in the palace, including a few about the prince. As the empress’s army searches fruitlessly, Nothing and the bodyguard set out on a rescue mission, through demon-filled rain forests and past crossroads guarded by spirits. Their journey takes them to the gates of the Fifth Mountain, where the sorceress wields her power. There, Nothing will discover that all magic is a bargain, and she may be more powerful than she ever imagined. But the price the Sorceress demands for Kirin may very well cost Nothing her heart."
This cover has such a throwback vibe to it to me that reminds me of Tamora Pierce and early YA. I love the sound of this one and I'm pretty eager to follow Nothing on this journey. Gratton's writing has always been so beautiful, I can't wait to read more from her.