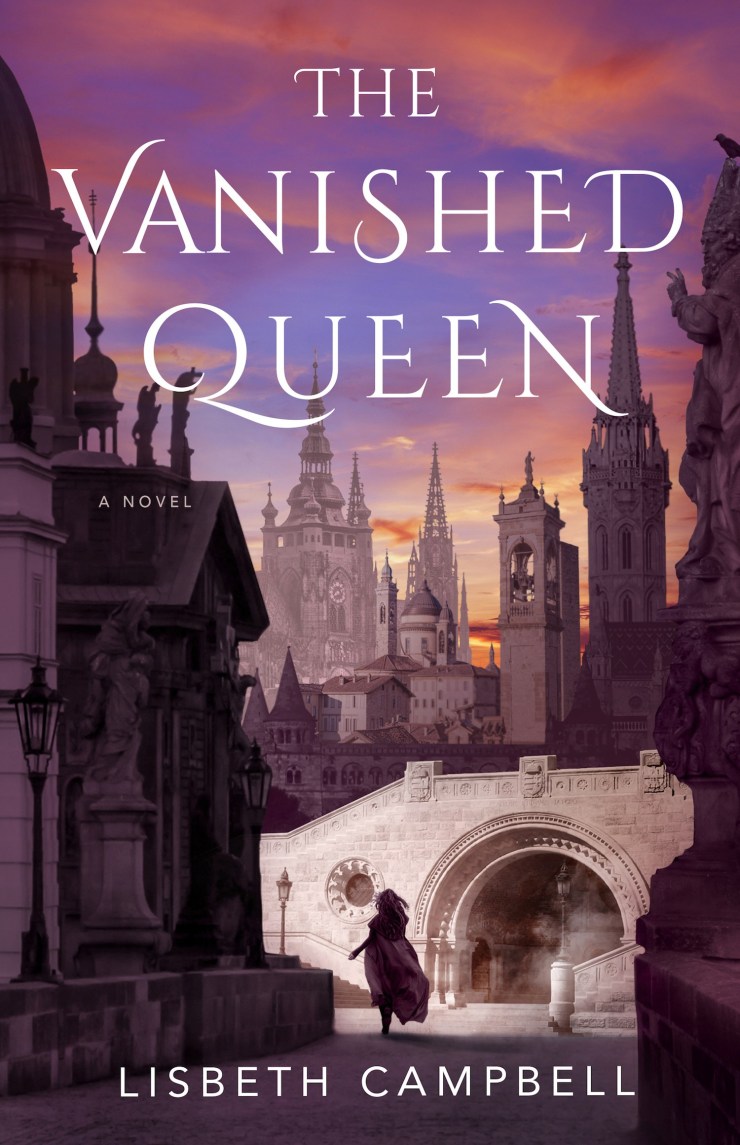 About The Vanished Queen:


"When a country is held in thrall to a vicious, despotic king, it’s up to one woman to take him down.

Long ago, Queen Mirantha vanished. King Karolje claimed it was an assassination by a neighboring king, but everyone knew it was a lie. He had Disappeared her himself.

But after finding the missing queen’s diary, Anza—impassioned by her father’s unjust execution and inspired by Mirantha’s words—joins the resistance group to overthrow the king. When an encounter with Prince Esvar thrusts her into a dangerous game of court politics, one misstep could lead to a fate worse than death.

Esvar is the second son to an evil king. Trapped under his thumb and desperate for a way out, a chance meeting with Anza gives him the opportunity to join the resistance. Together, they might have the leverage to move against the king—but if they fail, their deaths could mean a total loss of freedom for generations to follow."

If you're a fan of political fantasy, then look no further because your next read is here! The Vanished Queen is a compelling and complex tale of revolution and an abundance of political intrigue set within a highly detailed and richly drawn world.

The story centers around the main characters of Anza and Prince Esvar, both caught up in their own struggle to overthrow the tyrannical King Karolje, who took the thrown and has ruled ever since. Anza's motivation lies in her father's recent execution at the king's hands and meetings with other resistance supporters, whereas Esvar has a slightly different position as one of King Karolje's two sons. It's through an unexpected meeting between the two that Esvar is able to join the resistance and the two begin working together in order to take down the king.

I loved Campbell's worldbuilding in this book and I wish we had gotten more. I also wish there would have been a map of the world as well, as there were a few times when I really would've loved the opportunity to take a closer look at the places mentioned in the book (though I suppose there might be one in the finished copy that wasn't in my ARC?). I appreciated how Campbell not only included some great descriptions of the physical world itself, but also developed the world through the political issues--both local and further away--and experiences of the characters involved.

There are three main POVs we get in this book: Anza's, Esvar's, and flashbacks to a past period of Mirantha's POV. I appreciated how independent and fast-thinking Anza was throughout the story, and I think Campbell developed her character particularly well. Her motivations were understandable and her interactions with both the resistance group and Esvar made sense most of the time in ways that actually fit the plot. I also enjoyed Esvar's POV since it allowed us to get a look inside the royal component and see what's actually going on. I particularly liked seeing his relationship with his brother and how they both desired to be rid of their father, King Karolje, and how their goals and motivations played off of one another in different ways.

The only sort of critique I would make about The Vanished Queen is that the pacing felt a bit off at times. For most of the book I was generally hooked and the story had no trouble keeping my attention, but there were definitely some spots here and there where I felt as though the pacing slowed considerably and it wasn't as smooth to get through. Despite this, Campbell's writing itself is exceptionally beautiful and I can really tell how much care and effort she put into crafting each and every sentence to benefit the plot and overall story as much as possible.

Overall, I've given The Vanished Queen four stars! I had a great time with this one and I really look forward to read more from Lisbeth Campbell. I'm honestly not sure yet if this is meant to be a standalone or the first in a trilogy/series, as it wrapped up in a highly satisfactory way, but also left some room for more should the author/publisher choose to continue expanding the world.

*I received an ARC of The Vanished Queen in exchange for an honest review. This has no effect on my rating of the novel.*

Amazon
Posted by Jordan @ForeverLostinLiterature at 2:00 AM