This week's topic is:  Favorite Quotes
Picking favorite quotes is a tall order and would require a lot of time that I don't have right now, haha. This is also a little tricky since the majority of my physical books are being stored at my mom's house and I only have a certain amount here at my apartment. As such, I'm going to pick out some quotes from books I read and enjoyed from this year only, and most of those are going to be from books that I either read on my Kindle and therefore have access to highlighted notes or from the Goodreads quotes that other readers have uploaded. I have far more than ten listed, but I figured that way you're free to peruse any or all of these as you like. :)
Red Seas Under Red Skies by Scott Lynch 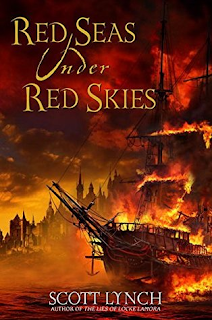 “Difficult" and "impossible" are cousins often mistaken for one another, with very little in common.”
~
“When you can't cheat the game, you'd best find a means to cheat the players.”
~
“ I want to hug you. And I want to tear your gods-damned head off. Both at once."
"Ah," said Locke. "Near as I can tell, that’s the definition of 'family' right there.”
Red Queen by Christina Henry 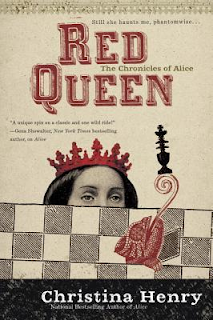 “There were monsters in the night but there were monsters in the day too, and monsters inside people who smiled and showed you all their teeth like they were nice. There were monsters inside Alice, but they only had power if she gave it to them, and other things had power too, like the laughter of children enjoying a picnic together and like the love she had for this terrible, wonderful, imperfect man, this man who hid inside the body of a wolf because he thought that was where he belonged.”
~
“So she should not wish to undo the past but learn to accept its consequences, and remember that not all consequences were evil.”
~
“I want to rest, “Alice said, and she meant it with all her heart. “Once I lived in a cage, and before that a different kind of cage. I tried to break free from the first one and they put me in one that was much, much worse. All I want is to find a place I have dreamed of, a little cottage in a green field by a lake.”
~
“The world gobbles us and chews us and swallows us,” Hatcher said, in that uncanny way he had of reading her thoughts. “I think happy endings must be accidents.”
A Little Life by Hanya Yanagihara 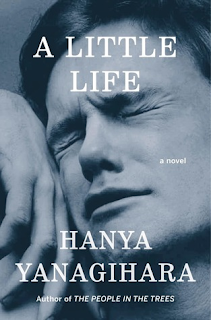 “You won’t understand what I mean now, but someday you will: the only trick of friendship, I think, is to find people who are better than you are—not smarter, not cooler, but kinder, and more generous, and more forgiving—and then to appreciate them for what they can teach you, and to try to listen to them when they tell you something about yourself, no matter how bad—or good—it might be, and to trust them, which is the hardest thing of all. But the best, as well.”
~
“...things get broken, and sometimes they get repaired, and in most cases, you realize that no matter what gets damaged, life rearranges itself to compensate for your loss, sometimes wonderfully.”
~
“Friendship was witnessing another’s slow drip of miseries, and long bouts of boredom, and occasional triumphs. It was feeling honored by the privilege of getting to be present for another person’s most dismal moments, and knowing that you could be dismal around him in return.”
~
“What he knew, he knew from books, and books lied, they made things prettier.”
~
“Harold sighs. 'Jude,' he says, 'there’s not an expiration date on needing help, or needing people. You don’t get to a certain age and it stops.'"
Catherine House by Elisabeth Thomas 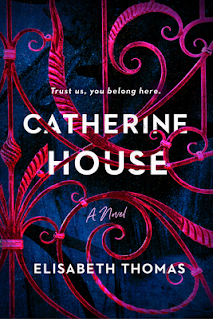 "She taught me a long time ago that if I want to be big, I"m going to have to do big things. Big, strange, ugly things."
~
"Sometimes I felt she had only learned to be herself by pretending."
~
"When I looked at the painting then, I thought: This is it. It wasn't gold that was the sublime material, the magic matter; it was the surface itself. The stuff in between. The birth of the world. I'd found it. It was here."

The Only Good Indians by Stephen Graham Jones 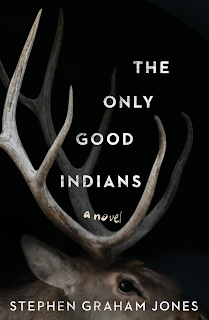 “What he didn't say was that you don't get cold-resistant because your jackets suck, you just stop complaining about it after a while, because complaining doesn't make you any warmer.”
~
“We’re from where we’re from,” she says back. “Scars are part of the deal, aren’t they?”
The Light of All that Falls by James Islington 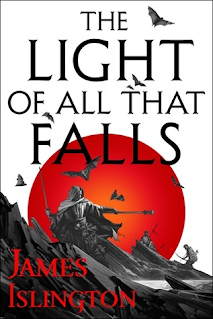 “Evil men rarely convince others to their side by asking them to perform dark deeds for no good reason. They will always start with the lightest shade of gray. They so often use what seems like a good cause.”
~
“Faithful people suffer and evil people prosper all the time [...]. Besides, if our actions are driven only by reward or punishment--eternal or otherwise--then they are motivated by greed and selfishness, not faith or love. That is where so many people go wrong, even those who say they believe [...]. They obey because the think it will make their live better, rather than themselves. And that is very much the wrong reason.”
~
“The old saying is wrong, you know--a common enemy does not a friendship make. You can only ever be as good as the people you are willing to fight beside. [...] Alliances made from convenience only
The House in the Cerulean Sea by TJ Klune 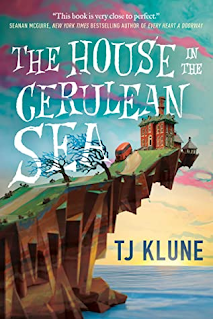 “Change often starts with the smallest of whispers. Like-minded people building it up to a roar.”
~
“Hate is loud, but I think you'll learn it's because it's only a few people shouting, desperate to be heard. You might not ever be able to change their minds, but so long as your remember you're not alone, you will overcome.”
~
“A home isn’t always the house we live in. It’s also the people we choose to surround ourselves with.”
~
“Sometimes our prejudices color our thoughts when we least expect them to. If we can recognize that, and learn from it, we can become better people."
~
“Just because you don’t experience prejudice in your everyday doesn’t stop it from existing for the rest of us.”hat, and learn from it, we can become better people.”
Have you read any of these books? What are some great quotes from books you've read this year?
Posted by Jordan @ForeverLostinLiterature at 2:00 AM