Can't-Wait Wednesday: The Blade Between by Sam J. Miller & The Mystery of Mrs. Christie by Marie Benedict 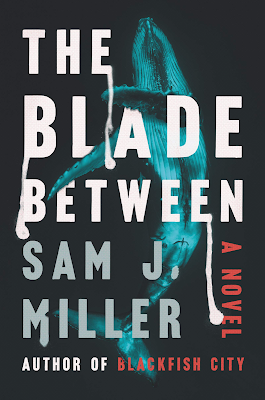 From Goodreads:
"Ronan Szepessy promised himself he’d never return to Hudson. The sleepy upstate town was no place for a restless gay photographer. But his father is ill and New York City’s distractions have become too much for him. He hopes that a quick visit will help him recharge.
Ronan reconnects with two friends from high school: Dom, his first love, and Dom’s wife, Attalah. The three former misfits mourn what their town has become—overrun by gentrifiers and corporate interests. With friends and neighbors getting evicted en masse and a mayoral election coming up, Ronan and Attalah craft a plan to rattle the newcomers and expose their true motives. But in doing so, they unleash something far more mysterious and uncontainable.
Hudson has a rich, proud history and, it turns out, the real estate developers aren’t the only forces threatening its well-being: the spirits undergirding this once-thriving industrial town are enraged. Ronan’s hijinks have overlapped with a bubbling up of hate and violence among friends and neighbors, and everything is spiraling out of control. Ronan must summon the very best of himself to shed his own demons and save the city he once loathed."
I read Miller's Blackfish City a little earlier this year and although it wasn't a favorite, I was really impressed and intrigued by the ideas Miller played with, which makes me extra interested in this book. 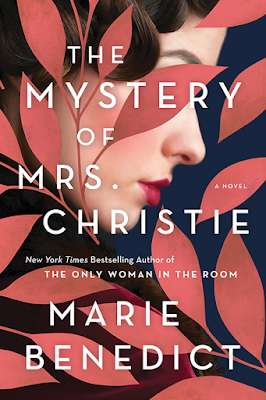 From Goodreads:
"In December 1926, Agatha Christie goes missing. Investigators find her empty car on the edge of a deep, gloomy pond, the only clues some tire tracks nearby and a fur coat left in the car—strange for a frigid night. Her husband and daughter have no knowledge of her whereabouts, and England unleashes an unprecedented manhunt to find the up-and-coming mystery author. Eleven days later, she reappears, just as mysteriously as she disappeared, claiming amnesia and providing no explanations for her time away.
The puzzle of those missing eleven days has persisted. With her trademark exploration into the shadows of history, acclaimed author Marie Benedict brings us into the world of Agatha Christie, imagining why such a brilliant woman would find herself at the center of such a murky story.
What is real, and what is mystery? What role did her unfaithful husband play, and what was he not telling investigators?"
I've read a couple of Marie Benedict's books and I think this is the one that I feel most excited for! I love the "mystery" around Agatha Christie's short disappearance (which, who knows, it might not have been that mysterious at all!) and I'm curious to see what Benedict does with this thread.