Review: In the Heart of the Sea: The Tragedy of the Whaleship Essex by Nathaniel Philbrick 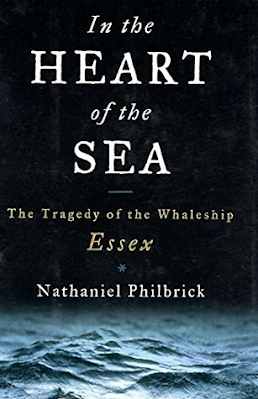 In the Heart of the Sea: The Tragedy of the Whaleship Essex by Nathaniel Philbrick
Penguin Putnam
Publication Date: May 8th, 2020
Hardcover. 302 pages

About In the Heart of the Sea:

Email ThisBlogThis!Share to TwitterShare to FacebookShare to Pinterest
Labels: nathaniel philbrick, nonfiction, the tragedy of the whaleship essex