Can't-Wait Wednesday: The Councillor by E.J. Beaton, The Descent of the Drowned by Ana Lal Din, & The Ladies of the Secret Circus by Constane Sayers 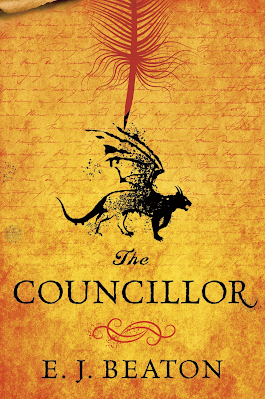 From Goodreads:
"When the death of Iron Queen Sarelin Brey fractures the realm of Elira, Lysande Prior, the palace scholar and the queen’s closest friend, is appointed Councillor. Publically, Lysande must choose the next monarch from amongst the city-rulers vying for the throne. Privately, she seeks to discover which ruler murdered the queen, suspecting the use of magic.
Resourceful, analytical, and quiet, Lysande appears to embody the motto she was raised with: everything in its place. Yet while she hides her drug addiction from her new associates, she cannot hide her growing interest in power. She becomes locked in a game of strategy with the city-rulers – especially the erudite prince Luca Fontaine, who seems to shift between ally and rival.
Further from home, an old enemy is stirring: the magic-wielding White Queen is on the move again, and her alliance with a traitor among the royal milieu poses a danger not just to the peace of the realm, but to the survival of everything that Lysande cares about.
In a world where the low-born keep their heads down, Lysande must learn to fight an enemy who wears many guises… even as she wages her own battle between ambition and restraint."
I've already read an ARC of this one (and posted my review!), and it was so good and it desperately needs to get more attention! If political intrigue is your thing in fantasy, then this is 100% the book for you. It is thoughtful and amazing, and I can't wait to see the finished copy! 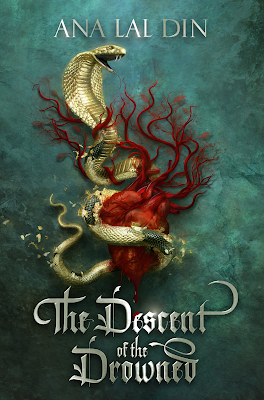 "She is bound to serve. He is meant to kill. Survival is their prison. Choice is their weapon.
As the sacred slave of a goddess, Roma is of a lower caste that serves patrons to sustain the balance between gods and men. What she wants is her freedom, but deserters are hunted and hanged, and Roma only knows how to survive in her village where women are vessels without a voice. When her younger brother is condemned to the same wretched fate as hers, Roma must choose between silence and rebellion.
Leviathan is the bastard son of an immortal tyrant. Raised in a military city where everyone knows of his blood relation to the persecuted clans, Leviathan is considered casteless. Lowest of the low. Graduating as one of the deadliest soldiers, he executes in his father's name, displaying his worth. When he faces judgement from his mother's people—the clans—Leviathan must confront his demons and forge his own path, if he ever hopes to reclaim his soul.
But in the struggle to protect the people they love and rebuild their identities, Roma's and Leviathan's destinies interlock as the tyrant hunts an ancient treasure that will doom humankind should it come into his possession—a living treasure to which Roma and Leviathan are the ultimate key.
Set in a colonised Indo-Persian world and inspired by pre-Islamic Arabian mythology, The Descent of the Drowned is a tale about power, identity, and redemption, and what it takes to hold on to one's humanity in the face of devastation."
This is one where the cover initially hooked me, but the premise kept me intrigued. I always enjoy books where the gods are active characters, and the setting and pre-Islamic Arabian mythology components sound so good--can't wait to check this one out!
and... 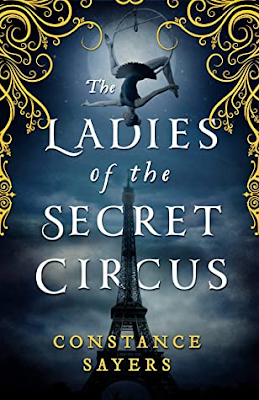 "Paris, 1925: To enter the Secret Circus is to enter a world of wonder-a world where women tame magnificent beasts, carousels take you back in time, and trapeze artists float across the sky. But each daring feat has a cost. Bound to her family's strange and magical circus, it's the only world Cecile Cabot knows-until she meets a charismatic young painter and embarks on a passionate love affair that could cost her everything.
Virginia, 2005: Lara Barnes is on top of the world-until her fiancé disappears on their wedding day. Desperate, her search for answers unexpectedly leads to her great-grandmother's journals and sweeps her into the story of a dark circus and a generational curse that has been claiming payment from the women in her family for generations."
I've also already read this one (interview with Constance Sayers coming soon!), but I still am excited for its release and for everyone else to read it! I also find that cover so eye-catching and definitely the cause of a double-take.

Email ThisBlogThis!Share to TwitterShare to FacebookShare to Pinterest
Labels: 2021 releases, ana lal din, constance sayers, cww, e.j. Beaton, march releases, the councillor, the descent of the drowned, the ladies of the secret circus