Can't-Wait Wednesday: We Shall Sing a Song into the Deep by Andrew Kelly Stewart, The Vines by Shelley Nolden, & The Committed by Viet Thanh Nguyen 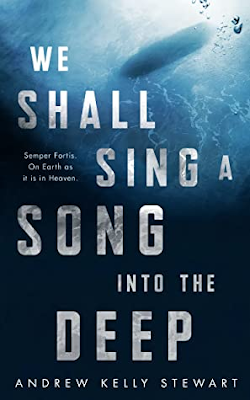 From Goodreads:
"Remy is a Chorister, one of the chosen few rescued from the surface world and raised to sing the Hours in a choir of young boys. Remy lives with a devoted order of monks who control the Leviathan, an aging nuclear submarine that survives in the ocean’s depths. Their secret mission: to trigger the Second Coming when the time is right, ready to unleash its final, terrible weapon.
But Remy has a secret too— she’s the only girl onboard. It is because of this secret that the sub’s dying caplain gifts her with the missile’s launch key, saying that it is her duty to keep it safe. Safety, however, is not the sub’s priority, especially when the new caplain has his own ideas about the Leviathan’s mission. Remy’s own perspective is about to shift drastically when a surface-dweller is captured during a raid, and she learns the truth about the world.
At once lyrical and page-turning, We Shall Sing a Song Into the Deep is a captivating debut from newcomer author Andrew Kelly Stewart."
The world-building and premise sound so unique and interesting. I've always been weirdly fascinated by submarines as well, so I love that they are going to play a part in this story!
and... 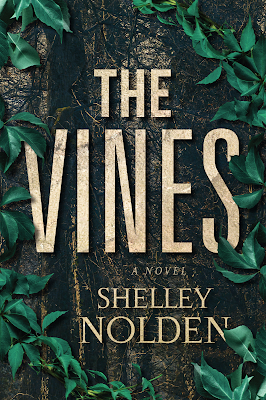 The Vines by Shelley Golden
Publication: March 23rd, 2021
Freiling Publishing
Hardcover. 391 pages.
Pre-order: Amazon | IndieBound
From Goodreads:
"In the shadows of New York City lies forbidden North Brother Island, where the remains of a shuttered hospital hide the haunting memories of century-old quarantines and human experiments. The ruins conceal the scarred and beautiful Cora, imprisoned by contagions and the doctors who torment her. When Finn, a young urban explorer, arrives on the island and glimpses an enigmatic beauty through the foliage, intrigue turns to obsession as he seeks to uncover her past—and his own family’s dark secrets. By unraveling these mysteries, will he be able to save Cora? Will Cora meet the same tragic ending as the thousands who’ve already perished on the island?
The Vines intertwines North Brother Island’s horrific and elusive history with a captivating tale of love, betrayal, survival, and loss."
I love the creepiness of this synopsis, not to mention how much I am into the idea of this hidden North Brother Island. Can't wait to have a chance to check this one out!
and... 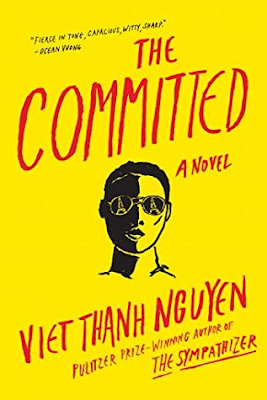 "The long-awaited new novel from one of America’s most highly regarded contemporary writers, The Committed follows the Sympathizer as he arrives in Paris as a refugee. There he and his blood brother Bon try to escape their pasts and prepare for their futures by turning their hands to capitalism in one of its purest forms: drug dealing. No longer in physical danger, but still inwardly tortured by his reeducation at the hands of his former best friend, and struggling to assimilate into a dominant culture, the Sympathizer is both charmed and disturbed by Paris. As he falls in with a group of left-wing intellectuals and politicians who frequent dinner parties given by his French Vietnamese “aunt,” he finds not just stimulation for his mind but also customers for his merchandise―but the new life he is making has dangers he has not foreseen, from the oppression of the state, to the self-torture of addiction, to the seemingly unresolvable paradox of how he can reunite his two closest friends, men whose worldviews put them in absolute opposition.
Both literary thriller and brilliant novel of ideas, The Committed is a blistering portrayal of commitment and betrayal that will cement Viet Thanh Nguyen’s position in the firmament of American letters."
Viet Thanh Nguyen is an author I've been wanting to read more of, and I'm excited about the sound of this book, it sounds fantastic!

Email ThisBlogThis!Share to TwitterShare to FacebookShare to Pinterest
Labels: 2021 releases, a.g. Slater, cww, Shelley golden, the committed, the vines, Viet thanh Nguyen, we shall a sing into the deep