Can't-Wait Wednesday: The Shadow of the Gods by John Gwynne, Black Water Sister by Zen Cho, & The Blacktongue Thief by Christopher Buehlman

From Goodreads:
"Set in a brand-new, Norse-inspired world, and packed with myth, magic and bloody vengeance, The Shadow of the Gods begins an epic new fantasy saga from bestselling author John Gwynne.
After the gods warred and drove themselves to extinction, the cataclysm of their fall shattered the land of Vigrið.
Now a new world is rising, where power-hungry jarls feud and monsters stalk the woods and mountains. A world where the bones of the dead gods still hold great power for those brave - or desperate - enough to seek them out.
Now, as whispers of war echo across the mountains and fjords, fate follows in the footsteps of three people: a huntress on a dangerous quest, a noblewoman who has rejected privilege in pursuit of battle fame, and a thrall who seeks vengeance among the famed mercenaries known as the Bloodsworn.
All three will shape the fate of the world as it once more falls under the shadow of the gods . . . "
I actually just finished an ARC of this one a couple days and oh man, guys, if the setting/premise at all captures your attention then you must pick it up! It was so riveting and well-written, I plan to have a review up closer to release, but quick spoiler.. it was a five star read for me! Can't wait to see the finalized copy--isn't that cover amazing? 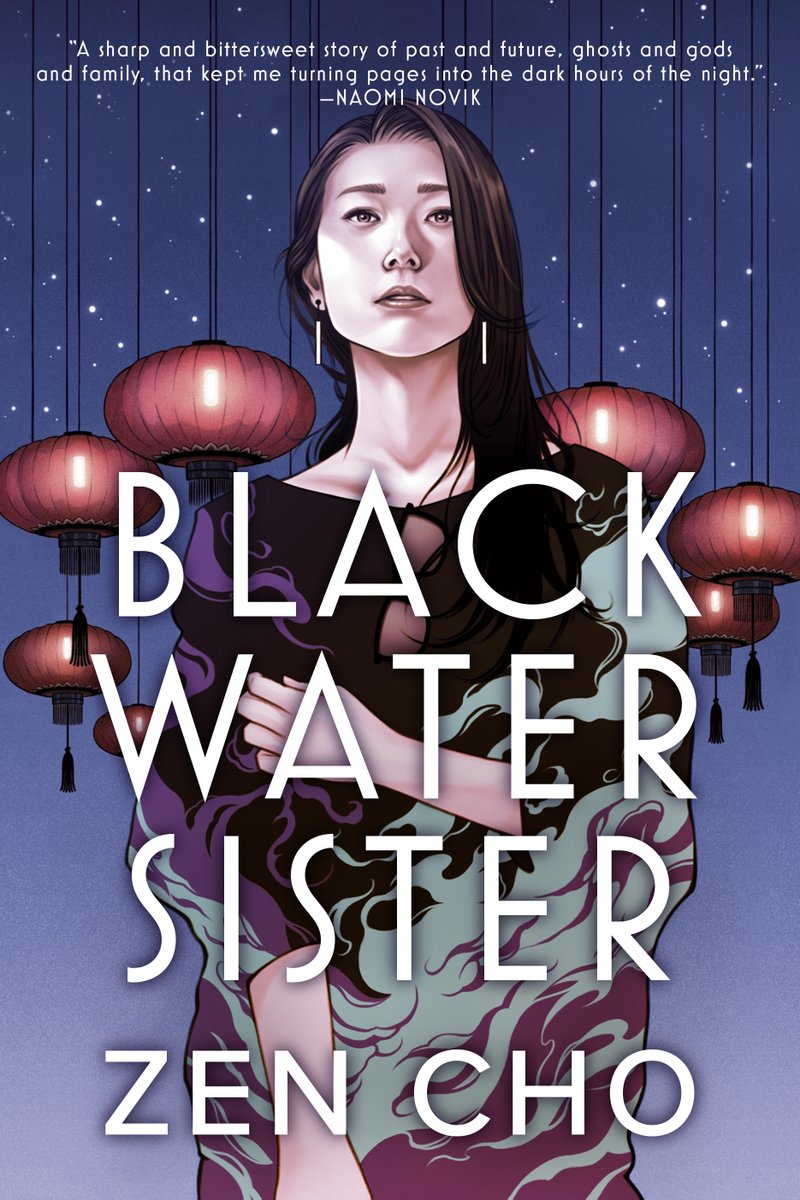 "A reluctant medium discovers the ties that bind can unleash a dangerous power in this compelling Malaysian-set contemporary fantasy.
Jessamyn Teoh is closeted, broke and moving back to Malaysia, a country she left when she was a toddler. So when Jess starts hearing voices, she chalks it up to stress. But there's only one voice in her head, and it claims to be the ghost of her estranged grandmother, Ah Ma. In life Ah Ma was a spirit medium, the avatar of a mysterious deity called the Black Water Sister. Now she's determined to settle a score against a gang boss who has offended the god--and she's decided Jess is going to help her do it.
Drawn into a world of gods, ghosts, and family secrets, Jess finds that making deals with capricious spirits is a dangerous business. As Jess fights for retribution for Ah Ma, she'll also need to regain control of her body and destiny. If she fails, the Black Water Sister may finish her off for good. "
This has such an interesting premise, and something about the phrase "drawn into a world of gods, ghosts, and family secrets" just makes me really excited. Can't wait to check this one out! 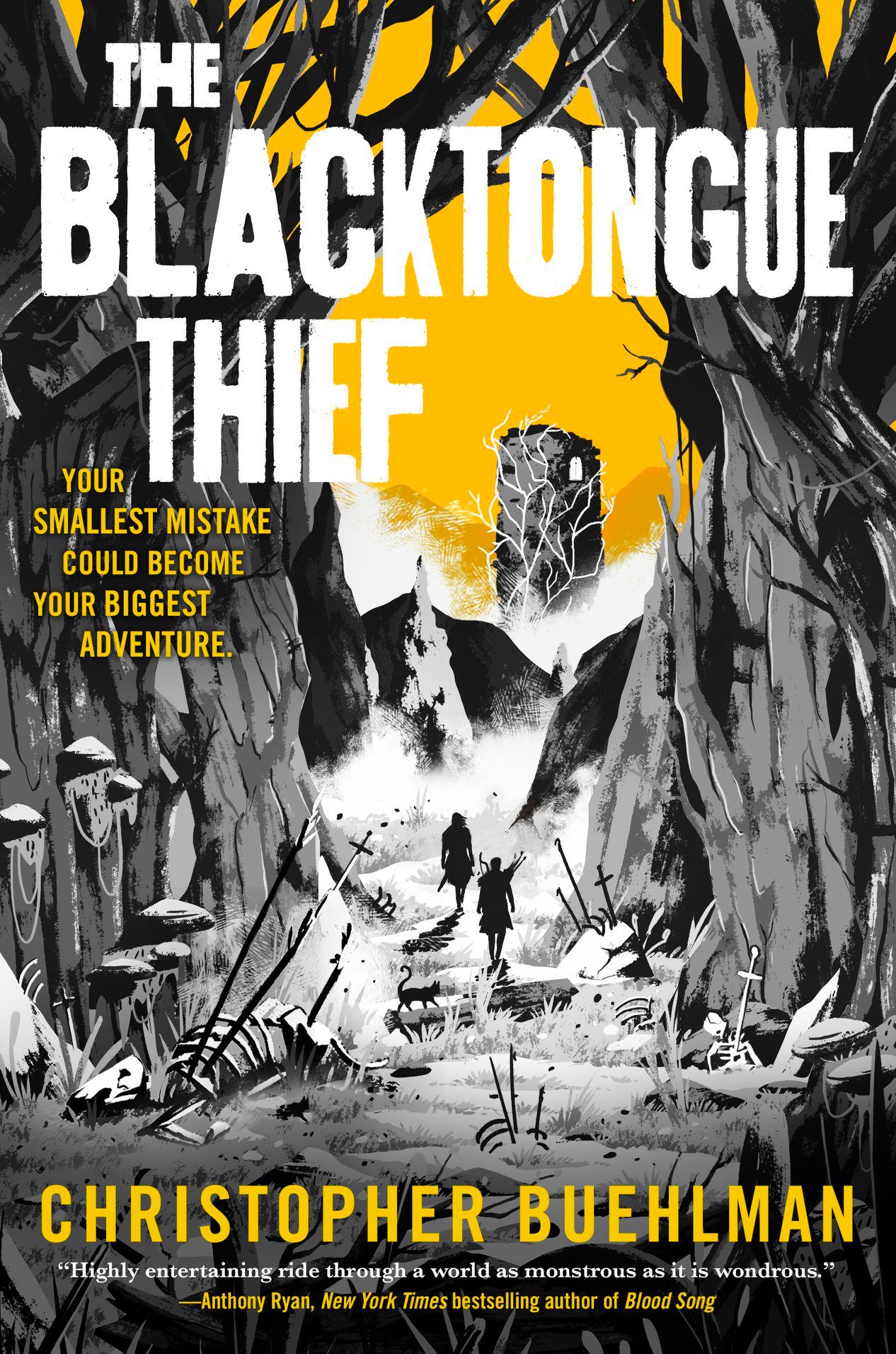 "Kinch Na Shannack owes the Takers Guild a small fortune for his education as a thief, which includes (but is not limited to) lock-picking, knife-fighting, wall-scaling, fall-breaking, lie-weaving, trap-making, plus a few small magics. His debt has driven him to lie in wait by the old forest road, planning to rob the next traveler that crosses his path.
But today, Kinch Na Shannack has picked the wrong mark.
Galva is a knight, a survivor of the brutal goblin wars, and handmaiden of the goddess of death. She is searching for her queen, missing since a distant northern city fell to giants.
Unsuccessful in his robbery and lucky to escape with his life, Kinch now finds his fate entangled with Galva's. Common enemies and uncommon dangers force thief and knight on an epic journey where goblins hunger for human flesh, krakens hunt in dark waters, and honor is a luxury few can afford. "
I've been intrigued by The Blacktongue Thief ever since I saw it a while back, but lately I have just been seeing so many positive reviews and raves for it that I am now really hoping to have a chance to pick it up!