Can't-Wait Wednesday: Inside Man by K.J. Parker & The Wolf and the Woodsman by Ava Reid 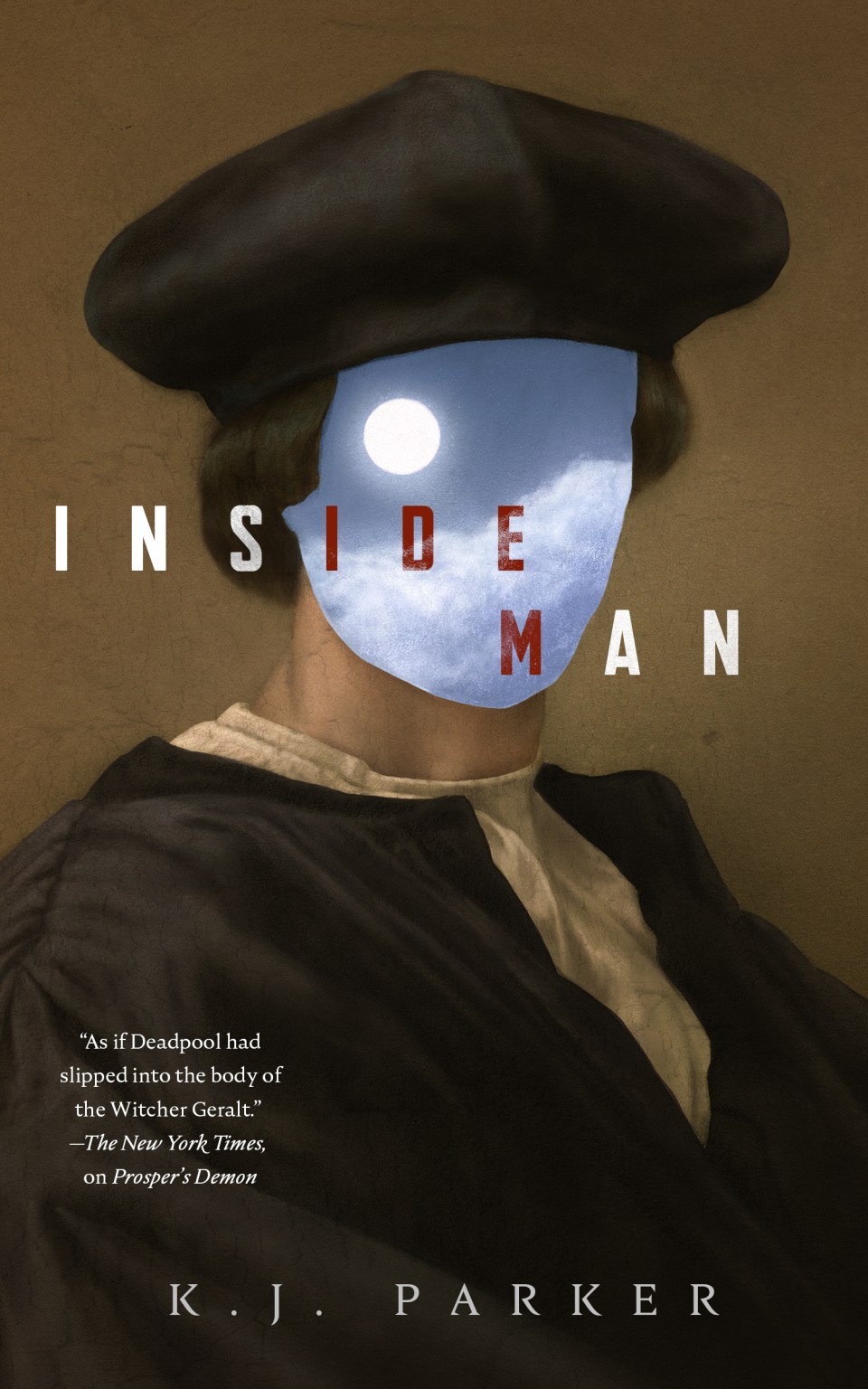 From Goodreads:
"K.J. Parker returns to the amoral world of Prosper’s Demon with a wry, sardonic novella that flips the eternal, rule-governed battle between men and demons on its head.
An anonymous representative of the Devil, once a high-ranking Duke of Hell and now a committed underachiever, has spent the last forever of an eternity leading a perfectly tedious existence distracting monks from their liturgical devotions. It’s interminable, but he prefers it that way, now that he’s been officially designated by Downstairs as “fragile.” No, he won’t elaborate.
All that changes when he finds himself ensnared, along with a sadistic exorcist, in a labyrinthine plot to subvert the very nature of Good and Evil. In such a circumstance, sympathy for the Devil is practically inevitable."
I had a pretty great time with K.J. Parker's Prosper's Demon and I was pretty excited to see that we'd have another novella set in the same general world. Can't wait for this one!

From Goodreads:
"In her forest-veiled pagan village, Évike is the only woman without power, making her an outcast clearly abandoned by the gods. The villagers blame her corrupted bloodline—her father was a Yehuli man, one of the much-loathed servants of the fanatical king. When soldiers arrive from the Holy Order of Woodsmen to claim a pagan girl for the king’s blood sacrifice, Évike is betrayed by her fellow villagers and surrendered.
But when monsters attack the Woodsmen and their captive en route, slaughtering everyone but Évike and the cold, one-eyed captain, they have no choice but to rely on each other. Except he’s no ordinary Woodsman—he’s the disgraced prince, Gáspár Bárány, whose father needs pagan magic to consolidate his power. Gáspár fears that his cruelly zealous brother plans to seize the throne and instigate a violent reign that would damn the pagans and the Yehuli alike. As the son of a reviled foreign queen, Gáspár understands what it’s like to be an outcast, and he and Évike make a tenuous pact to stop his brother.
As their mission takes them from the bitter northern tundra to the smog-choked capital, their mutual loathing slowly turns to affection, bound by a shared history of alienation and oppression. However, trust can easily turn to betrayal, and as Évike reconnects with her estranged father and discovers her own hidden magic, she and Gáspár need to decide whose side they’re on, and what they’re willing to give up for a nation that never cared for them at all."
This sounds like it's going to be a really beautiful and meaningful story, and I'm really looking forward to reading it!

Email ThisBlogThis!Share to TwitterShare to FacebookShare to Pinterest
Labels: Ava reid, cww, inside man, kj parker, the wolf and the woodsman