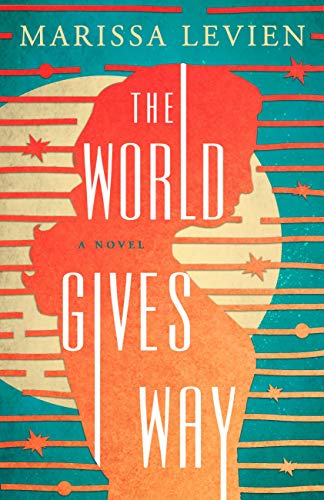 About The World Gives Way:
"In fifty years, Myrra will be free.
Until then, she's a contract worker. Ever since she was five, her life and labor have belonged to the highest bidder on her contract—butchers, laundries, and now the powerful, secretive Carlyles.
But when one night finds the Carlyles dead, Myrra is suddenly free a lot sooner than she anticipated—and at a cost she never could have imagined. Burdened with the Carlyles' orphaned daughter and the terrible secret they died to escape, she runs. With time running out, Myrra must come face to face with the truth about her world—and embrace what's left before it's too late.'"
I've opted to provide a mini-review for The World Gives Way because there's a lot I could say about this book that would end up being a spoiler, so I decided I'd rather keep it brief, but informative. The World Gives Way is a really interesting book for a number of reasons. It's sci-fi, but the real focus seems to be on the characters rather than the speculative fiction components. This almost reminds me of those books that you find in the literary/general fiction section that are still very speculative in nature, but for some reason they're not in the SFF section (though there are plenty of speculative elements present!).
What I liked: Myrra and Tobias are our two main protagonists, and since this is a very character-focused story I appreciated how much time we got to spend with them and get to know them. Myrra is a determined woman and I appreciated her continuous use of her wits to figure out what to do and how to handle various situations that popped up. Both her and Tobias start out not quite sure of themselves and their roles, and I liked how both of them learned to adapt to their surroundings and slowly grow their confidence with their actions--which became rather important as the story progressed. Their emotions and personalities were also vital in understanding how they reacted to various events in the novel, as well as in following their journey as some truly unexpected things comes to light. I also really appreciated the insight into the world itself and learning how this odd society functioned. It was exciting to discover how much this ship made the world seem like a real one, complete with different ecosystem-like areas (for instance, a desert, an underwater city, etc.) and a willful ignorance of the fact that everyone was actually on a ship that would be floating in the middle of space for over a century by the time it makes it to its target destination.
What I didn't like: I really wish we had been able to get a bit more about the world and how the ship worked. This book was so fascinating in that regard, but it felt like a bit of vignette of this life on a ship–which I guess it sort of was--rather than a deeper exploration of how society functioned. Although we got some mentions, it just left me wanting more, and in the end it left me feeling as though I enjoyed the story, but I didn't really know the story, almost more like a short story feeling rather than a novel-length story. The character focus was extremely important to the story, but I do wish there had maybe been more focus on other aspects to balance it out more.
Overall, I've given The World Gives Way by Marissa Levien 3.75 stars! This was a really interesting concept that I'm glad I got to explore, and I will definitely be looking out for more from Marissa Levien in the future.
*I received a copy of The World Gives Way courtesy of the publisher in exchange for an honest review.*